Click once, then twice to enlarge the work of art.

Presidents’ Day is arriving on Monday and George Washington is one of the most familiar of the 44 chief executives. The image we often see in our history books is a stoic looking older man in his sixties (with ill fitting teeth) usually interpreted by Gilbert Stuart.  However, Charles Wilson Peale, another renowned early American portraitist, captures a middle aged Colonel Washington in the uniform of his native colony of Virginia done in 1772.

Washington seemed less than enthusiastic about posing for he writes in a letter at the time,

….I am now under the hands of Mr. Peale, but in so grave, so sullen a mood, and now and then under the influence of Morpheus when some critical strokes making, that I fancy the skill of this gentleman’s pencil will be put to it in describing to the world the manner of a man I am.* 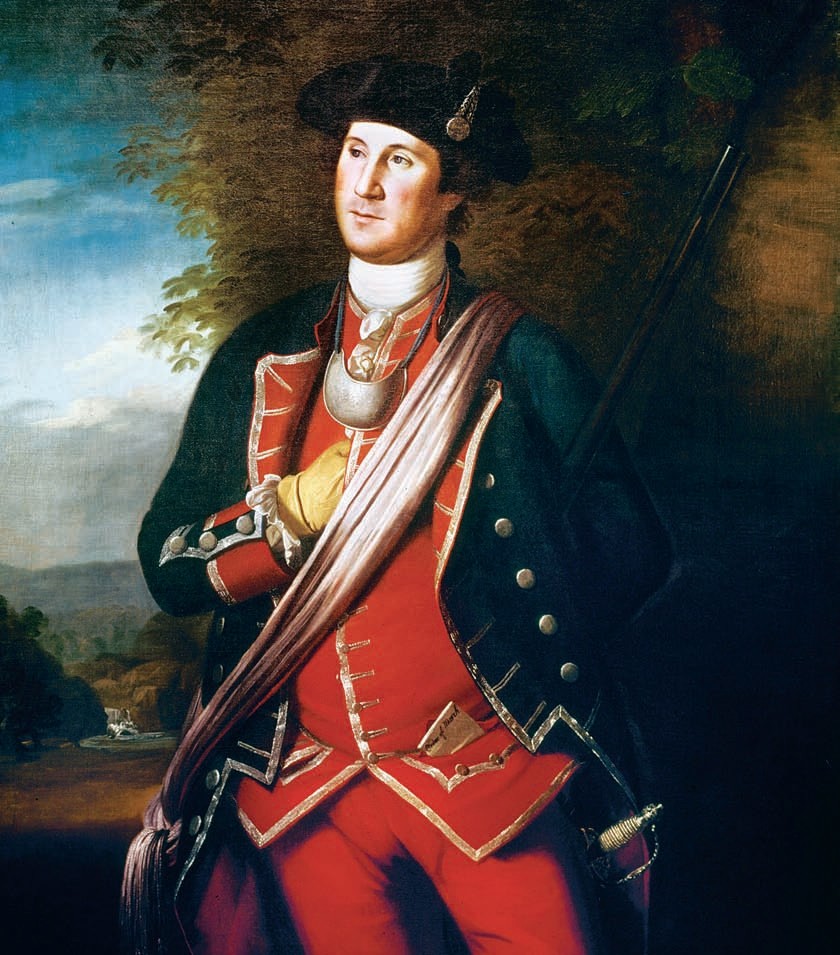 Peale, though, was impressed by the physical prowess of his 40 year old subject who bested the younger artist and his companions at pitching iron bars. For according to Peale,

No sooner did the heavy iron bar feel the grasp of Washington’s mighty hand than it lost the power of gravitation and whizzed through the air, striking the ground, far, very far beyond our utmost limits.   We were indeed amazed, as we stood around all stripped to buff, with short sleeves rolled up, and having thought ourselves very clever fellows, while the Colonel, on retiring, pleasantly observed, “When you beat my pitch, young gentlemen, I’ll try again.”**

The quotes of Washington and Peale are from George Washington: The Forge of Experience (1732-1775) by James Thomas Flexner, Little , Brown and Company, New York,1965.

To view another presidential blog, see:

The President’s Art Galley: Highlights of the White House Collection

The above painting is used solely for educational purposes.

And discover more American art in Through an Artist’s Eyes: Learning to Live Creatively.