Click on the paintings and photograph to enlarge and enhance them.

FINAL FAST FACT—-AT THE END OF THE WORLD

In September, 1901, Paul Gauguin leaves Tahiti, taking an over 850 mile journey to Hiva-oa in the French Marquesas Islands, which even in 2014 are one of the most remote places on the earth. The artist had spent almost 8 years in what he had once hoped would be a tropical paradise.* Now eager to move, Gauguin writes optimistically to his friend painter Daniel de Monfried about his future home:

I think that in the Marquesas, with the ease with which one can get  models (something that is becoming more and more difficult in Tahiti), and then with landscapes to discover—in short , with entirely new and more primitive elements, i will do some FINE things.

However, Gauguin is quickly disillusioned after he arrives, angered by what he considers the corrupt practices of the local authorities and their destruction of the native heritage.  He suffers too from declining health (possibly the result of advanced syphilis) as well as a lack of finances. But he continues to create, building what he calls the House of Pleasure, both home and studio, covered with his astonishing carvings (only a few pieces have been preserved).

Among Gauguin’s most memorable paintings from this period are depictions of riders and horses which were common on the island.  Otherworldly works like Riders, set in an enchanted jungle (the hooded figure has been interpreted as a sign of death),

and Riders and Horses, where both living men and ghostly specters, gallop across a wide beach toward the eternal sea.

A Farewell from Gauguin

Gauguin dies on May 8, 1903.  In a letter to Daniel de Monfried not long before his death, he reflects on his legacy:

You have known for a long time what I wanted to establish: the RIGHT to dare everything.  My capacities….have not led to any great result, but at least the machine is in motion.  The public owes me nothing, since my pictorial work is only relatively good, but the painters who, today, are profiting from this freedom, do owe me something. 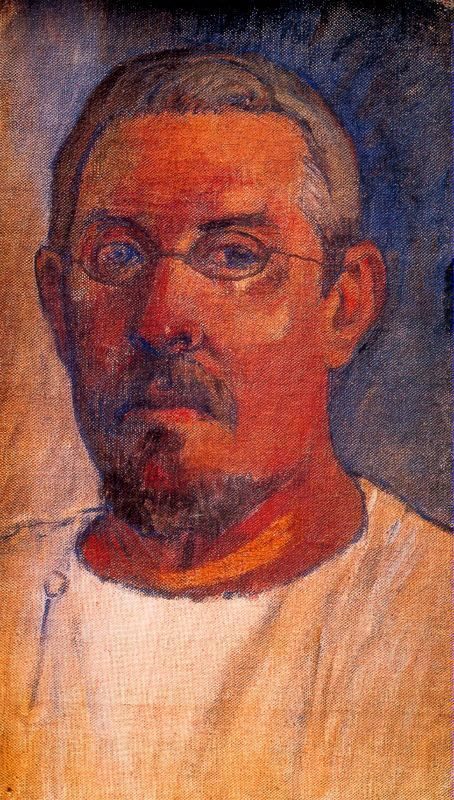 Gauguin never left his faraway island of Hiva-oa; he is buried in a Catholic cemetery near Atuona. 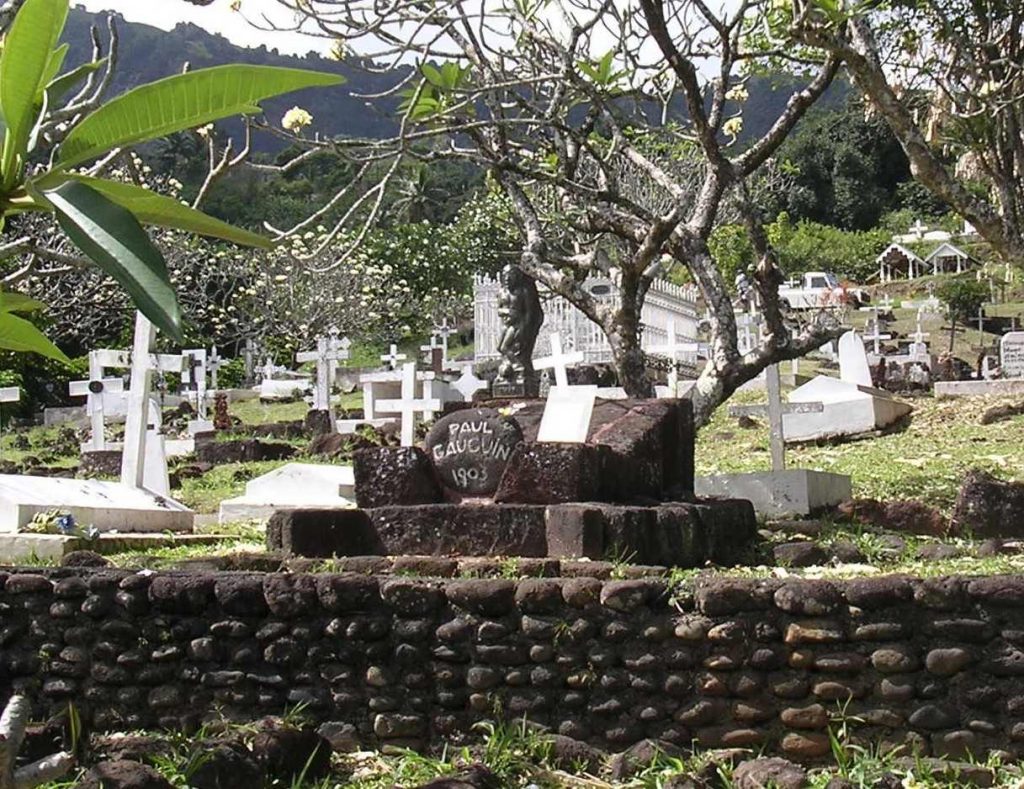 The resources for this blog are Gauguin by Alan Bowness, Phaidon Press, London, UK, 1991 and The Art of Paul Gauguin (catalog of exhibition) by Richard Brettell and other art historians, published by the National Gallery of Art, Washington, D.C. and the Art Institute of Chicago, Chicago, Illinois, 1988.