I will soon be a father anew in Oceania.* 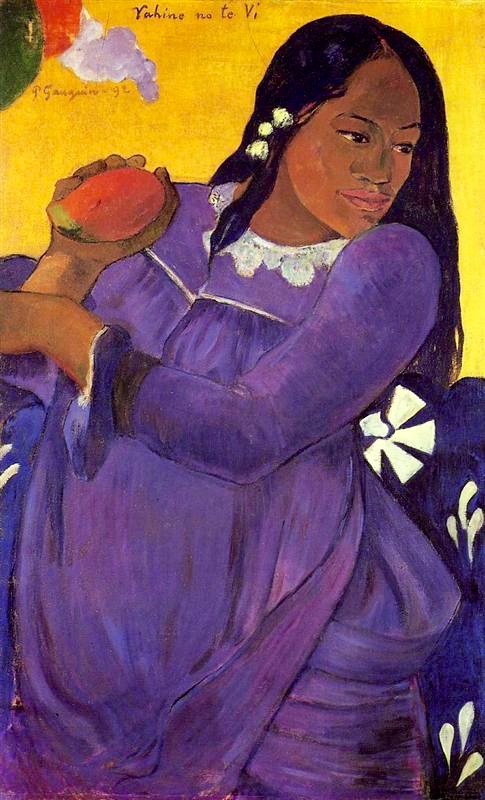 Paul Gauguin, Vahine no te vi (Woman with a Mango), 1892, oil on canvas, The Baltimore Museum of Art, Baltimore, MD

Whatever happened to Tehamana, Post-Impressionist Paul Gauguin’s muse and mistress?  Only thirteen in Woman with a Mango above, and obviously pregnant, she appears in several of the artist’s canvases done in 1891 and 1892 during his first Tahitian period.  Then Tehamana seems to disappear, along with the new infant.  Did he desert her?  Or she leave him?  Or was the vivacious teenager with the rich, brown complexion and dark, flowing hair, a casualty of childbirth?

*Excerpt from correspondence to Daniel de Monfreid, possibly written in the summer of 1892.