By Joan Hart on November 3, 2015 in Art Happenings

In times of joy, all of us wished we possessed a tail we could wag. 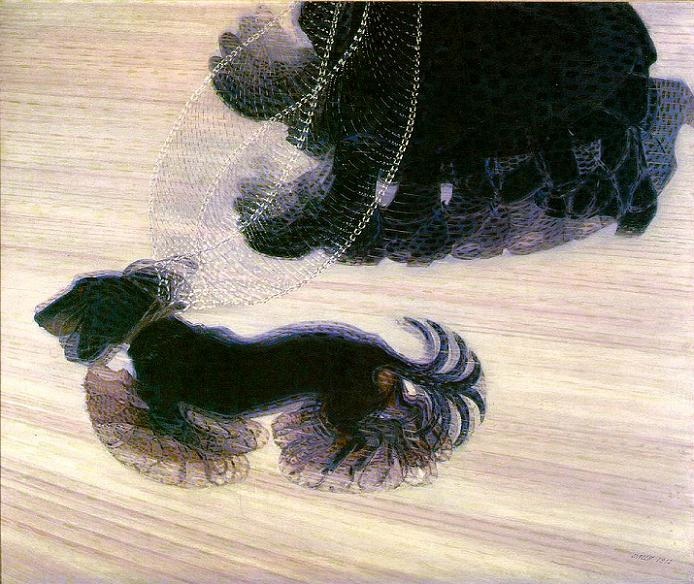 When Giacomo Balla (1871-1958) created Dynamism of a Dog on its Leash in 1912, he was a major advocate of the Italian art movement Futurism. Like his colleagues, Umberto Boccioni and Gino Severini, Balla was inspired by speed and the acceleration of modern life, a result of the growing impact of technology on society.  Yet, instead of depicting the rapid movement of the newly invented car and airplane, the artist decided to focus on the centipede-like exertions of a dachshund on his daily walk.

Anglo-American poet, playwright and essayist  W. H. Auden (1907-1973) captured the turmoil and upheaval of twentieth century civilization caused by industrialization, totalitarian governments, as well as mass warfare in such works as September 1, 1939 and The Age of Anxiety.  However, Auden was also recognized for his witty sayings.

The above image is in the U.S. public domain.