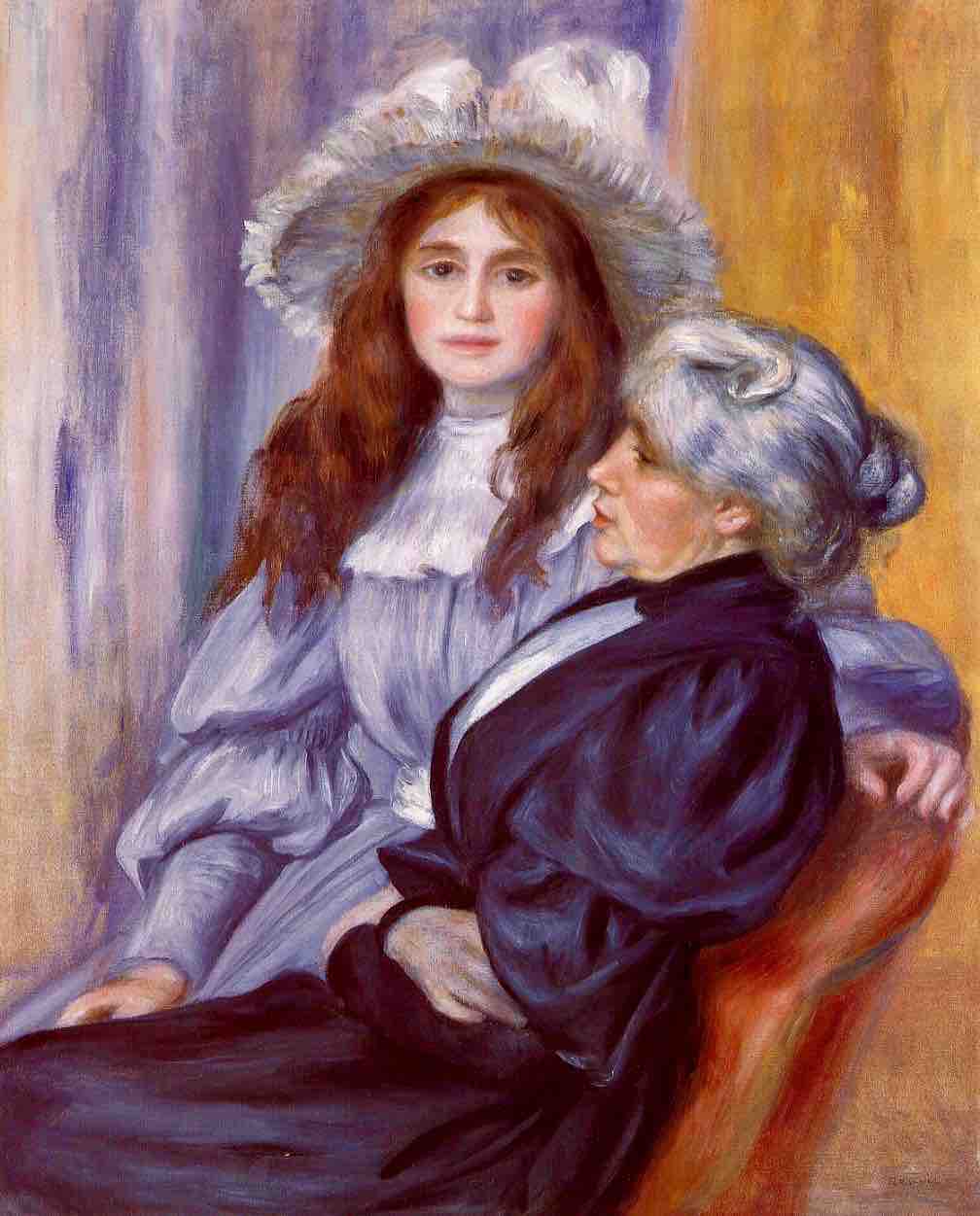 Berthe Morisot (1841-1895) made significant creative contributions to the French Impressionists, participating in all but one (1879) of the eight exhibitions held by the group.  Why was Morisot unable to participate with her colleagues that year? Because of the birth of her only child Julie (1878-1966), who would someday become an artist herself.

Morisot depicted Julie numerous times, in all stages of her childhood and adolescence. For instance, in the painting below, we can view a three year old Julie with her father Eugene Manet (1833-1892), the brother of another leading figure of French art, Edouard Manet (1832-1883).  They are siting in a garden at Bougival, where the family spent summers away from the heat of Paris where they lived.

Later, Morisot’s close friend and fellow Impressionist Pierre-Auguste Renoir (1841-1919) would immortalize both Berthe and her now teenage  daughter in a unique portrait of maternal love.  Unfortunately Morisot would die just a year later. 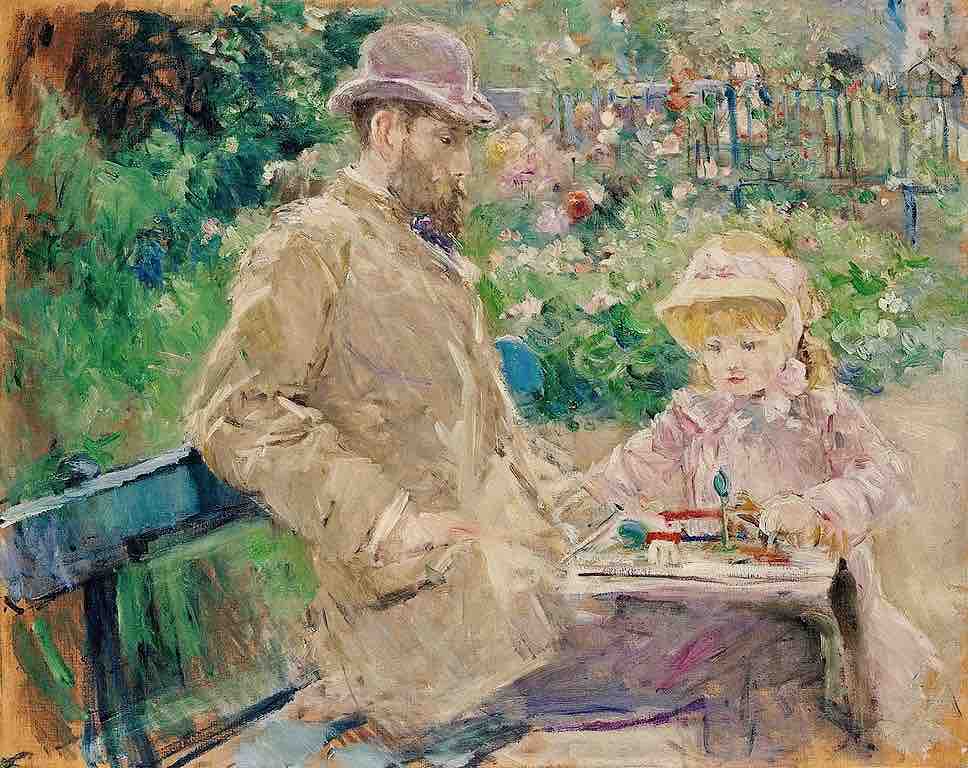 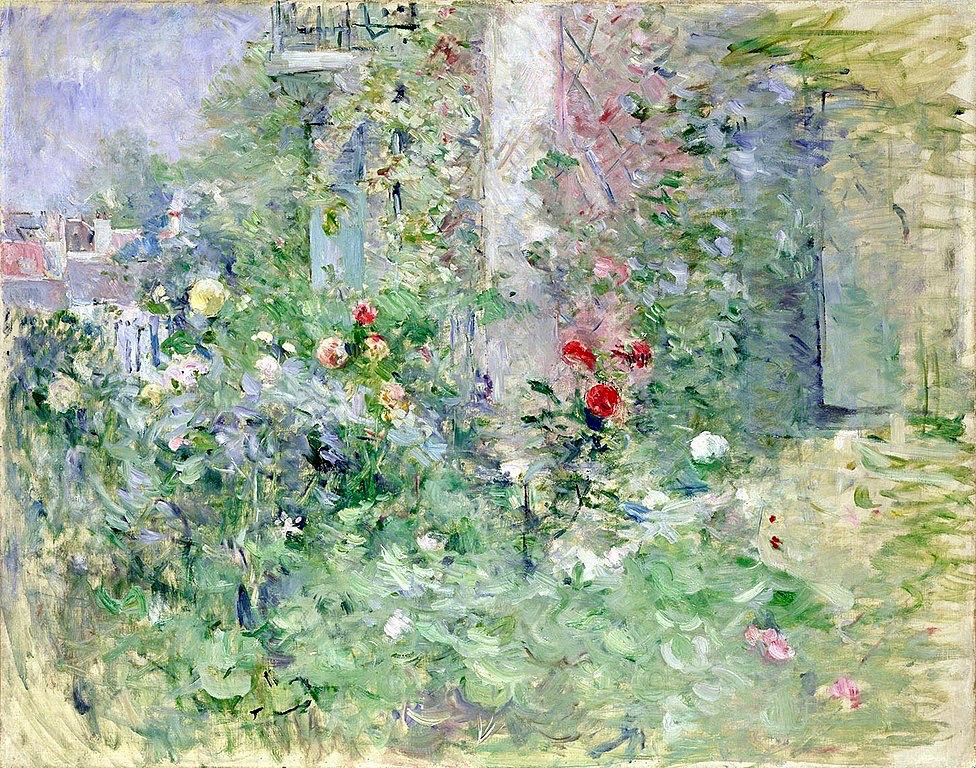