For years, scientists have documented the rapid retreat of Arctic ice, from melting glaciers in Greenland to shrinking snow cover in far northern Eurasia. Now researchers have discovered one Arctic ice cap that appears literally to be sliding into the sea.

Ice is disappearing at an astonishing rate in Austfonna, an expanse of frozen rock far north of the Arctic Circle in Norway’s Svalbard island chain.  Since 2012, the ice cap covering the island has thinned by a whopping 160 feet….

Put another way, the ice cap’s vertical expanse dropped in two years by a distance equivalent to the height of a 16-story building.

My blog today was going to be on Thomas Cole again (see: Wednesday, January 21), but I instantly changed my mind when I saw yesterday morning’s newspaper headline, “Ice cap on Arctic island slides rapidly into the sea.”  For Frederic Church, Cole’s star pupil of the Hudson River School of art, was a specialist in icebergs circa 1861.

Few American artists could match Church’s success in the mid 1800s. His immense landscapes, painted according to one critic with scientific eloquence, often sold for record-breaking prices. Like Cole, he both lived and worked along the Hudson River, eventually building himself the architectural gem, Olana.  But he also traveled widely across the hemispheres, always seeking another subject, whether natural or man-made, that would astound the general public: from the Heart of the Andes in Ecuador, 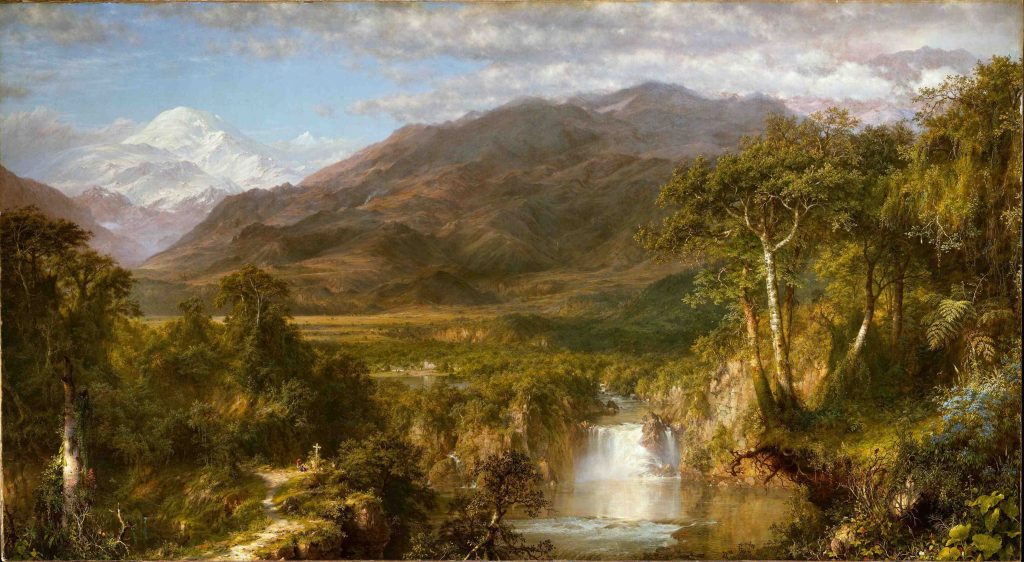 Frederic Church, Heart of the Andes, 1859, oil on canvas, The Metropolitan Museum of Art, New York

to northern Maine in Fog Off Mount Desert,

to the ancient ruins of El Khasne, Petra, in modern day Jordan. 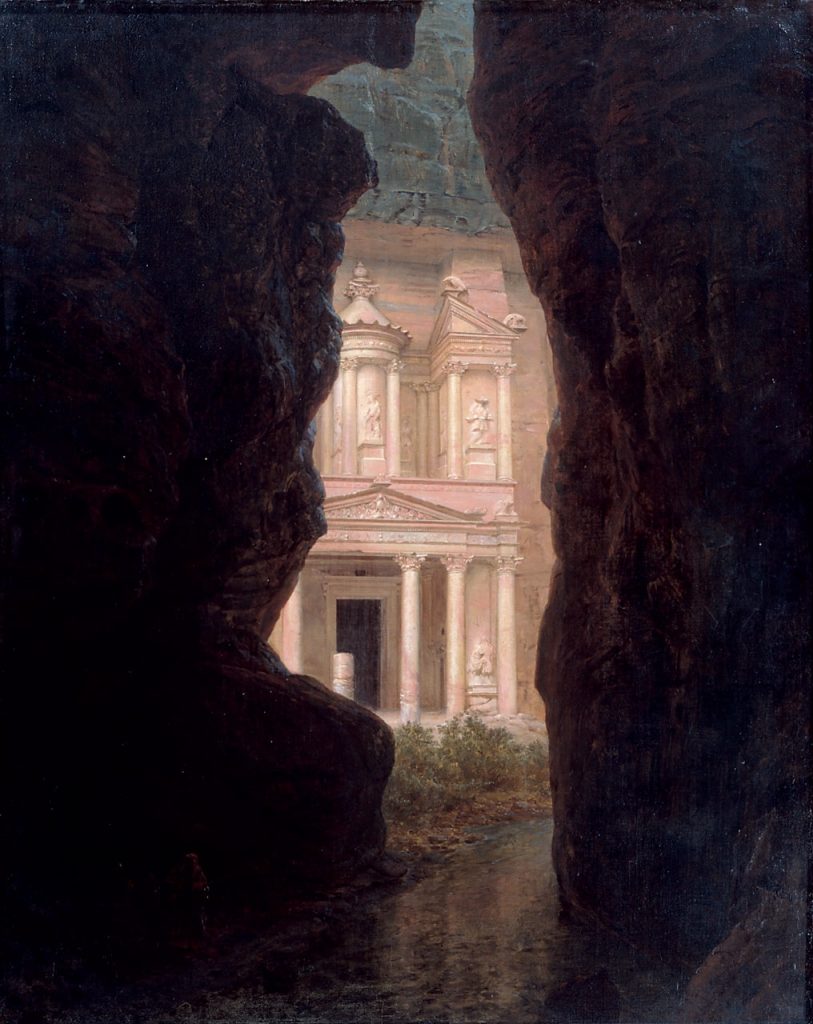 However, perhaps his most perilous journey was to the Arctic during the summer of 1859, in search of the ultimate iceberg. Church and his author friend, the Reverand Louis L. Noble, sailed for six weeks along the coast of Newfoundland and Labrador. During this voyage, the painter managed to produce numerous oil sketches on paper or paperboard en route, battling the constant motion of the waves as well as seasickness.

The Icebergs, approximately 5 by 9 feet in size, was executed in about a year by Church, attracting crowds of spectators in New York and Boston—who, with the enthusiasm of 2015 movie-goers paid 25 cents to be awed by the icy colossus. Then in 1979, more than a century later, it caused another sensation when bought from Sotheby’s for a unprecedented $2.5 million dollars, the highest amount yet for an American work. 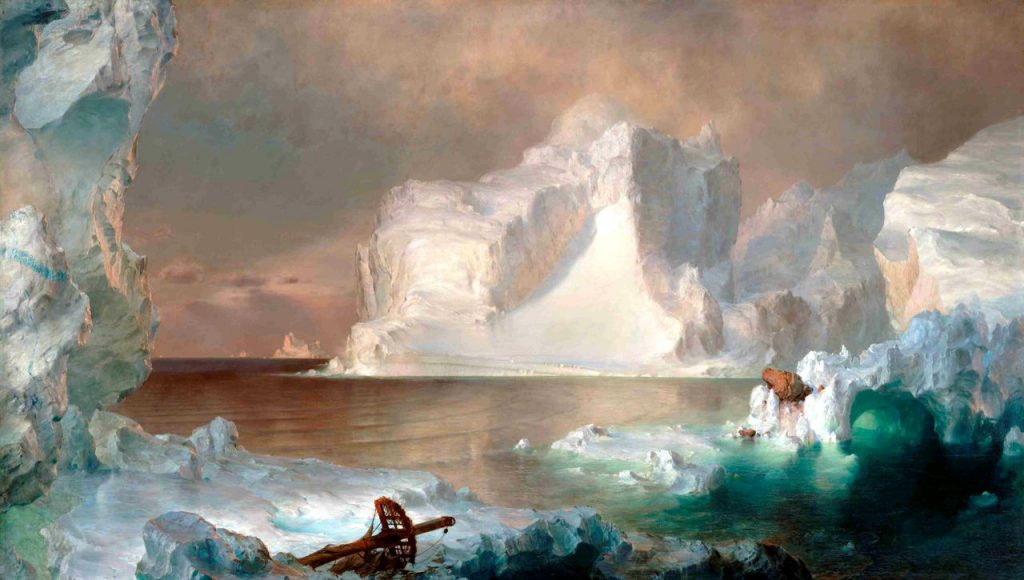 Ironically, the purchaser was Lamar Hunt, son of oil tycoon, H.L. Hunt, who donated The Icebergs to the Dallas Museum of Art, when the concepts of climate change and global warming were generally unknown. However, NASA has since created its own rendition of the polar zone with two satellite images showing the decline of perennial sea ice between 1980, 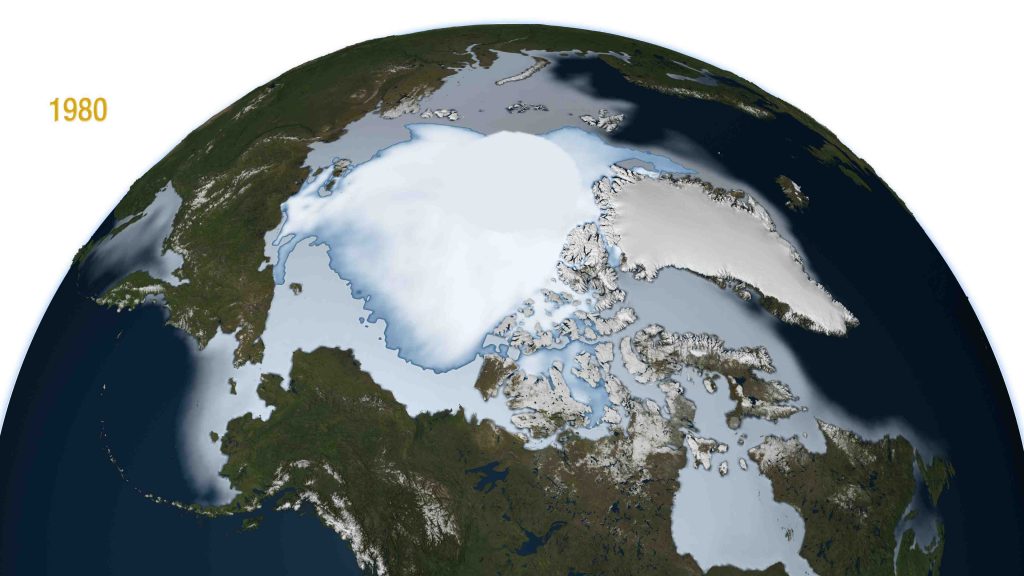 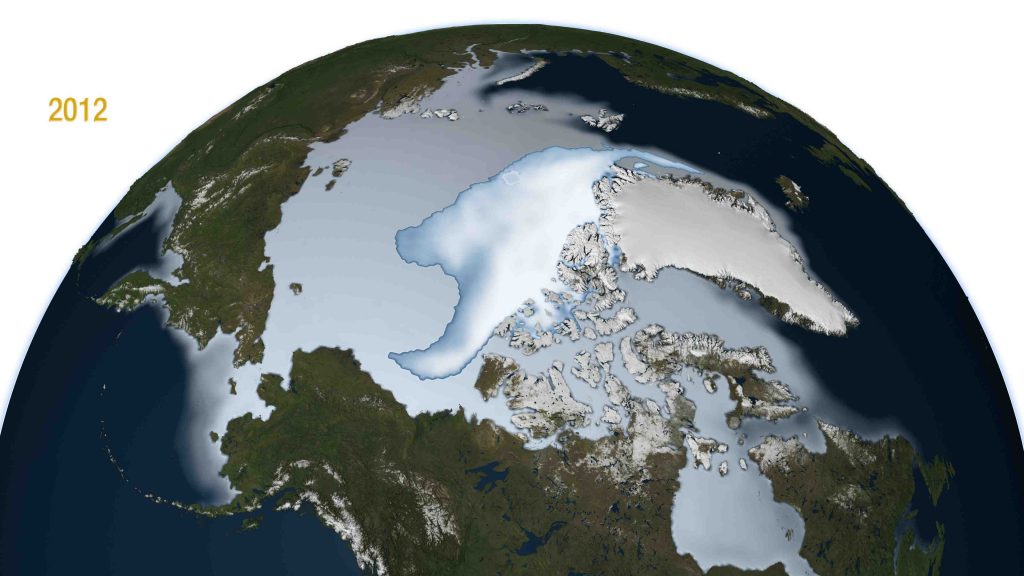 The sources for this blog include: Frederic Church and the Landscape Oil Sketch by Andrew Wilton, National Gallery Company, London, 2013 as well as other websites and articles.