CHRISTMAS AT THE ART MUSUEM

Take a virtual journey through the holidays during the next fortnight with a variety of paintings and other media: from religious altarpieces to Dickens’ Christmas Carol to Impressionist snowscapes.  And don’t forget to check the links connecting you to several art museums’ guided tours of Christmas themes in their collections.

The Merode Altarpiece is the jewel of the Metropolitan Museum’s Cloisters, created almost 600 years ago in what is now modern Belgium.  Its artist is debated, often previously considered to be Robert Campin, a leading luminary of the Northern Renaissance.  However, today the work is credited to members of his workshop, who painted in the heightened realism typical of their contemporaries. The clarity of light and rich colors produced by the then new medium of oil which, because it dried more slowly than egg based tempera, also allowed them to model every detail with skillful precision.

In the center is The Annunciation, set in what at first glance is an ordinary room, although its occupants are divine. The angel Gabriel has likely just appeared for the Virgin is unaware of his presence, still absorbed in her prayer book. A miracle is about to occur, evident in signs such as the miniature figure of the Christ Child and cross floating by the oval windows, or the extinguished candle on the multiple sided table. The tall, white lilies in the intricately decorated vase have a spiritual meaning too, referring to Mary’s chastity.

Note: to discover more about the iconography, just click. 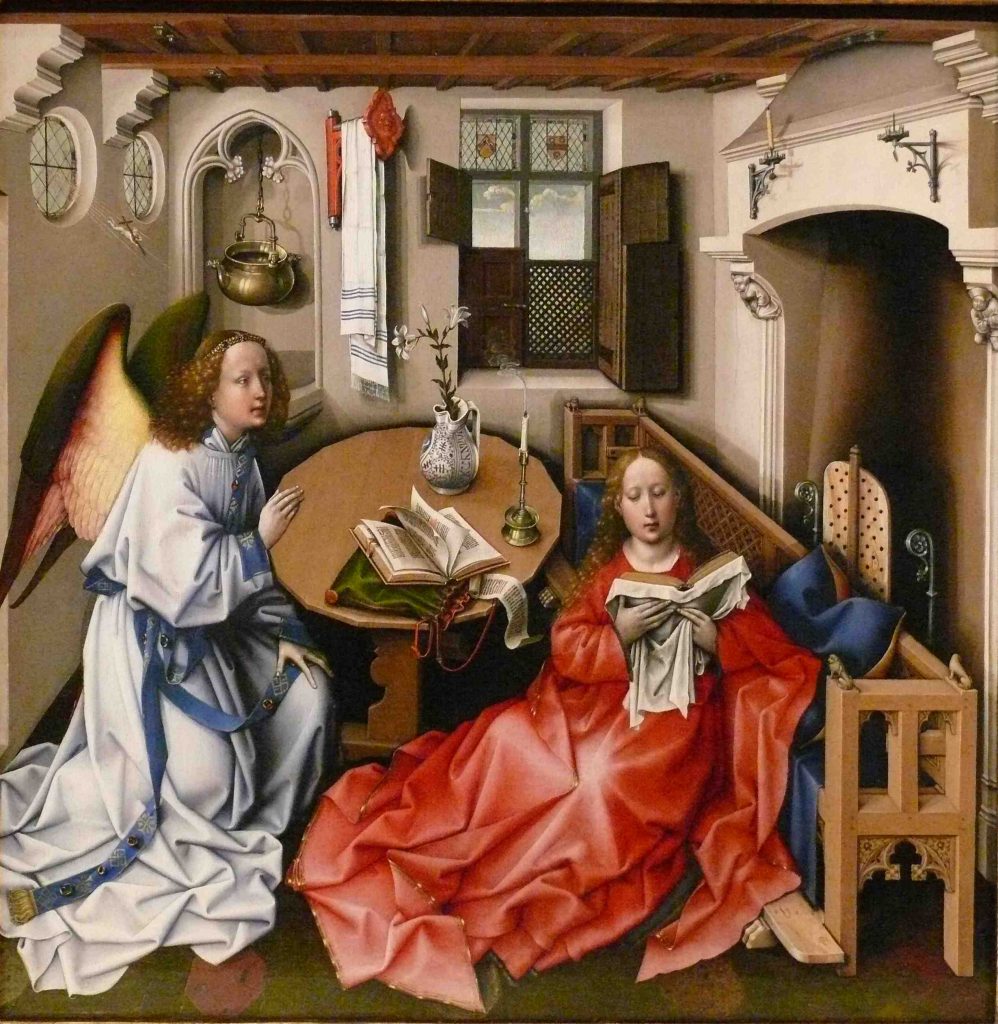 THE CHRISTMAS STORY AT THE METROPOLITAN MUSEUM OF ART

A NARRATIVE IN MEDIEVAL AND RENAISSANCE ART

An Amazing Art Round Up!