By Joan Hart on December 5, 2014 in Art Happenings

BE CERTAIN to click on the works of art to enlarge or enhance them.

THE ART OF FOOD, PART III

Just a few more offerings remain on the menu including a picnic, a loaf of bread, a champagne lunch, afternoon tea, and a market fruit stand.

Seating themselves on the greensward, they eat while the corks fly and there is talk, laughter, and merriment and perfect freedom, for the universe is their drawing room and the sun is their lamp.  They have appetite, Nature’s special gift, which lends to such a meal a vivacity unknown indoors, however beautiful the surroundings. 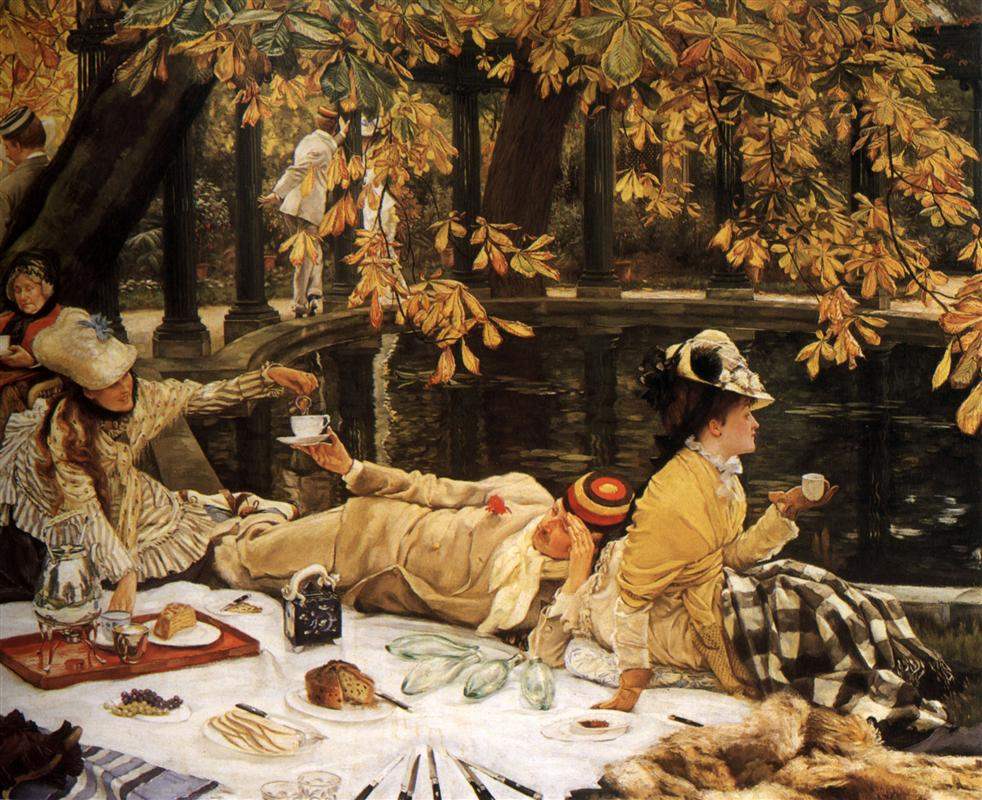 All sorrows are less with bread. 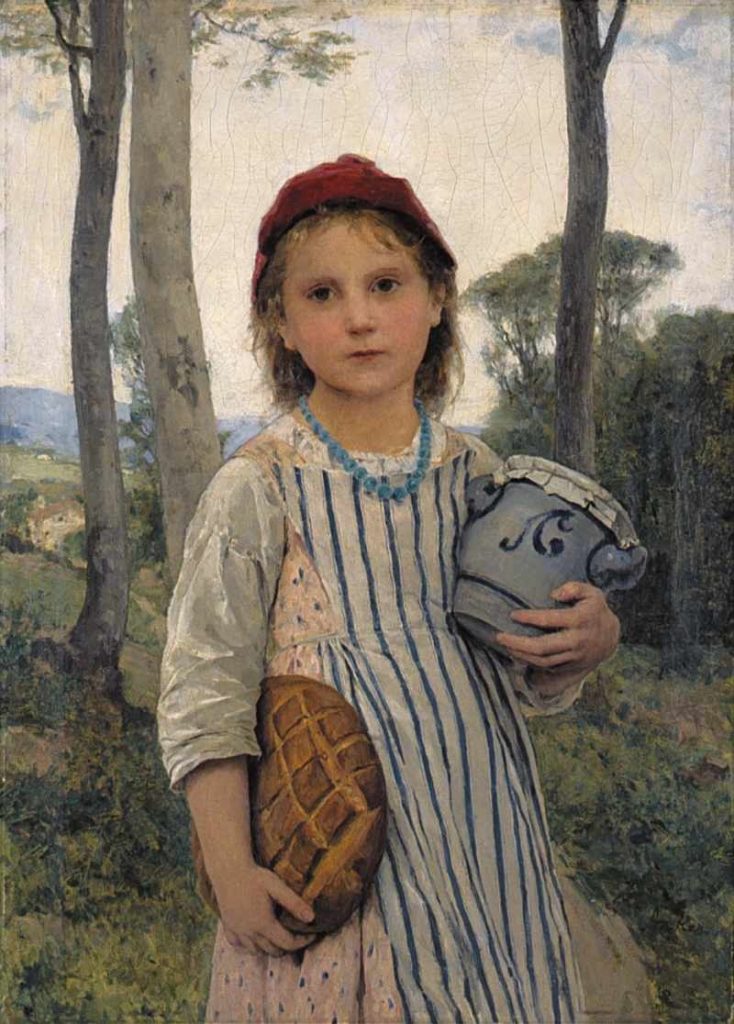 There are few hours in life more agreeable than the hour dedicated to the ceremony known as afternoon tea.

To eat is a necessity, but to eat intelligently is an art.