HOPE IS THE THING WITH FEATHERS

“Hope” is the thing with feathers –

That perches in the soul –

And sings the tune without the words – 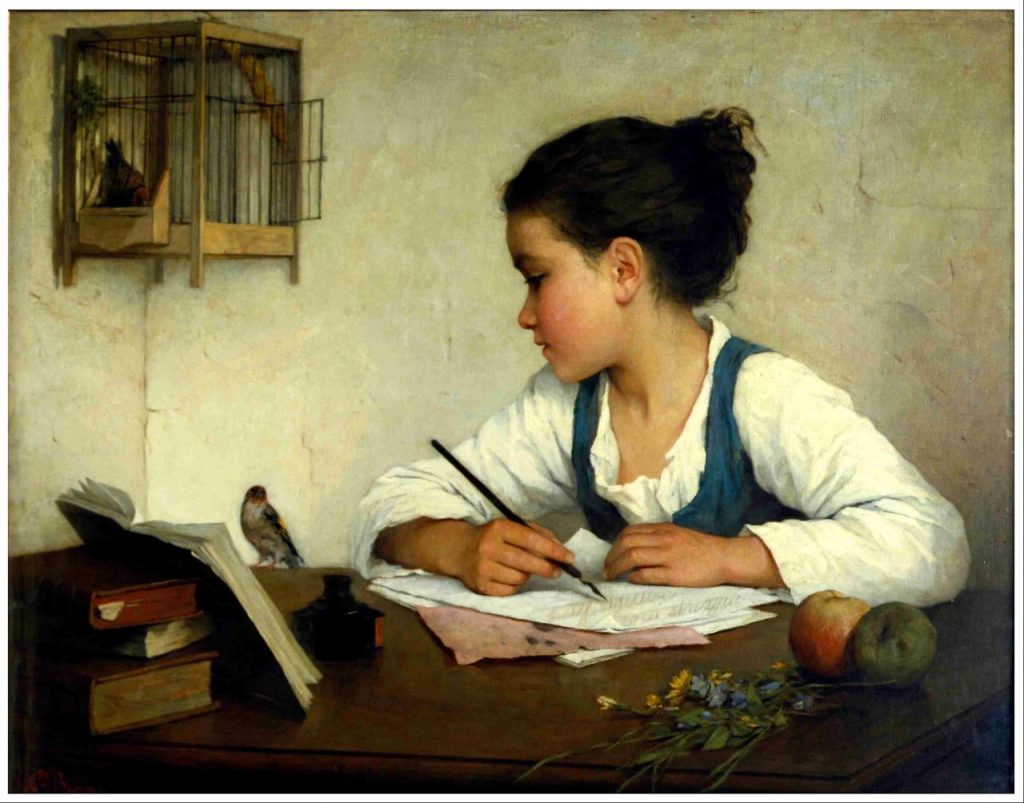 And sore must be the storm –

That could abash the little Bird

That kept so many warm –

I’ve heard it in the chillest land –

And in the strangest Sea –

Yet – never – in Extremity,

French Realist painter Henriette Browne (1829-1901) was actually Madame Jules de Saux, the wife of a diplomat. She utilized a pseudonym during her professional career. Born in Paris, Browne studied with major artist-teachers like Charles Chaplin (who also instructed Mary Cassatt) and displayed her works in leading venues like the Salon in France and the Royal Academy in Great Britain.  Her forte was genre—everyday scenes like A Girl Writing: The Pet Goldfinch above—as well as religious and Near Eastern themes.

Although her verses were not published until after her death, Emily Dickinson (1830-1886) is now ranked among the greatest American poets.  Except for a year at nearby Mount Holyoke College, she spent her entire life in her father’s home in Amherst, Massachusetts. Her writing was primarily a private activity, never publicly acknowledged by her contemporaries.