I tried to make a painting representing things as they are found in nature.  I put a great deal into the arrangement, but with the idea of making it look like a natural arrangement of random objects.  This is an idea that I have been mulling over a great deal; giving the appearance of a total lack of artistry. 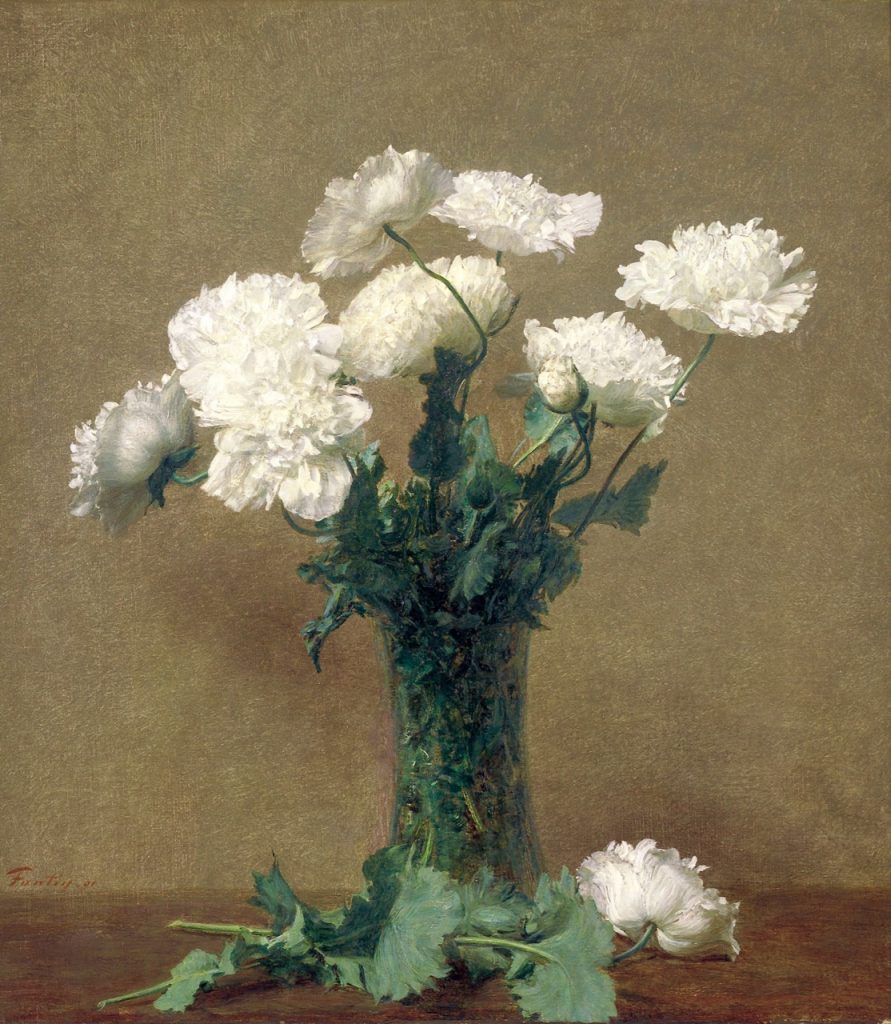 French artist Henri Fantin-Laotour (1836-1904), a friend and contemporary of the Impressionists (although his style greatly differed), is one of the supreme painters of floral arrangements.  His interpretation of Poppies above is a testament to the naturalness for which he strived.  Can’t you almost touch the petals, delicately yet precisely rendered?  Each flower so alive, trying to escape the boundaries of the narrow vase, propelled by the energy of growth. Except for the lone blossom, that lies helplessly on the table—a result not of human carelessness, but of Fantin-Latour’s creative plan.

The above image is used solely for educational purpose.

Bring a garden into your home with Through an Artist’s Eyes: Learning to Live Creatively.