In our previous blogs for Art Circle, landscapes and seascapes have been featured.  However, portraits offer us an opportunity to explore the always fascinating subject of humanity, revealing the character and personality of the individual subjects, and in many cases, their spirits and even their souls.   So meet the women and men as well as children portrayed through artists’ eyes, beginning with the ancient Egyptian mummy paintings of Roman times and continuing throughout the centuries.

Portrait of the Boy Eutyches, Freed Man of Kasanios

I had to get past the “ugh” reaction to the mummy portrait label which is not a good vibe unless you are a Victorian.  The youngster looks like a friendly personality and possibly a mischief maker of a kid.  The details included help me see him as quite human….his open and trusting face, etc. connected me to him.

Art, would that you could represent character and mind!  There would be no more beautiful painting on earth! 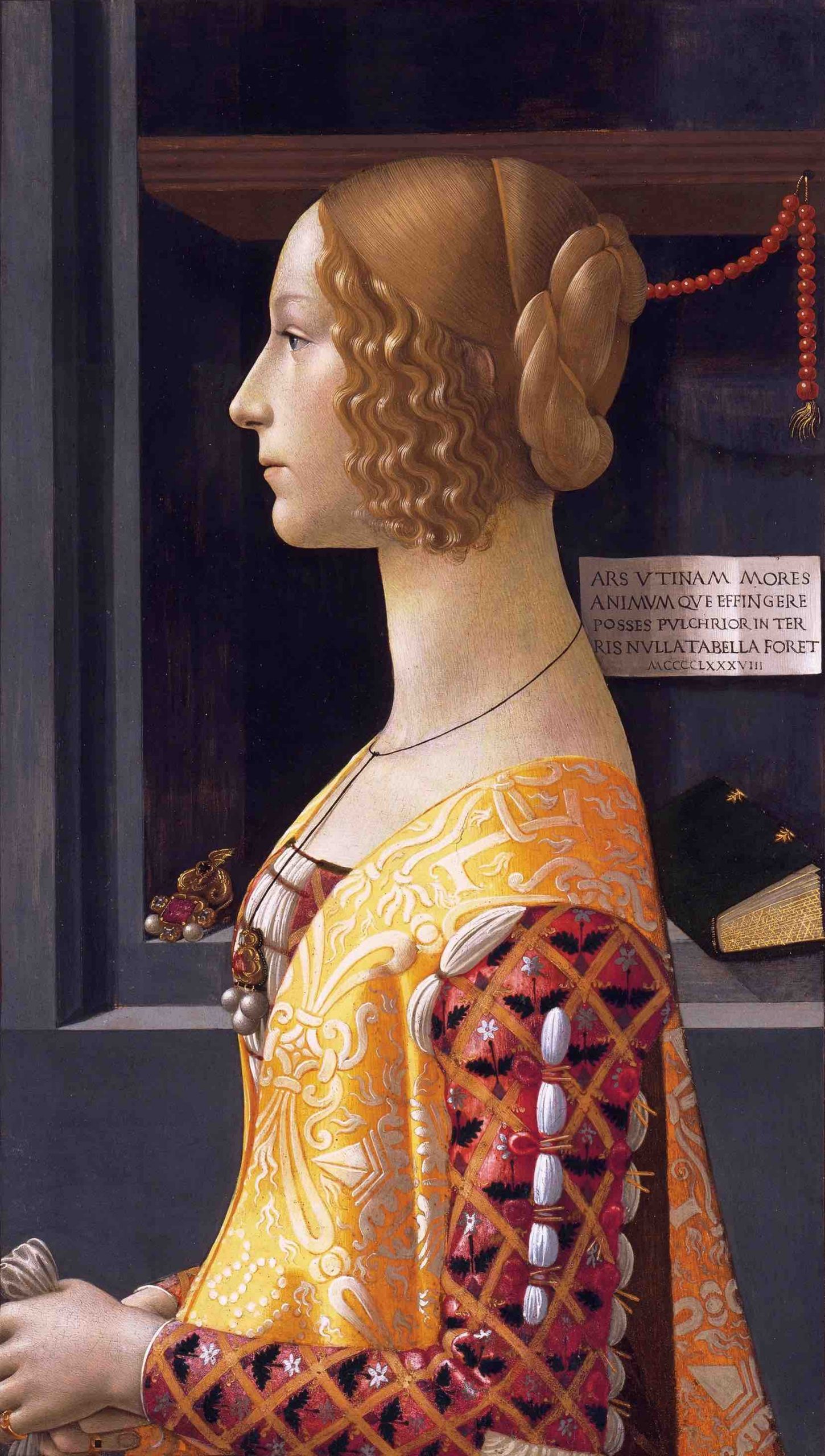 Painted in profile so it limits one’s understanding of her expression.  She is young and vibrant, yet so stiff and serious.  This portrait was a tribute and just look at all those jewels!  And her dress and hairdo are painted in great detail.  It was hard for me to connect with her or to judge the painter’s skill.

Never make a defense or apology before you are accused. 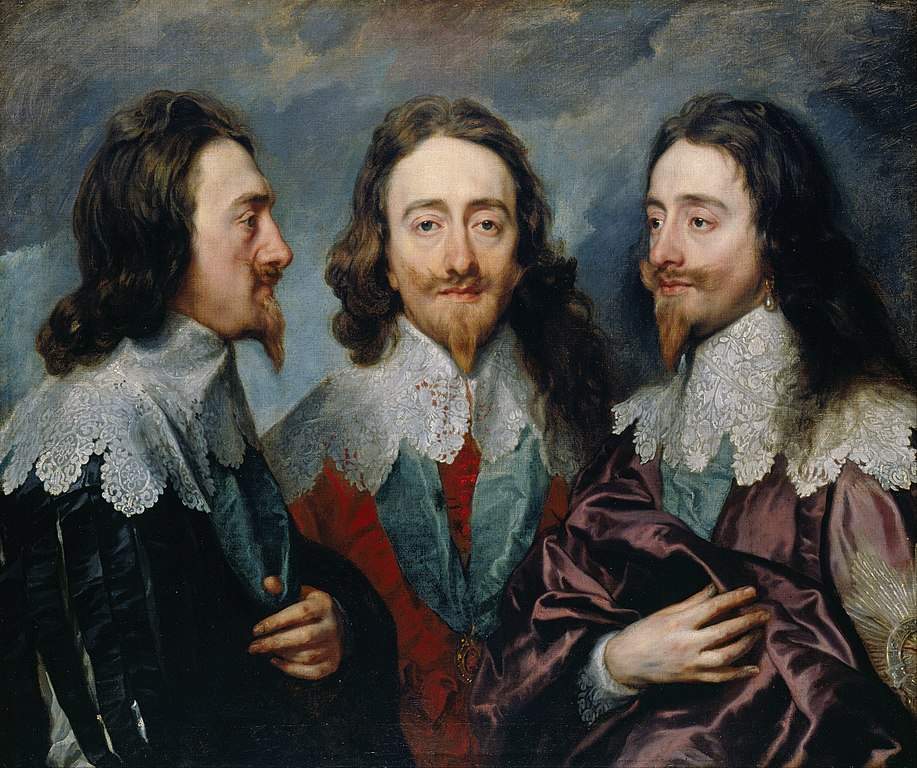 It is interesting that he chose to paint three views of the monarch.  Some of the details are expressive but I don’t understand any of his personality other than being the monarch.  Perhaps that was sufficient.  I know Van Dyck was highly regarded as a portraitist and was very successful so I assume his skill was also impressive.

A certain amount of distrust is wholesome, but not so much of others as ourselves; neither vanity nor conceit can exist in the same atmosphere with it. 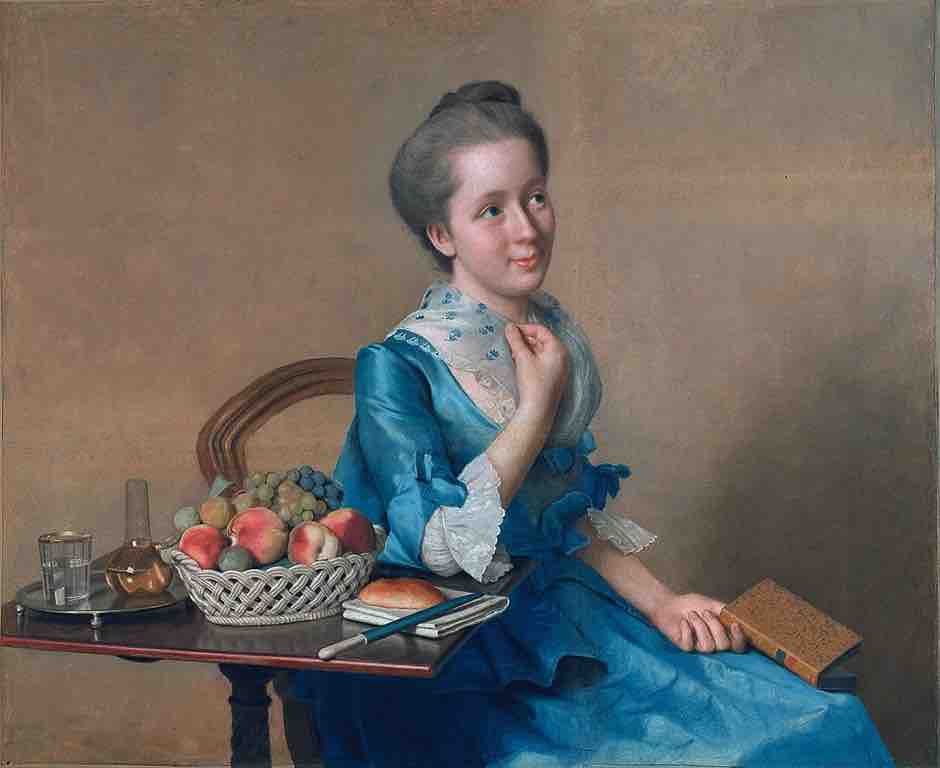 I would love to chat with her—she looks amusing and a conversationist with humor.  Her personality does appear in her portrait.  I think the painter liked her.

It is all well and good to copy what one sees, but it is much better to draw only what remains in one’s memory.  This is a transformation in which imagination and memory collaborate.

The flowers are the center of the painting.  I found the woman intriguing.  I wonder what she’s waiting for?  Is she a bit miffed having to sit next to that lovely but huge vase of flowers?  I think he captured a moment with this portrait—flowers and woman.

Don’t laugh at the voice of the stars, they are far away, their rays are light pale, and we can see their sleeping shadows, but their socery  is stern and dark. 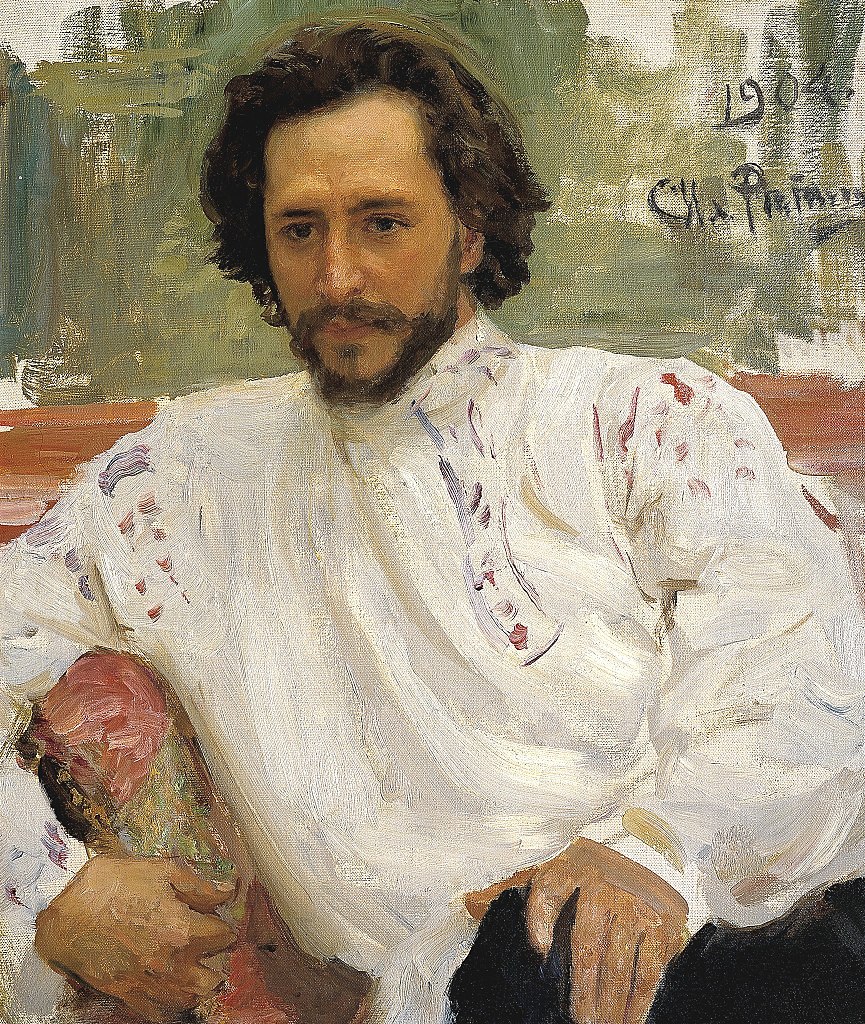 Leonid looks pensive and “sad.”  The white shirt makes the viewer focus on his face with its planes and shadows.

The soul is healed by being with children. 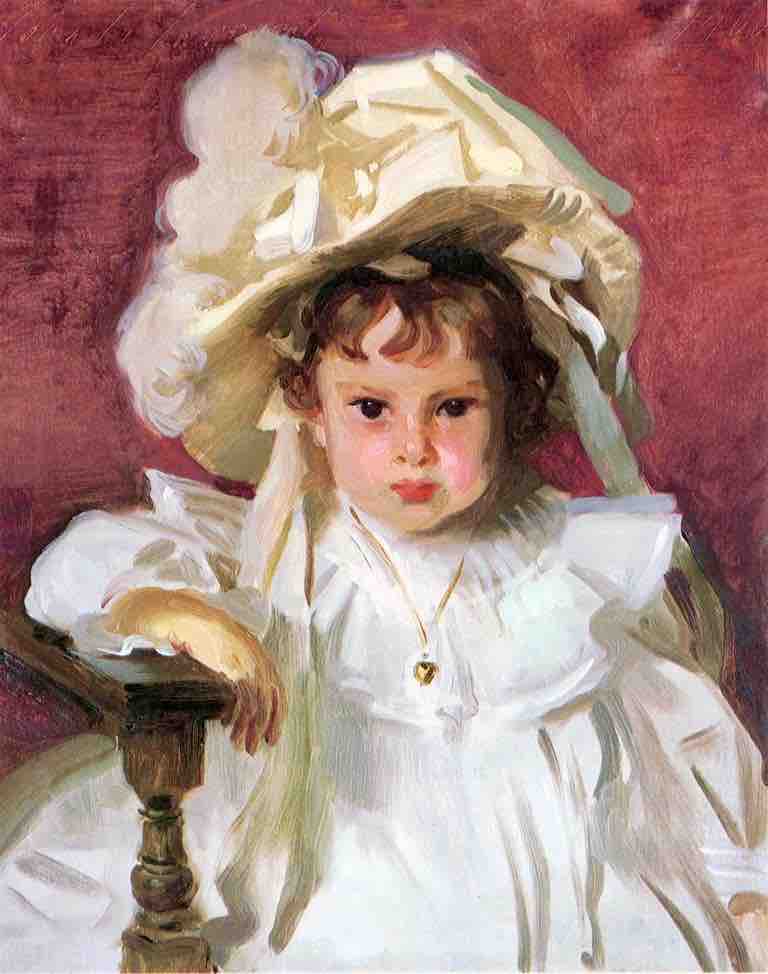 She’s staring at us and I see a baby Judy Garland there.  Do you wonder what she’s thinking?  Will this little person become a successful “operator?”  Again the artist uses the white hat and dress to frame and focus on the character in her face.

I could not paint at all if I had to paint slowly.  Every effect is so transient, it must be rapidly painted. 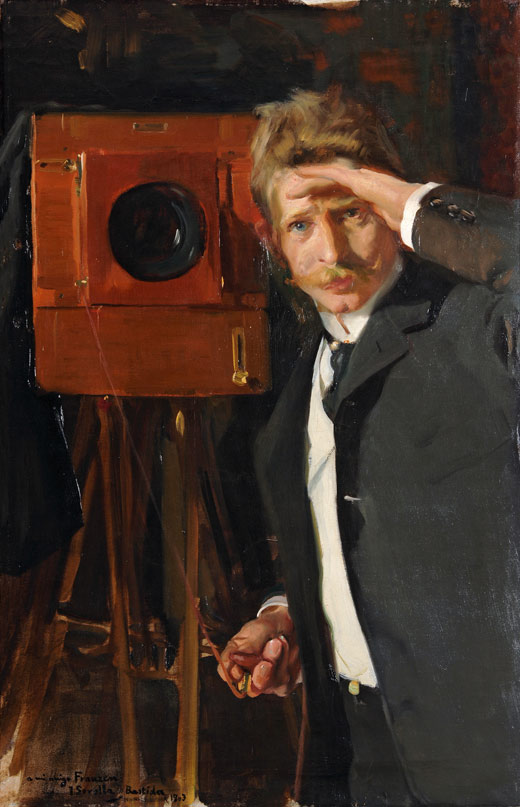 What an interesting photo?  He’s looking at the subject of the photo while being painted in a portrait!  Light and shadows increase the “focus” of this unusual portrait!