I don’t know if you are like me, but when I go into these hothouses and I see these strange plants from exotic lands, it seems to me that I am entering a dream.  I feel myself quite a different man….*. 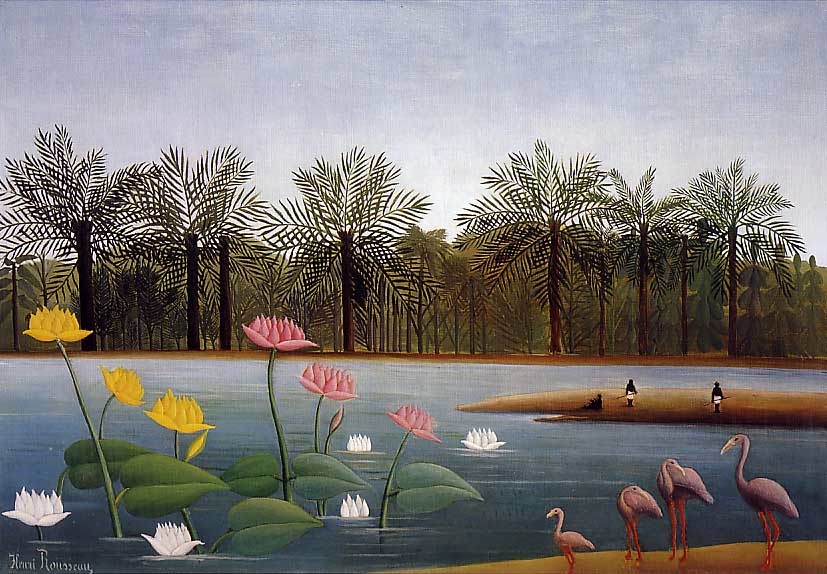 Although French painter Henri Rouseau (1844-1910) titled his painting above The Flamingos, it is the giant flowers that dominate this tropical fantasy, looming over the stork-like birds and diminutive natives.  Drawing us to their hypnotic presence as they climb upward, slowly liberating themselves from the smooth stillness of the river’s surface. While in the background, a screen of palm trees stand like sentinels against the encroaching jungle.

Rousseau, sometimes defined as a Primitive or Naive artist, never traveled outside of France, creating The Flamingos as well as scores of other exotic visions from his extraordinary imagination as well as his visits to the Parisian botanical gardens.

And expand your imagination with Through an Artist’s Eyes: Leaning to Live Creatively!

This is a wonderful “first read” for students new to the world of the visual arts and an enjoyable reunion for those who are lovers of the arts to seek to revitalize themselves.