Click on the work of art to enlarge it.

Vincent van Gogh (1853-1890) created two oil portraits of his doctor, Paul-Ferdinand Gachet at Auvers, where he spent the last months of his life. Vincent had traveled to this town near Pairs on May 20, 1890, specifically for treatment by Gachet who was an early practitioner in the treatment of mental illness. Unfortunately Vincent quickly realized, after his initial meeting with the physician, that Gachet would be unable to help him.  As the artist wrote to his brother Theo:

I think we must not count on Dr. Gachet AT ALL. First of all he is sicker than I am.  I think, or shall we say just as much, so that’s that.  Now when one blind man leads another blind man, don’t they both fall into the ditch?*

Gachet, an amateur painter as well as patron of the arts, did become, in Vincent’s words, “a ready-made friend and something like a brother.“** Gachet was an admirer of Vincent’s talent and eagerly posed for his portrait in early June, 1890. The second portrayal below belonged to Gachet and his family for years and is now at the Musee D’Orsay in Paris. 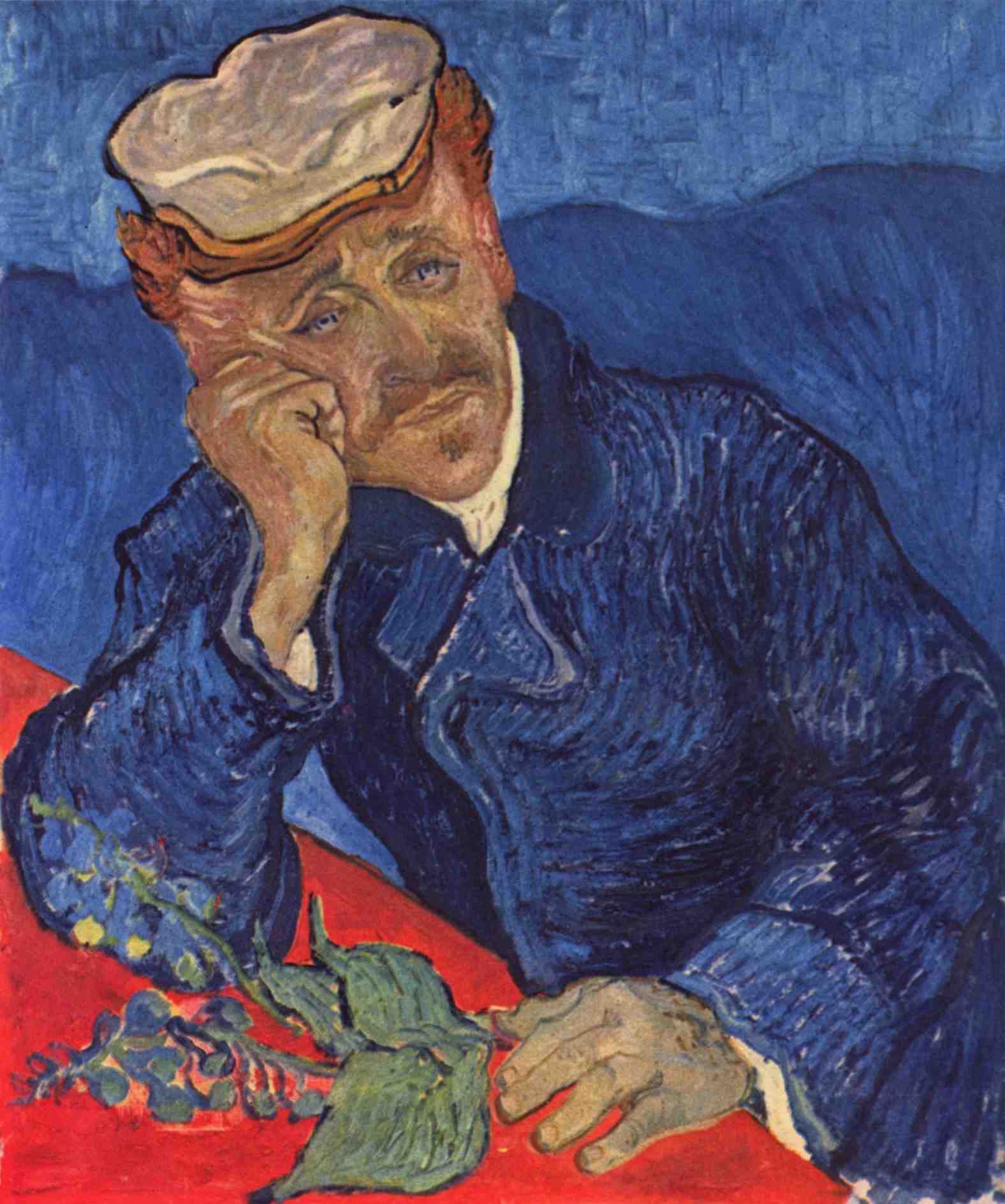 But where is the first Portrait of Dr. Gachet?  Discover more about the other Dr. Gachet TOMORROW!

You can find more about Vincent van Gogh in Through an Artist’s Eyes: Learning to Live Creatively.