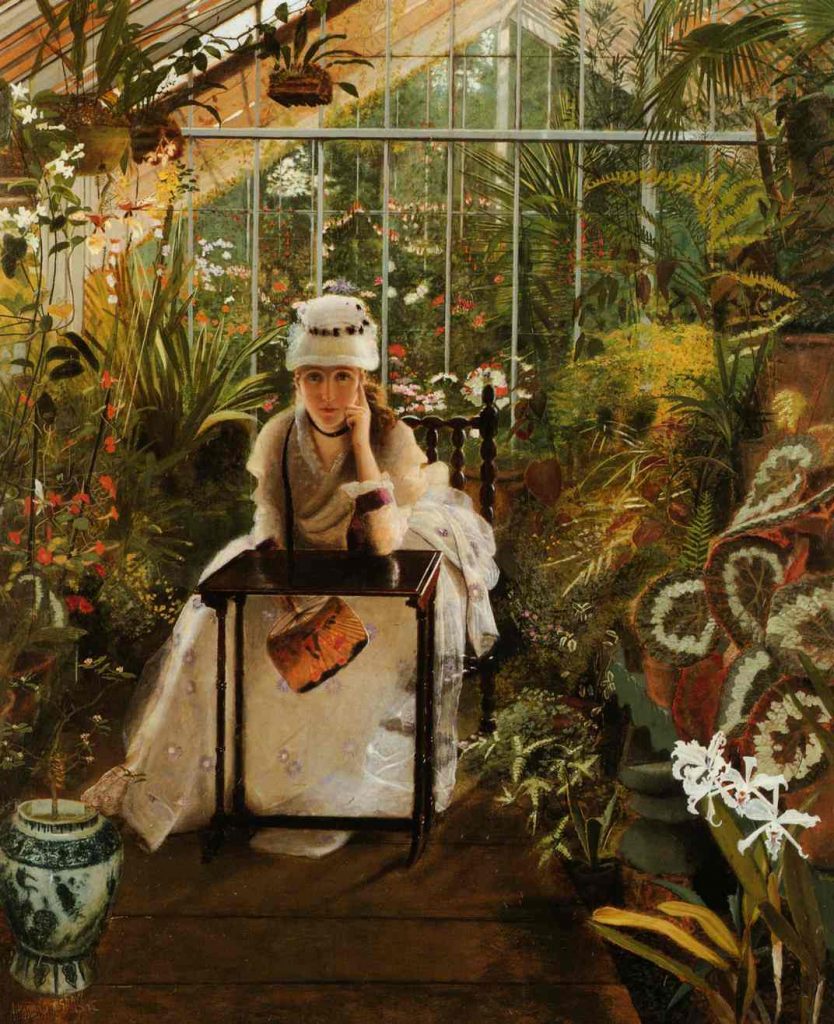 Where I may sit and rightly spell

Of every star that heaven doth shew,

And every herb that sips the dew,

Till old experience do attain

These pleasures, Melancholy, give;

And I with thee will choose to live.

Although 19th century British artist John Atkinson Grimshaw (1836-1893) is mainly associated today with his atmospheric landscapes of northern England, his subjects were also drawn from the rich literary tradition of the UK. The strikingly detailed Il Penseroso above, for instance, is titled after John Milton’s epic poem about melancholy written over two centuries before.  Do you see the connection?

John Milton (1608-1674) ranks among his country’s greatest poets, writing Paradise Lost when he was completely blind. The excerpt from Il Penseroso (1631) is from the end of the poem.

Visions of Autumn: A Walk Among the Leaves