BE CERTAIN to click on the work of art to ENLARGE it.

If Robin Williams, who died suddenly on Monday, lived in the 18th century, he would have certainly been a star of the commedia dell’arte theater.  In Italian Commedians, Rococo artist Antoine Watteau (1684-1721) depicts the leading characters of these plays that were a hit in France as well as Italy in the 1700s.

In which role would Williams have been cast? Sad and love-lorn clown Pierrot in the center, next to the unobtainable Fiaminia with her coquettish tricorn hat? Dashing Scaramouche in the gold and black costume, introducing his fellow actor to the audience? Mezzentin, on the left edge of the group, attempting again to seduce the lovely Sylvie? Harlequin, Pierrot’s rival, hiding under a mask nearby? Plus the youthful jester sitting on the step, accompanied by two children? How about the elderly gentleman observing the action from behind the curtain?  Or would Williams have assumed all the roles performing them, with his usual versatility and improvisational genius, simultaneously! 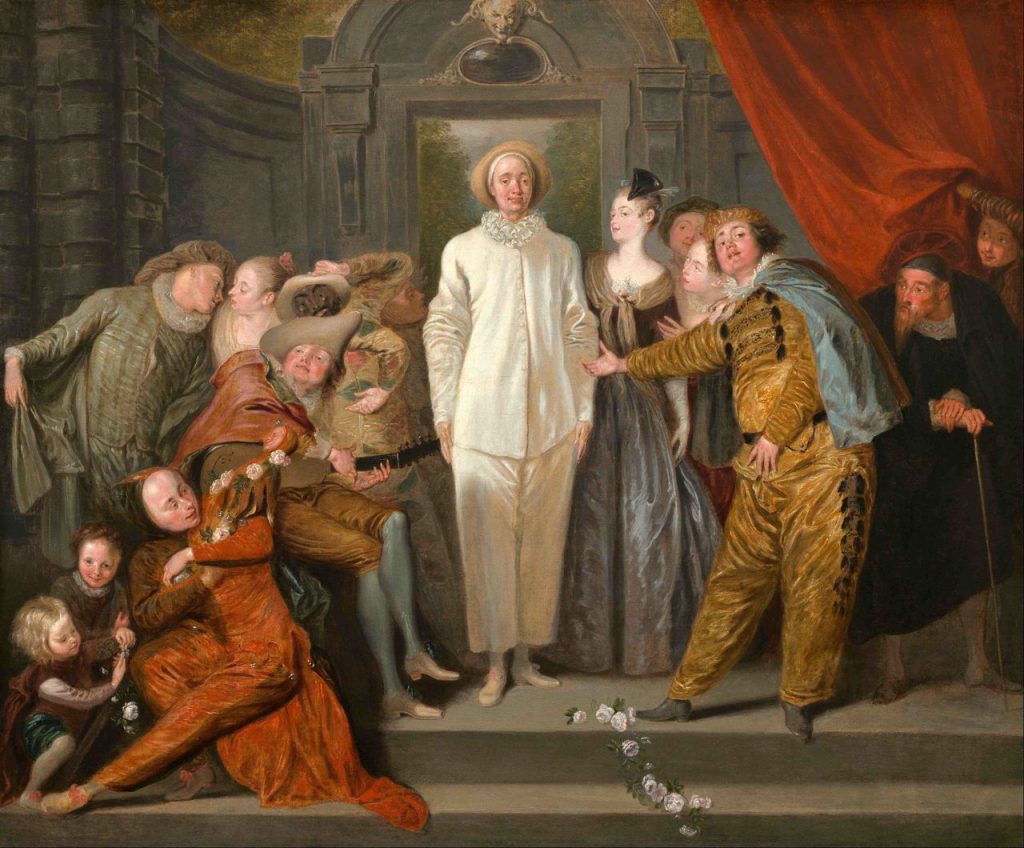 This painting is also out of copyright in France, its country of origin.