Click on the work of art to enlarge or enhance ot

THE SWEET SMILE OF A RENOIR

Delphine Legrand would have been a middle aged woman when her endearing portrait by Renoir (1841-1919) left her family’s possession around 1910, destined for the gallery of the Bernheim-Jeune firm in Paris.  One of the sweetest children depicted in the history of art, she was only 6 when her father Alphonse commissioned it from the still struggling artist. Legrand was then employed by Impressionist promoter Paul Durand-Ruel (see: Sunday’s blog) and would someday open his own art establishment in France’s ‘city of light.’ 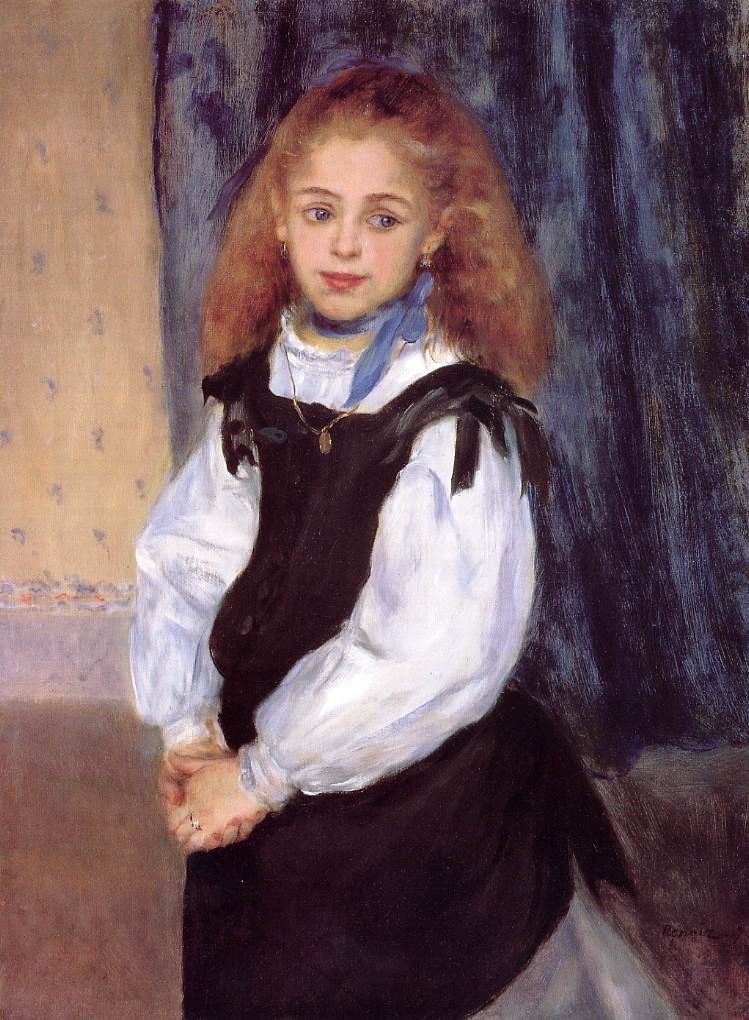 The source for this blog is Inventing Impressionism: Paul Durand-Ruel and the Modern Art Market by Sylvie Patry and other art historians, catalogue of exhibition, National Gallery, London, 2015.

Discover the art work of another Impressionist, Monet, in Through an Artist’s Eyes: Learning to Live Creatively.