A FAREWELL TO AUTUMN

Is it still autumn where you live?  Officially the season is not over until December 21, but the arctic chill and record breaking snow of winter have already descended on many areas.

Yet, whatever the state of your backyard or local park, the leaves of fall never die through the artist’s eyes of American Impressionist Willard Metcalf (1858-1925).*

The tints of autumn….

a mighty flower garden blossoming under the spell of the enchanter, frost. 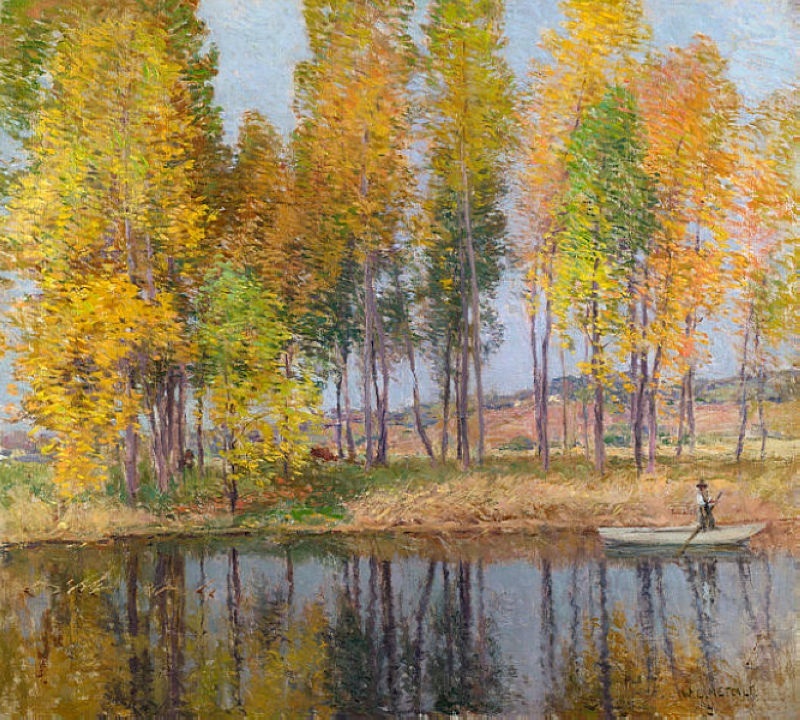 Such days of autumnal decline,

hold a strange mystery which adds to the gravity of our moods. 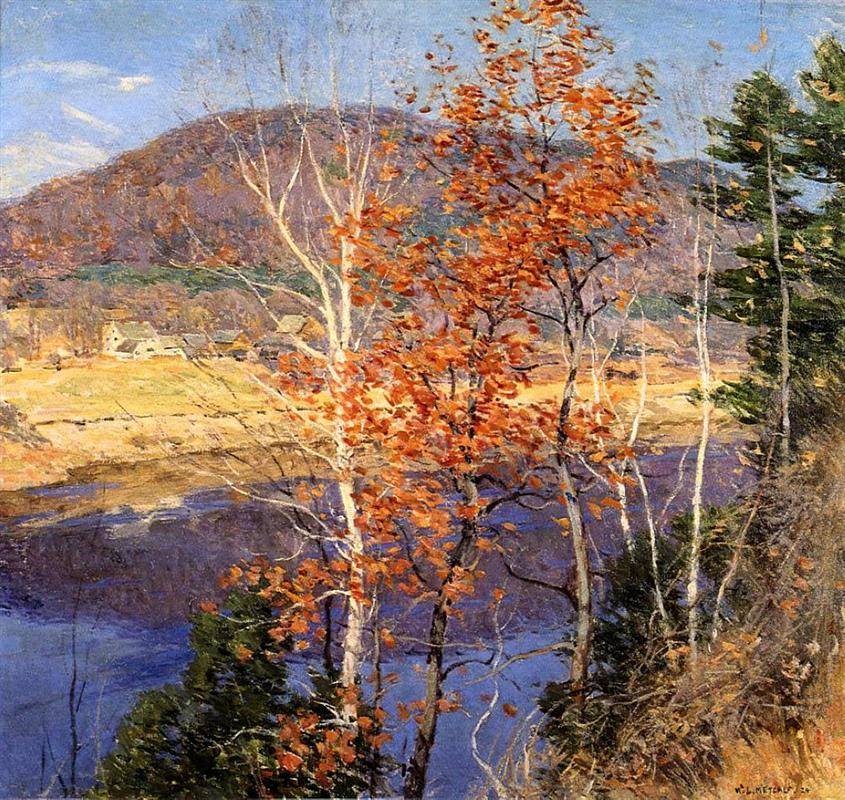 *Willard Metcalf (1858-1925) is one of the leading American Impressionists, belonging to the group of Ten American Painters; among its membership were William Merritt Chase and Childe Hassam.  Born in Lowell, Massachusetts, Metcalf studied in Boston, Paris, and resided in Giverny, near the home of Monet. His mature works were of the New England countryside, especially during autumn—immortalizing the different stages of color and light of the changing landscape of New Hampshire, Vermont, Maine, and Connecticut.  Closing Autumn was done in the late years of his life.

John Greenleaf Whittier (1807-1892) was an American poet and abolitionist, best known for his narrative poem Snowbound.  William Cullen Bryant (1794-1878),  also from the United States, belonged to the Romantic poetry movement, similar in spirit to the Hudson River School of painting. French author Charles Nodier (1780-1844), a Romantic writer too, created several works in the gothic and fantasy iterary genre.

And enjoy all the seasons with Through an Artist’s Eyes: Learning to Live Creatively!