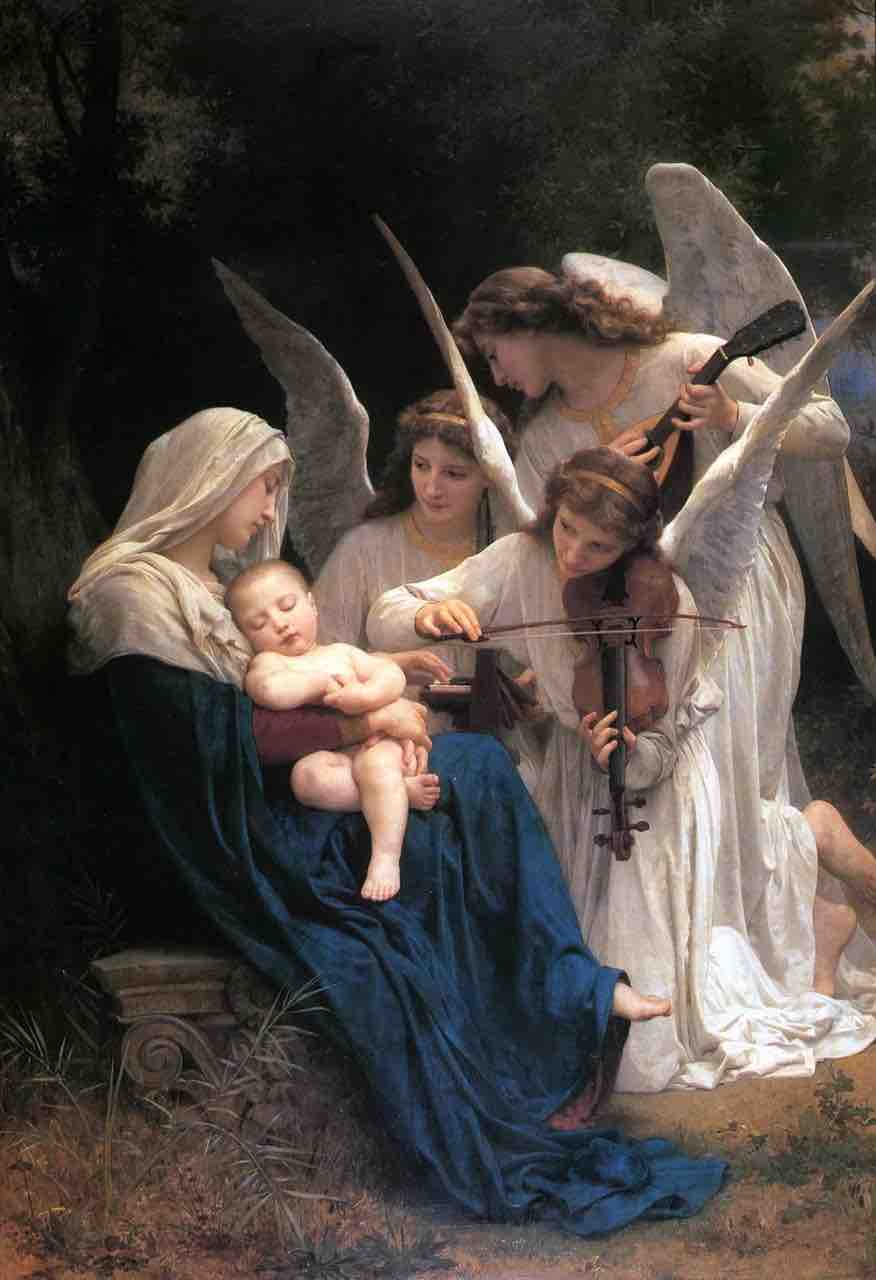 CHRISTMAS AT THE ART MUSEUM

SONG OF THE ANGELS

……Now he hears the angel’s voices

Folding silence in the room—

Now he muses deep the meaning of the Heaven-words

French artist William-Adolphe Bouguereau (1825-1905) was the toast of Paris in the late 1800s, but his realistic works generally lost favor in the 20th century, both the critics and the public preferring the Impressionists as well as more modern styles. However, today his paintings are being viewed with renewed appreciation. Song of the Angels, for instance, was restored by the Getty Museum in 2005 and then displayed in their gallery.

British author Elizabeth Barrett Browning (1806-1861) is best known for her Sonnets for the Portuguese, a book of lyrical poetry inspired by her love for  husband poet Robert Browning.  In spite of chronic illness, she became a celebrated literary figure of the Victorian period.