I’m reposting a blog from six years ago while I’m away. 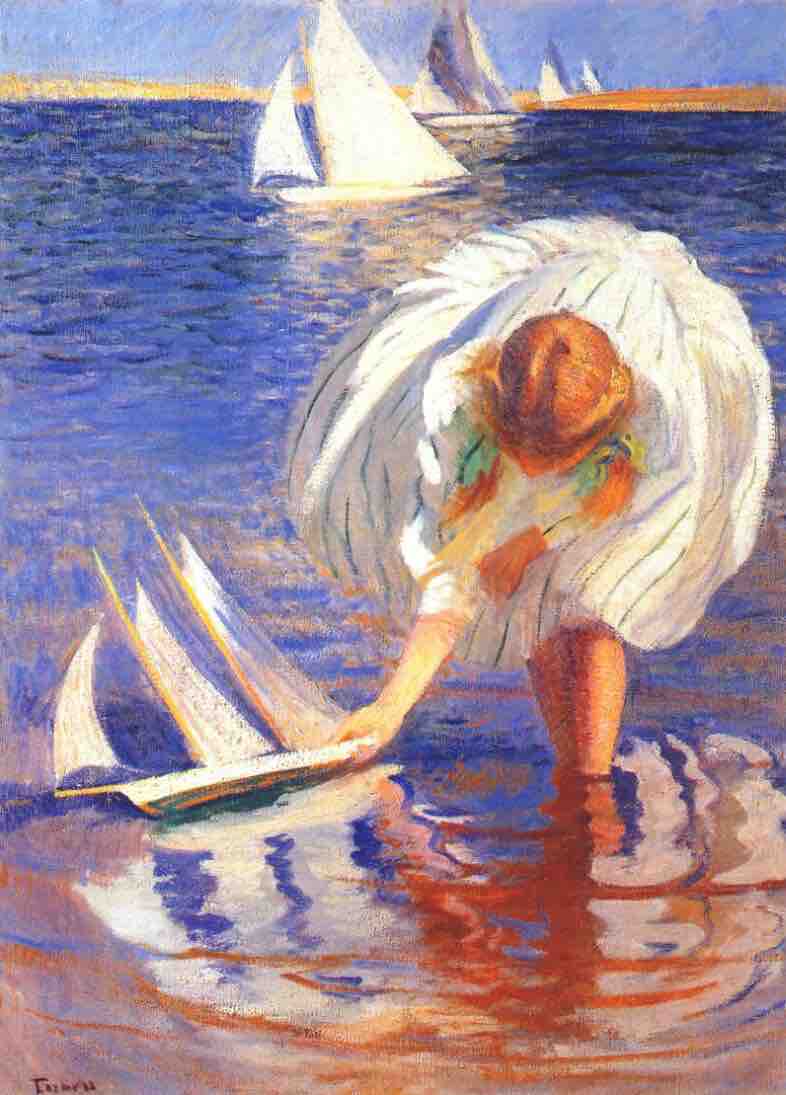 Would you like to be a child again, if just for an afternoon?  Free to play with your sailboat at the water’s edge; alone, undisturbed, without interference from siblings and friends.

Girl with a Sailboat by Edmund C. Tarbell (1862-1938)  is a symbol of the perfect summer day, blessed by clear skies and fresh breezes. Tarbell, a New Englander, belonged to The Ten American Painters, also known as the American Impressionists, along with  Childe Hassam, William Merritt Chase, Frank W. Benson. and Willard Metcalf. He was also a highly regarded portraitist whose clients included presidents Woodrow Wilson, Calvin Coolidge, and Herbert Hoover.

The above background on Tarbell is from Impressionism in America: The Ten American Painters by Ulrich W. Hiesinger, published by Prestal-Verlag, Munich, 1991.