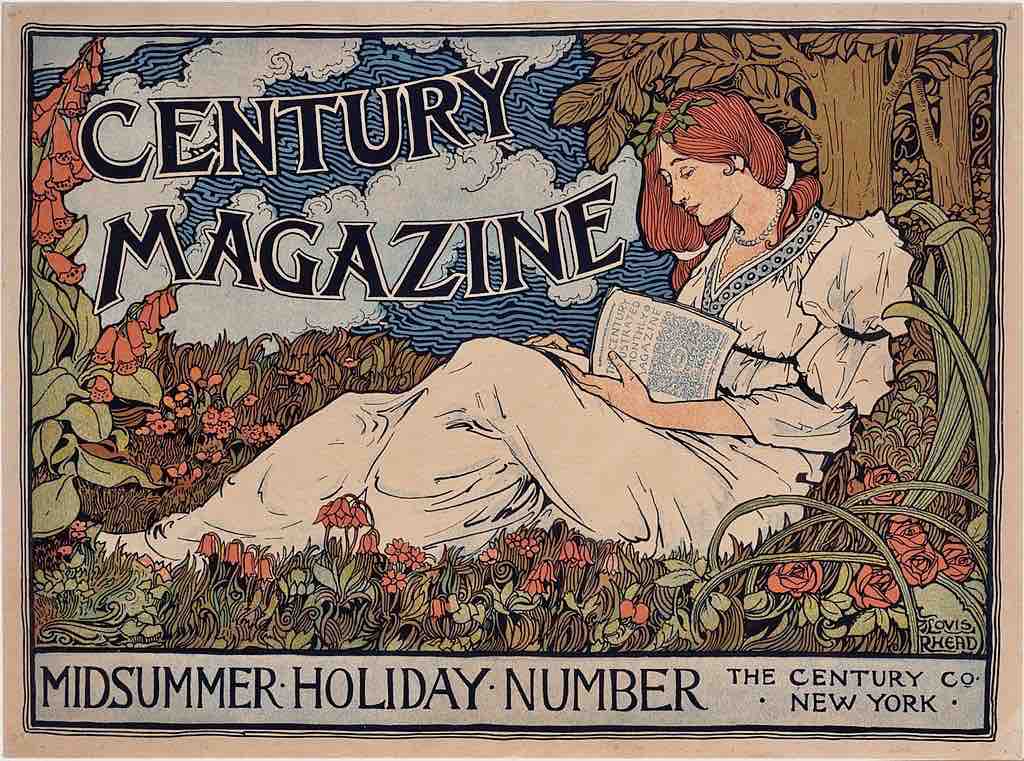 Anglo-American artist Louis Rhead (1857-1926) was the master of posters, creating 100 of them in the decade of the 1890s. Born in Great Britain, he emigrated to the United States when he was in his twenties.  His works could be found in a variety of magazines including Harper’s Bazaar, Ladies Home Journal, and The Century Magazine illustrated above in its Midsummer Holiday edition.  I have been unable to discover which publication featured the riveting Jane. 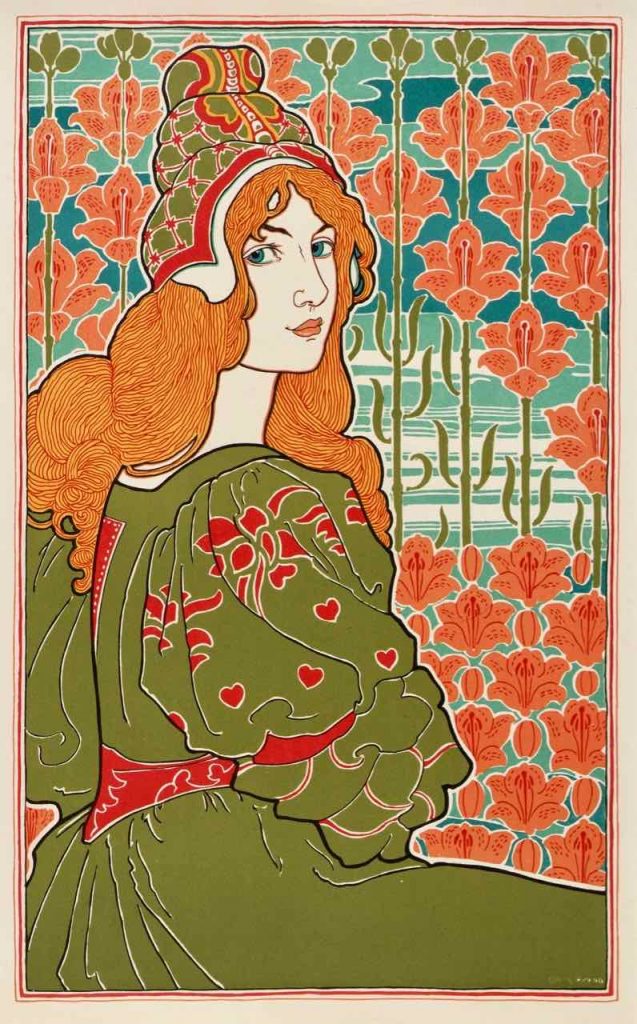