THE SPIRITUALITY OF LIGHT

To send light into the darkness of men’s hearts–such is the duty of the artist. 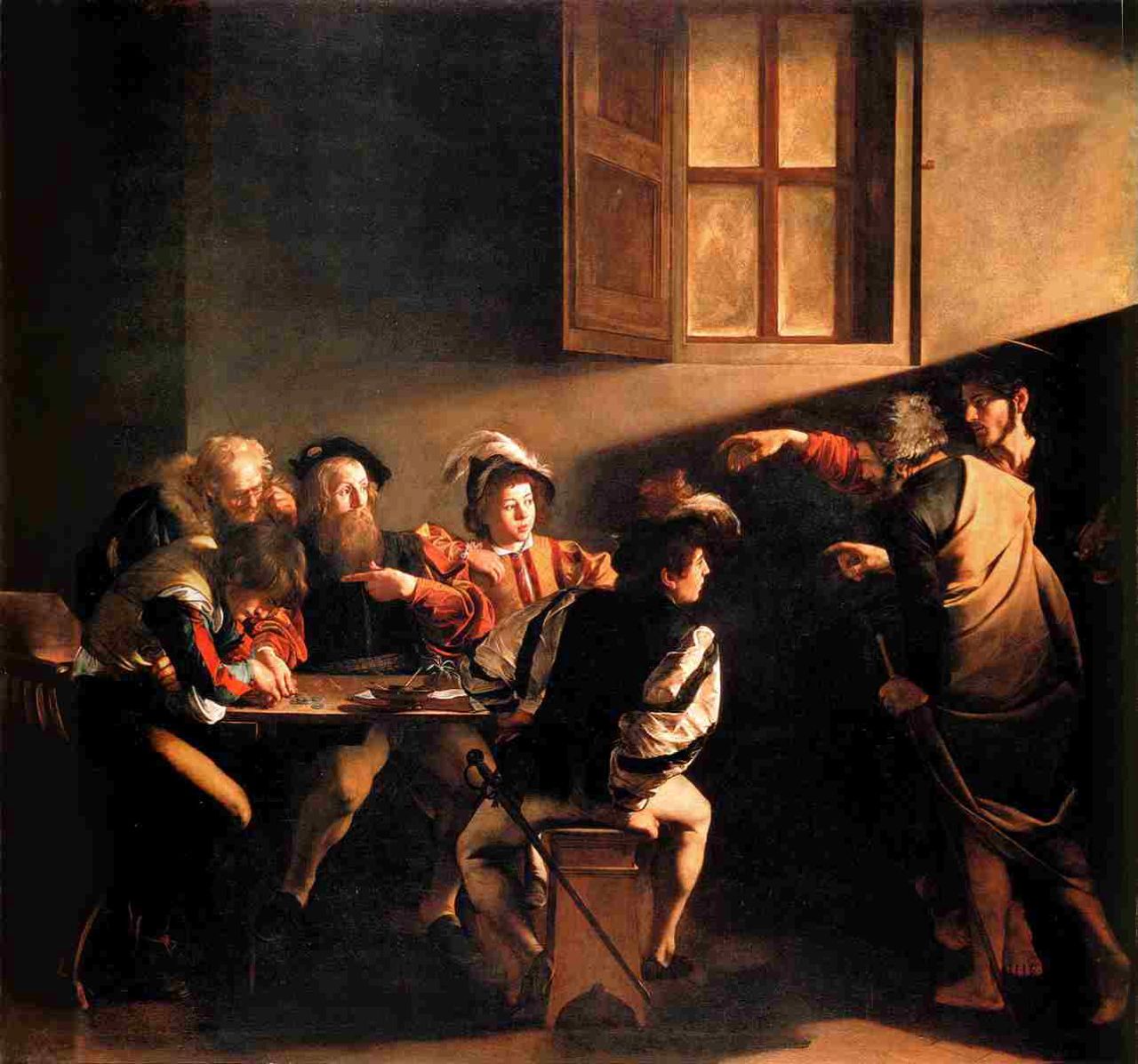 Before Baroque master Caravaggio (1571-1610?) fled Rome for murdering a man, he was considered the most brilliant artist in the Eternal City.  After completing The Calling of Saint Matthew above, for the church of San Luigi dei Francesi around 1600, Caravaggio quickly was in demand for his compelling religious scenes.  In which he merged realism, portraying the figures of the Old and the New Testament in contemporary dress, with dramatic lighting, symbolizing divine and spiritual illumination. (Note: Can you identify Saint Matthew? He is probably the man with the beard, although some art historians believe that Christ might be pointing to the young man at the end of the table.)

Robert Schumann (1810-1856) was a German composer of the Romantic period in music; he wrote for voice, piano, and orchestra. His marriage with his wife Clara, a talented musician, has been dramatized in both literature and film.