THE ART OF READING

I have a more or less irresistible passion for books, and I have a need to educate myself, to study, if you like, as precisely as I need to eat my bread.

Few artists have loved books wit the intensity and devotion of Vincent van Gogh.  His more than 800 letters are full of references to authors and their writings, from Shakespeare to Balzac, Voltaire to Charles Dickens, Keats to Harriet Beecher Stowe. However, Emile Zola (1840-1902), the champion of  realism in French literature, dominates Vincent’s correspondence. Beginning with his advice to Theo in July, 1882, to read as much Zola as you can, that is good for one and makes things clear.

Then, in late October, 1885, Van Gogh expressed his admiration for the French novelist in Still Life with a Bible—created, according to Vincent in one go, in a single day.  At first glance, the work might be seen solely as a memorial to his minister father, who had died suddenly during the previous spring. Yet, depicted with an additional note of lemon-yellow is Zola’s recently released La Joie de Vivre.

Art historians have questioned the meaning of the two volumes, placed adjacent to each other. Is it symbolic of the importance of both Old and New Testament wisdom, along with Zola’s insightful observations of modern society? Or is Vincent relaying another message? That, on the contrary, the Bible and La Joie de Vivre, represent two irreconcilable viewpoints, of the past as opposed to the future. 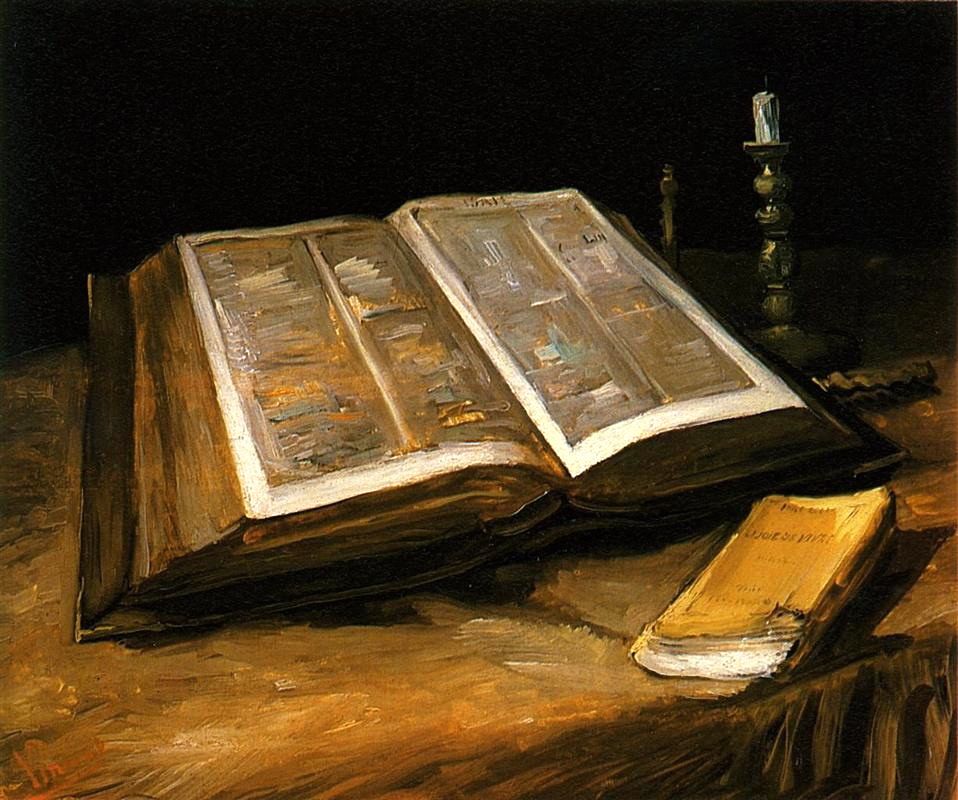 Then three years later, iin August, 1888, the same publication appears again in Oleanders, its rival for our attention an overflowing vase of the exotic flowers. Why did Vincent choose to revive La Joie de Vivre?  Because perhaps it summed up his philosophy that one must work and be bold if one really wants to live,* evident in Van Gogh’s astonishing legacy of some 900 paintings, 1000 drawings, and 150 watercolors in less than a decade. 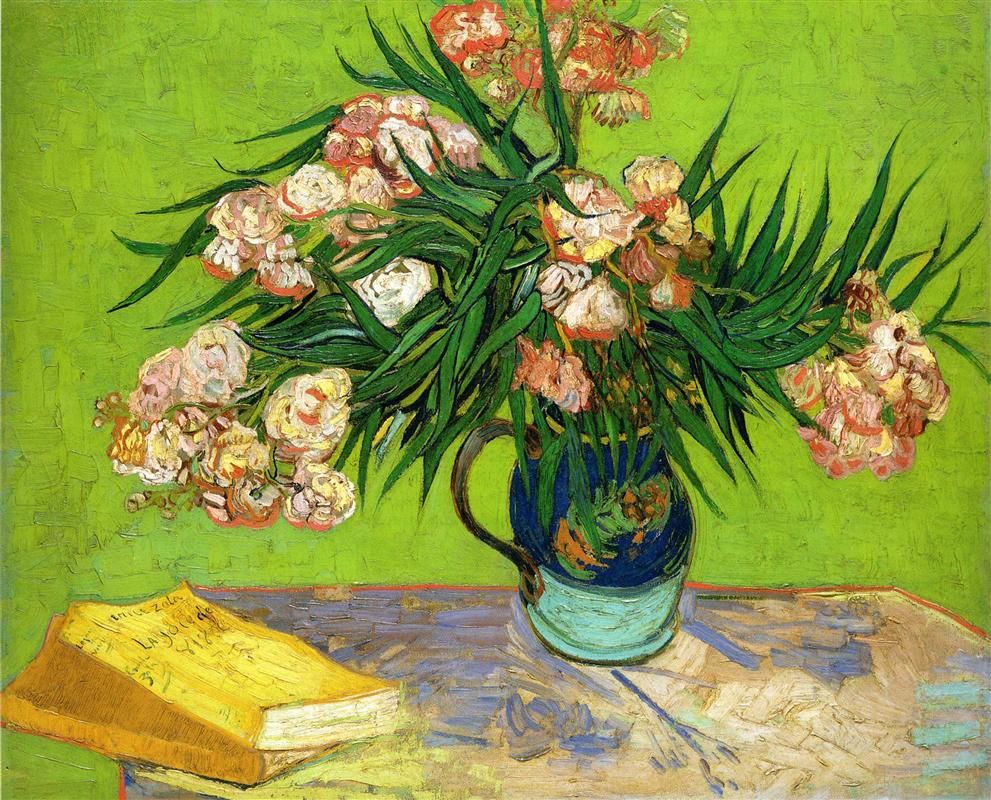 *Quote is from April 9, 1885 letter to his brother Theo that possibly refers to La Joie de Vivre.

The sources for the blog above include websites on his letters and The Complete Van Gogh by Jan Hulsker, Harrison House/Harry N. Abrams, Inc., New York, 1984.

Connect with Van Gogh and other artists in Through an Artist’s Eyes: Learning to Live Creatively.