In early 1890, as spring neared, Vincent van Gogh was institutionalized in an asylum at Saint Remy in the South of France.  His mental and physical health was deteriorating, accelerated by periodic attacks (which have still not been fully diagnosed).  He did continue to produce works of art, painting in a studio provided for him by the facility.

On January 31, Vincent received news from his brother Theo that his sister-in-law Jo had given birth to a son.  Some 3 weeks later, in a letter to his mother, the artist described the special gift he was creating for his nephew and namesake Vincent Willelm.

I’ve been meaning to answer your letter for days, but didn’t get round to writing because I was painting from morning till night, and the time passed.  I imagine that your thoughts, like mine, are with Jo and Theo………

I’d much rather that he had called his boy after Pa, whom I’ve thought about so often these days, than after me, but anyway, as it’s been done now I started right away to make a painting for him to hang in their bedroom.  Large branches of white almond blossoms against a blue sky.* 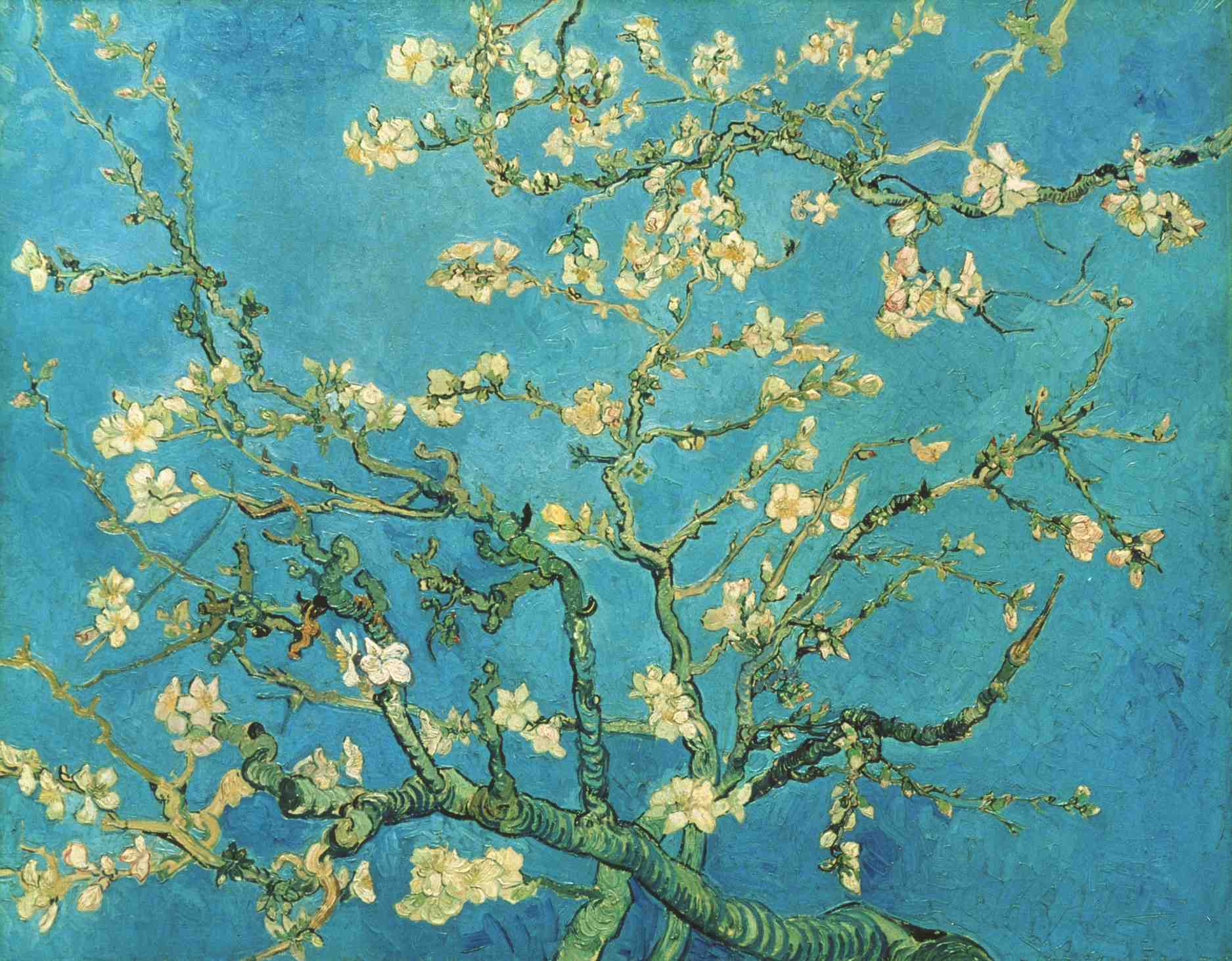 In 1962, Vincent Willem loaned Almond Blossom above, along with his family’s extensive collection of paintings, drawings and letters by his uncle to the Van Gogh Foundation, laying the groundwork for the future museum. Referred to often as “the engineer,” Vincent’s nephew had pursued the profession of mechanical engineering rather than art.  Yet he devoted himself  to the establishment of Amsterdam’s Van Gogh Museum which opened in 1973, where according to its website, he spent everyday until shortly before his death on January 28, 1978.

*Excerpt from Vincent’s letter to his mother, February 19, 1890.  Other sources for blog include Van Gogh Museum website.