The man who never in his mind and thought travel’d to heaven is no artist. 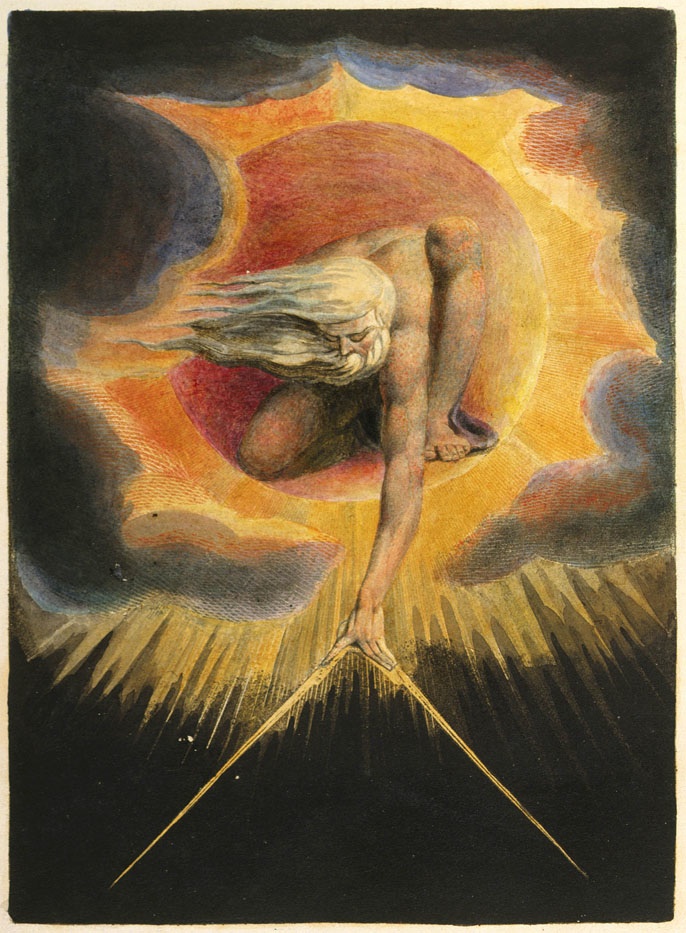 Like Henri Rousseau (see: August 10 blog), British Romantic artist and poet William Blake (1757-1827) was not accepted by the mainstream art establishment. His illuminated books, ranging from The Age of Innocence to The Marriage of Heaven and Hell to Jerusalem, were results of his personal spiritual and religious visions.  For example, in The Ancient of Days above, Blake depicts the deity-like Urizen who brings order to the universe by dividing the light from the darkness with an architect’s compass.  Several versions of this powerful illustration from Europe the Prophecy can be found in collections such as the British Museum, Library of Congress, and Glasgow University Library, among others.