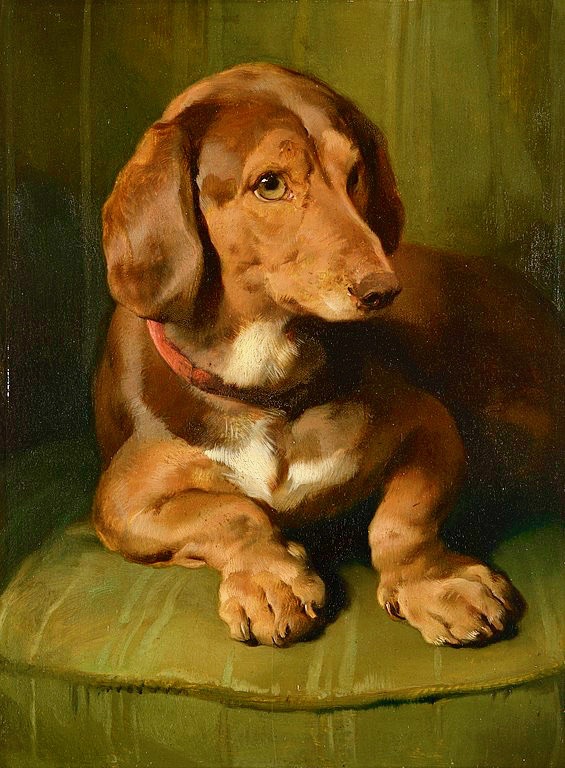 British master Sir Edwin Landseer (1802-1873) is considered one of the supreme painters of animals, demonstrated here in his moving portraits of two of Queen Victoria’s pets.  Landseer was a favorite artist of the queen and she commissioned the portrayal of Waldmann above, a smooth haired dachshund as well as The Lory, a parrot given to the young Victoria by the father of her future husband Albert, Prince Consort. 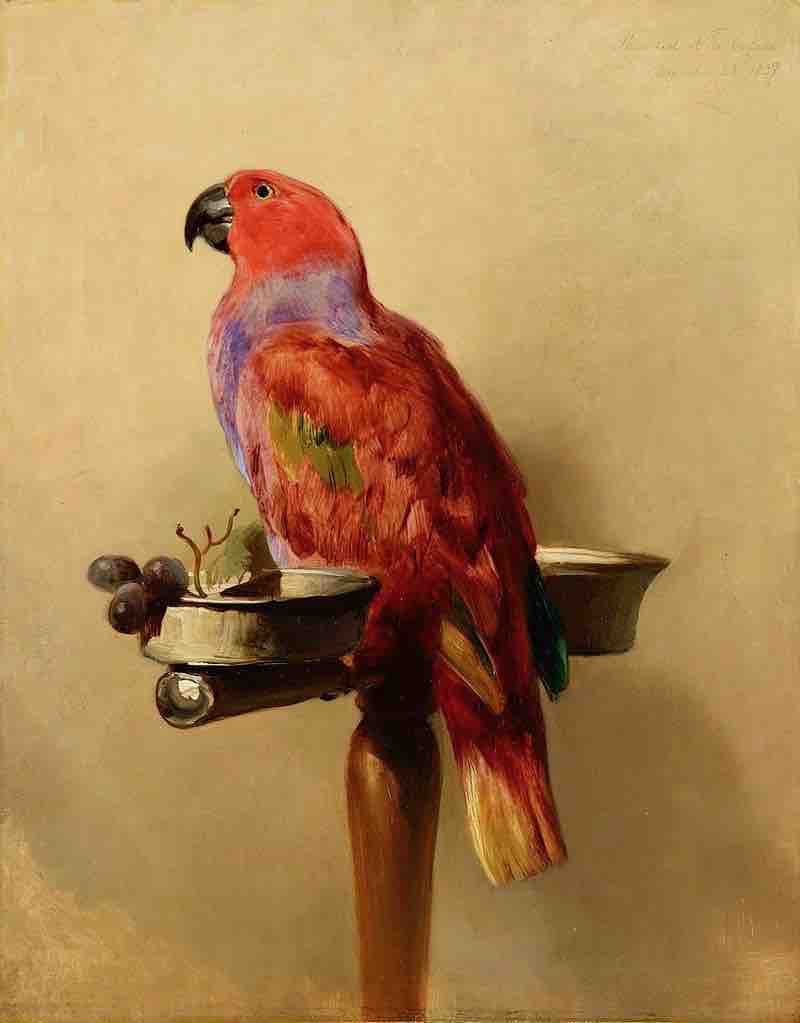 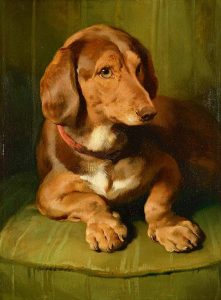