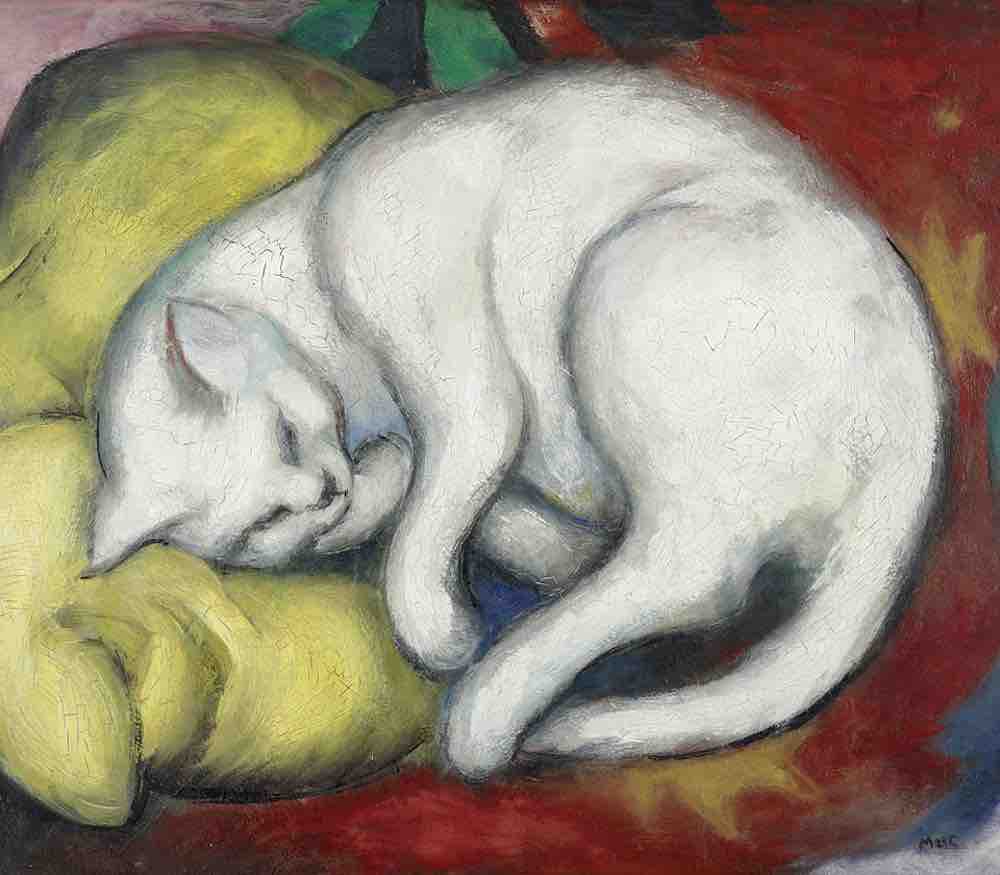 German master Franz Marc (1880-1916) worked in the colorful style of the German Expressionists, a group of artists who created mainly in the early 20th century. He was especially known for his spiritual portraits of animals, ranging from cats to deer to monkeys. He was killed during World War I, along with fellow painter August Macke (1887-1914), representing a great loss to the art world.