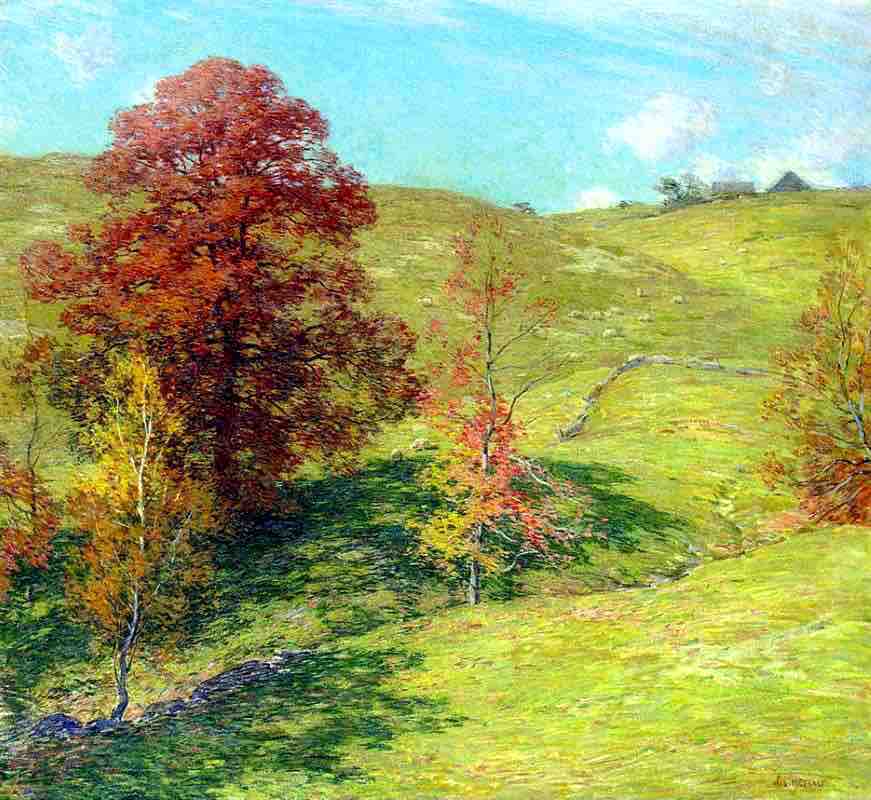 Delicious autumn!  My very soul is wedded to it, and if I were a bird I would fly about the earth seeking the successive autumns.

American Impressionist Willard Metcalf (1858-1925) often depicted the changing landscape of the four seasons in his native New England.  British author George Eliot (1819-1880) is considered one of Great Britain’s leading writers of the nineteenth century; among her works are Mill on the Floss, Silas Marner and Middlemarch, among others.