ART GALLERY OF THE SKY

Have you had a chance lately to experience your own art gallery of birds, just outside your window or door?  American artist John James Audubon (1785-1851) is the perfect guide, recreating the ingenuity of nature’s artistry.

Here are some paintings plus fast facts highlighting a few species (both common and rare) as well as a a summary of Audubon’s career.

SOUL OF THE NEIGHBORHOOD

Identified as White Carolina Pigeon but generally referred to as Mourning Dove; found in all locations except in deep woods, often viewed perching on telephone wires; unusually small heads in comparison to substantial bodies with short legs; yet elegant streamlined tails, black and white tipped; flight take-off sudden, rapid and straight into the air; distinctive, haunting call like a sad lament. 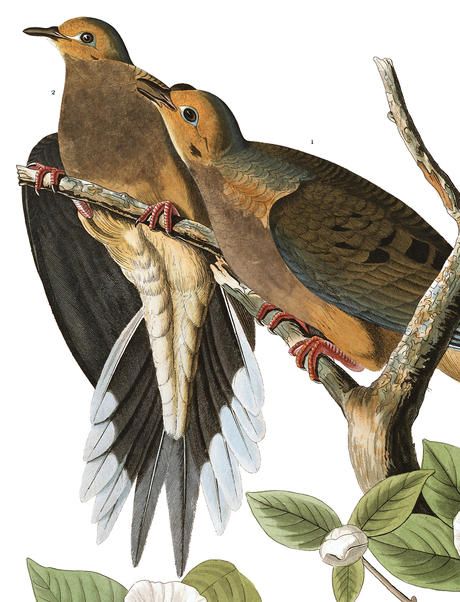 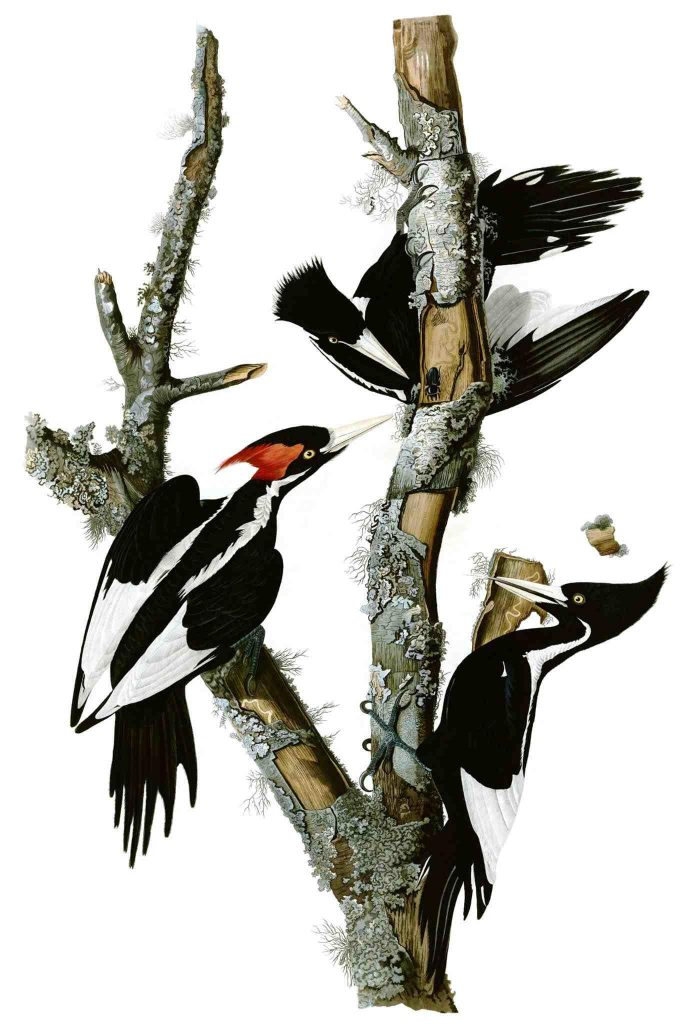 Meadowlarks are beautiful singers, living in grasslands mainly throughout continental North America; camouflaged by brown and black patterned wings, vivid yellow underbelly decorated with v-shaped band; although they can be spotted on fence posts and telephone lines, humans generally hear their melodious whistle from their hiding places on the ground. 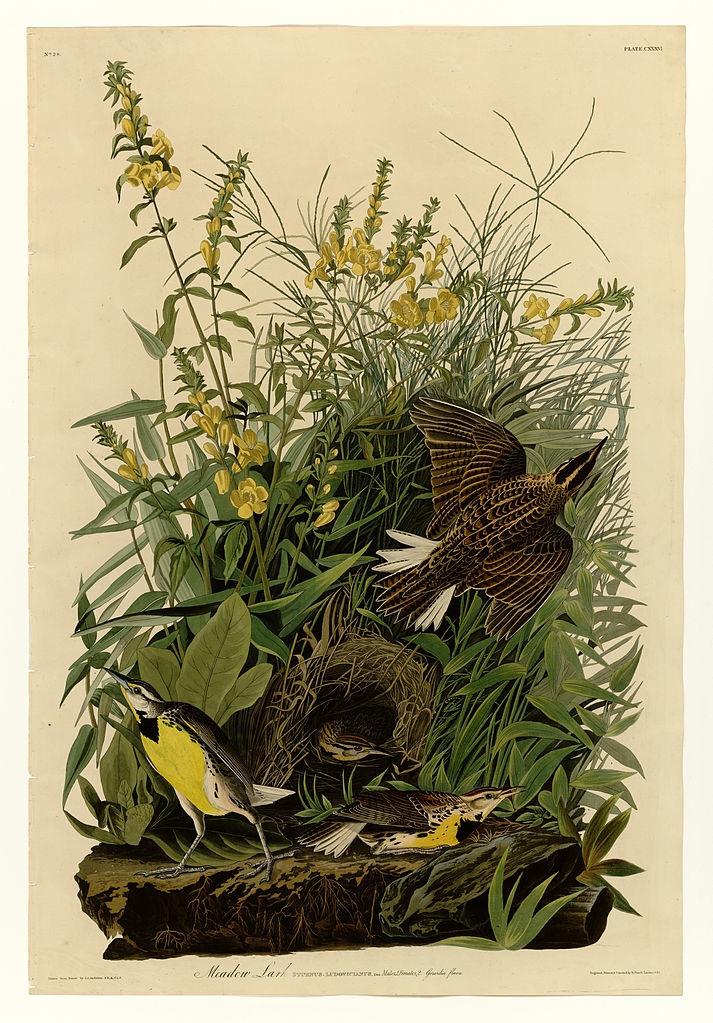 King of his species, the White Gyrfalcon* occupies the arctic and subarctic zones of the Northern hemisphere; powerful chested, in colors ranging from pristine white to dark gray to black with magnificent design on wings; some concern about declining population numbers in Europe. 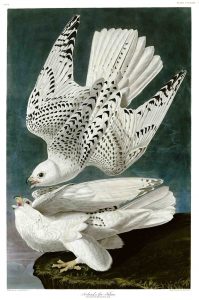 Birth in Haiti in 1785, illegitimate son of French sea captain and servant—rumors that he might have been heir to deposed King Louis XVI; raised and educated in France, enjoyed outdoors growing up.

In 1803, sent to father’s farm near Philadelphia where he further developed interest in nature; married in 1808, later moved to Kentucky and then New Orleans; focusing on study and collection of birds, traveling extensively; only documented evidence of training in oil in 1822 from itinerant painter John Stein, Audubon said his teacher was the Neo-Classical master Jacques-Louis David too.

Lacking financial and artistic support, Audubon journeyed to Great Britain in 1826 where he was more successful; eventually received backing for his masterpiece The Birds of America, published in 1838 with 435 hand-colored engravings of 1,055 birds; in his late years, also finished project on mammals with help of his son; gained fame in the United States, for helping to lay foundation for orinthology, recognized by establishment figures such as President Andrew Jackson; his final residence was “Minnieland,” an estate located in what is now Manhattan in New York City.

The resources for this blog are the website of Cornell University and National Gallery of Art Washington, D.C.

Take an art walk with Monet and O’Keeffe in Through an Artist’s Eyes: Learning to Live Creatively!