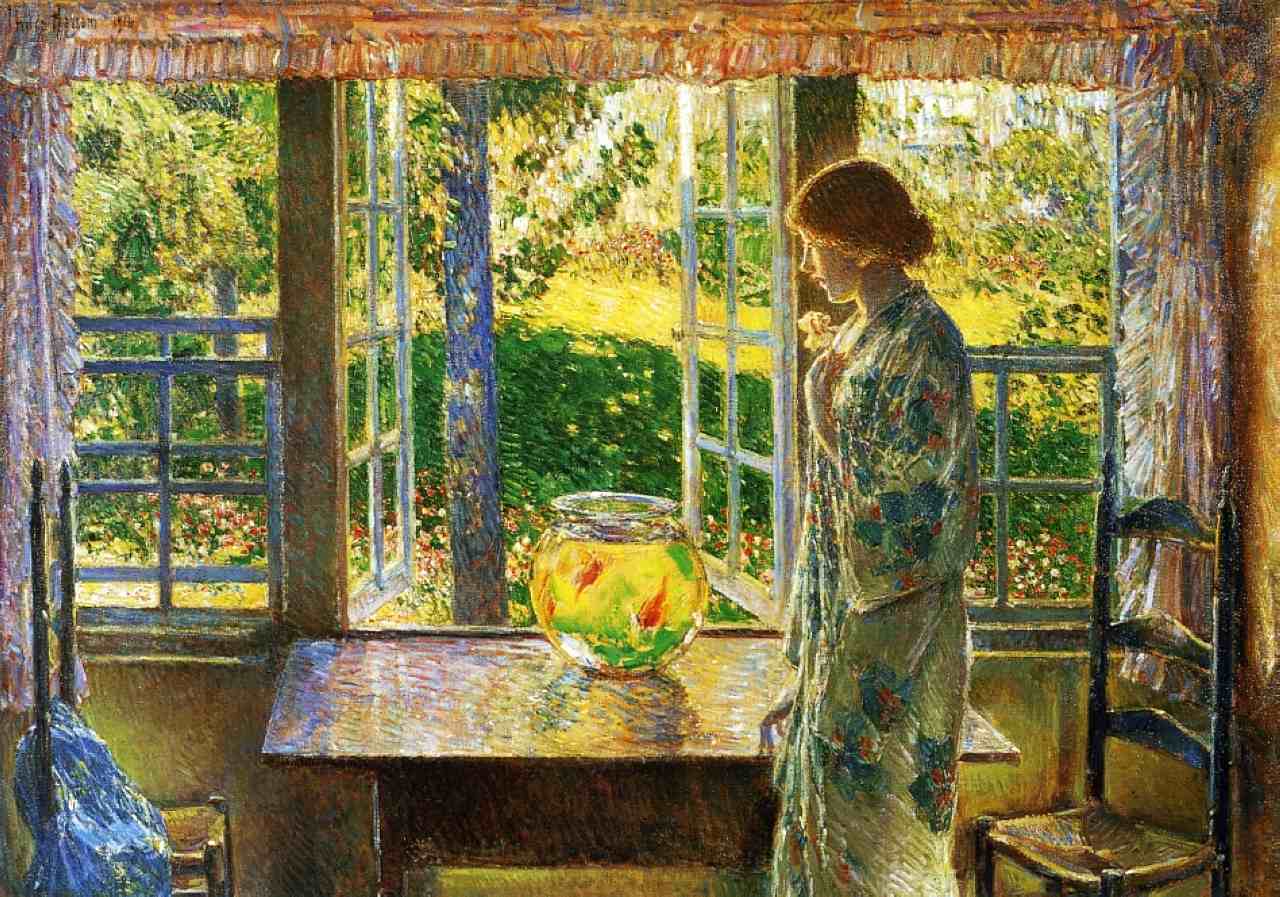 American Impressionist Childe Hassam (1859-1935)  was fascinated by windows especially the effects of light; from about 1910 to 1920, he painted some dozen versions of this theme, the majority of them set in his New York City apartment.  However, The Goldfish Window, one of  his most beloved works, was the result of a stay at the Bush-Holley House in 1916.

Located near Greenwich, Connecticut, this residence dating from the 18th century, was once the center of the Cos Cob Art Colony, where Hassam, John H. Twachtman, Theodore Robinson, J Alden Weir, and other American Impressionists lived and worked primarily during the summer months around the beginning of the twentieth century.  Tours are currently available of the several rooms, from the dining room to the “best” bedroom, in which Hassam created such scenes as The Goldfish Window.  Here, the exterior garden and furnished interior seem one space, linked by the open glass panes, allowing in the splendor  of nature.