Reposting a blog of 2015 since we are experiencing some temporary technical problems.

THE ART OF READING

I declare after all there is no enjoyment like reading!  How much sooner one tires of anything than of a book! When I have a house of my own, I shall be miserable if I have not an excellent library.

The traditional book may be surviving the computer age, according to an article in the Washington Post, “Why digital natives prefer reading in print.” For in recent studies and interviews, a number of millennials have admitted that they do actually enjoy the smell as well as the feel of the paper page.

How about you, whatever your generation?  Do you still relate to the the art of reading below, a subject popularized by hundreds of artists especially during the period of the 1700s into the 1900s. When the models, inevitably women, posed in a variety of attitudes and positions, whether the focused reader, 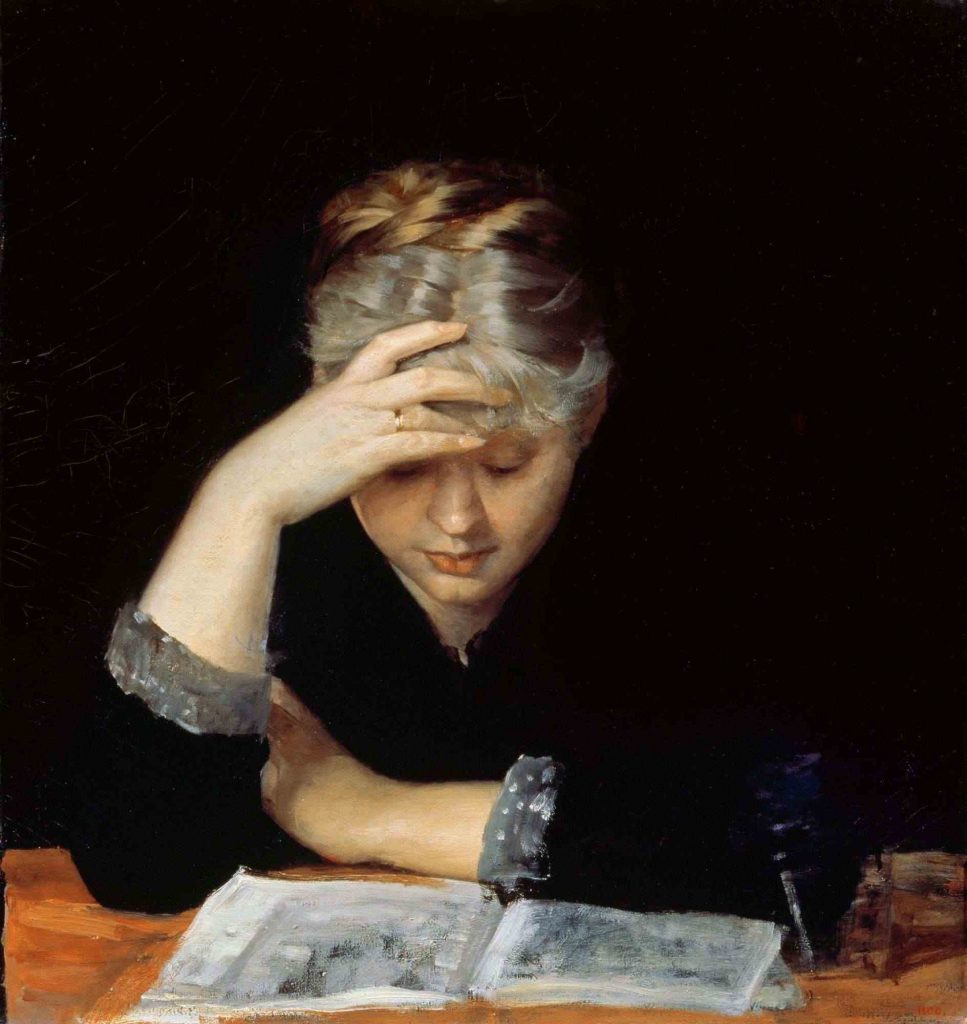 or the solemn student of the Bible, 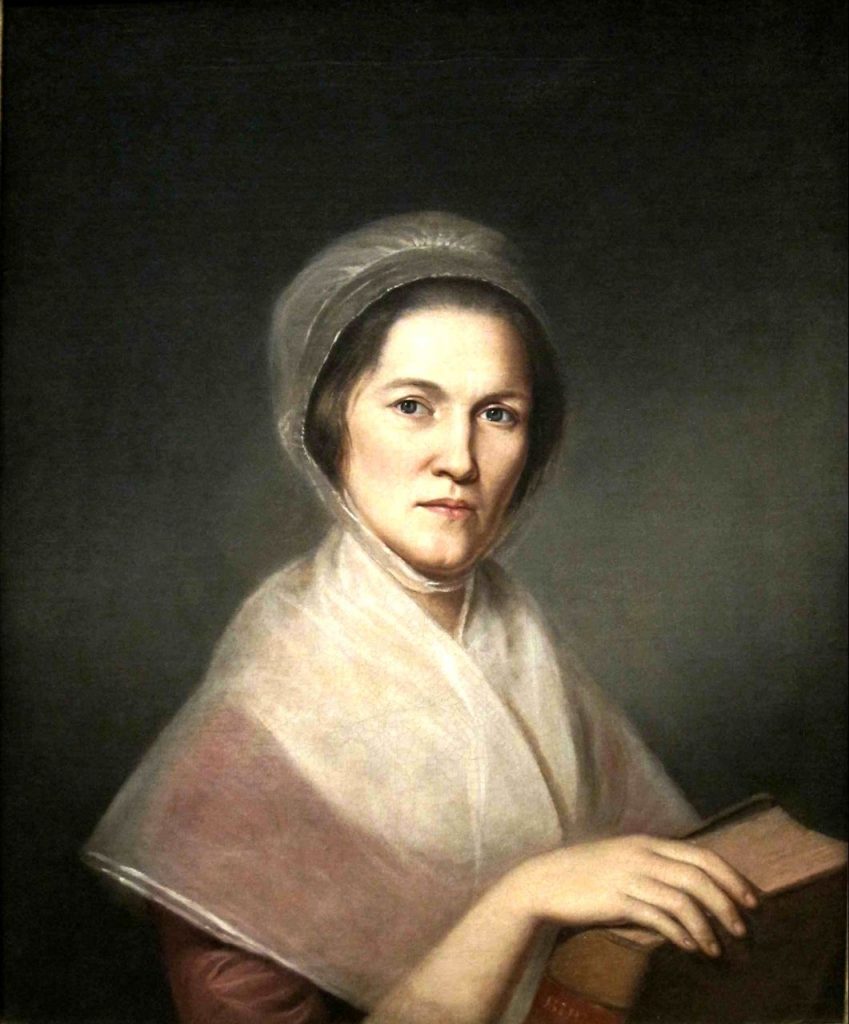 to the lovely novice in love, overwhelmed by the writings of l’amour. 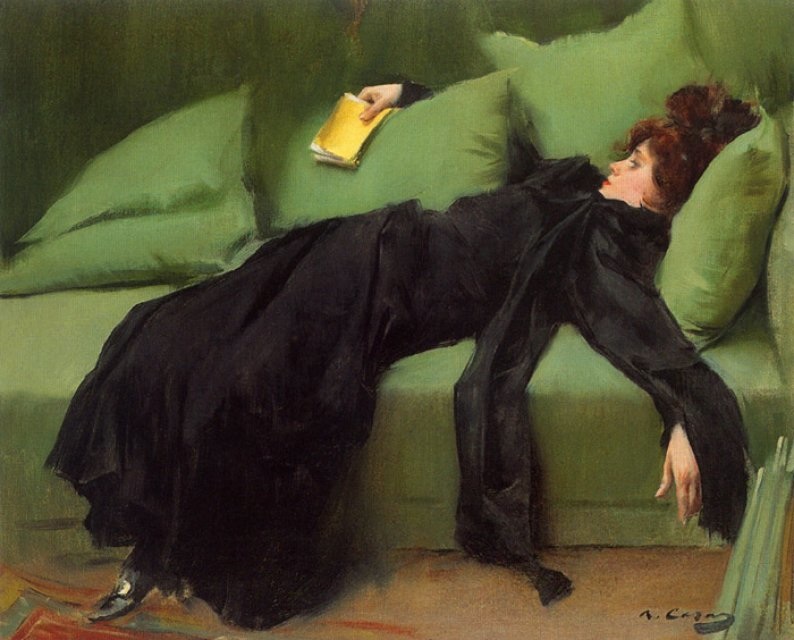 A shared experience, too, enhanced by companionship. 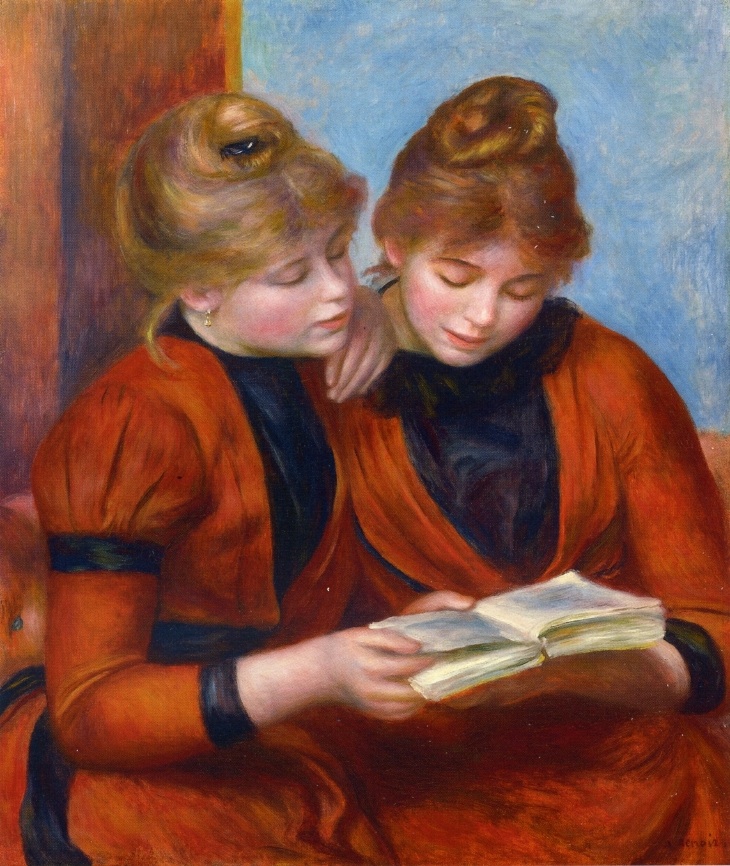 Marie Bashkirtseff (1858-1884) was Ukrainian but she spent most of her brief career in Paris.  Dying of TB in her early twenties, she did produce a body of work, particularly of urban scenes, done in a naturalistic style; her diary also remains, a testament to her creative development.

Charles Wilson Peale (1741-1827) was one of the leaders of the early art movement in the United States.  A supporter of the American Revolution, he immortalized George Washington, Thomas Jefferson, and other patriotic figures in paint.  Besides his achievements in portraiture, he also was a scientist, inventor, and politician; among his 16 children, four sons, Rembrandt, Raphaelle, Titian, and Rubens plus his daughter Angelica followed their father’s profession.

Little information is available concerning Felix Armand Heullant.  He was probably French and born in 1834.

Ramon Casas (1866-1932) initially participated in the avant garde art circles of both his native Barcelona (that included Picasso) and Paris—then later became a successful portraitist.

Pierre-Auguste Renoir (1841-1919) has attained super star status as a French Impressionist, celebrated in particular for his portrayals of women and children that charm millions of fans too.

the art of books, the art of reading, Women artists, women in art