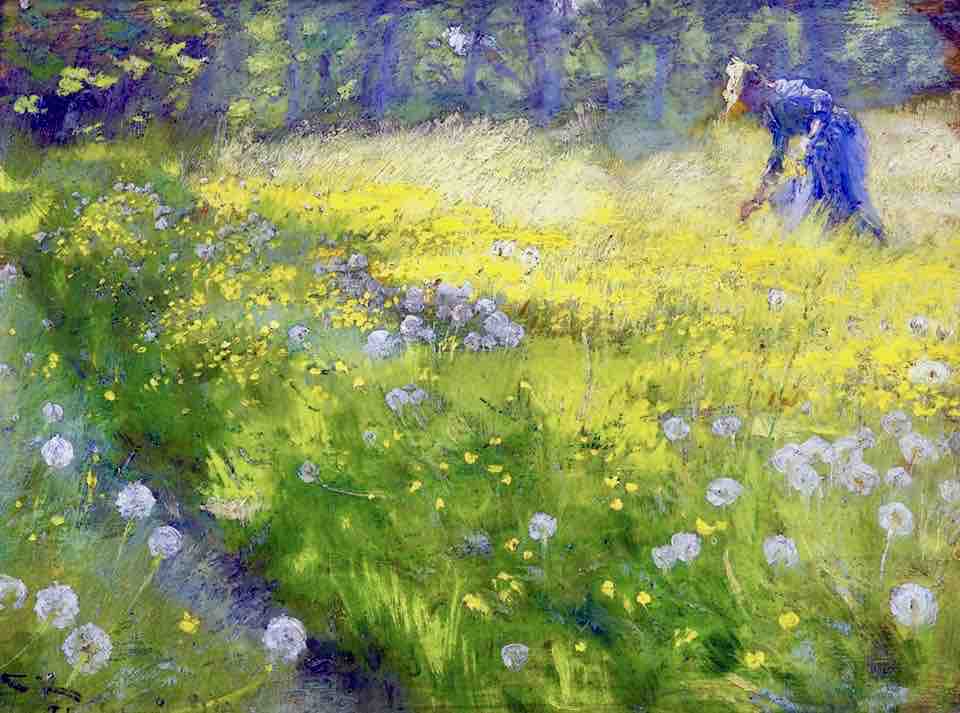 Danish master Peder Severin Kroyer (1861-1909) was one of the prominent figures of a group of mainly Scandinavian painters who spent summers along the sea in Skagen, Denmark.  Kroyer’s painter wife Marie (1867-1940)  often modeled for him in works like the one above.