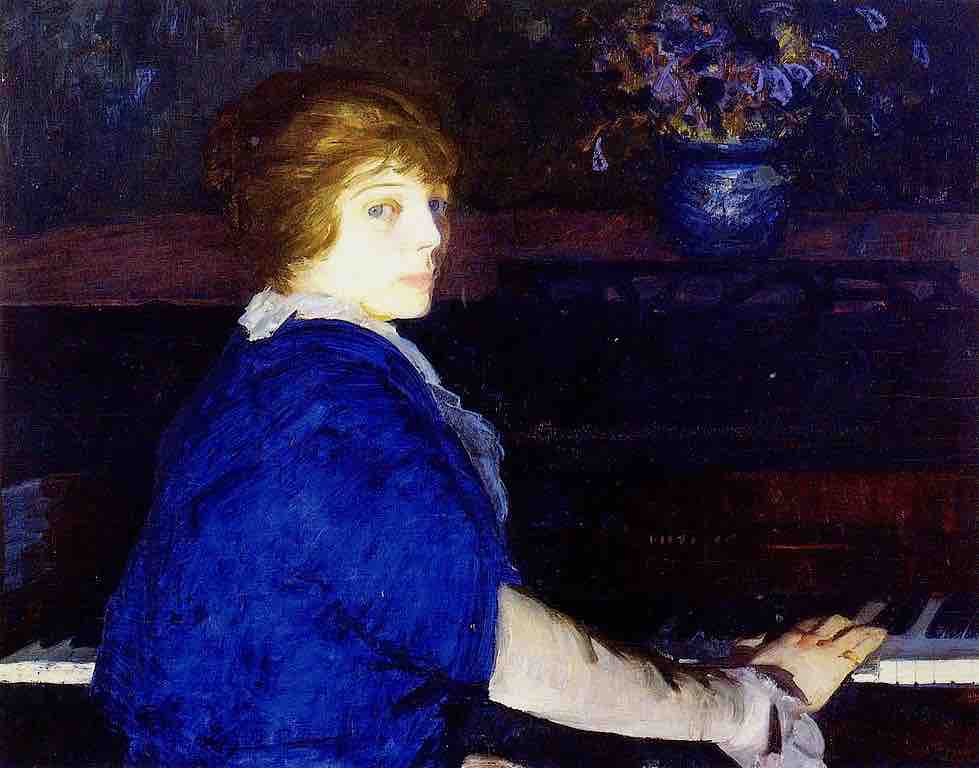 Music and painting have often enhanced each other.  In this case, the instrument is the piano and the players are known.  One of them is Emma, shown above, the wife of American George Bellows (1882-1925) who worked mainly in New York City at the turn of the twentieth century.

Sophie Menter (1846-1918) below, in a rather intriguing pose, was an internationally celebrated German pianist and composer, considered Franz Lizst’s favorite student. Russian Ilya Repin (1844-1930) who has immortalized Menter for us, was esteemed as the leading artist of nineteenth century Russia, creating an extensive body of portraits including subjects such as Czar Nicholas II. 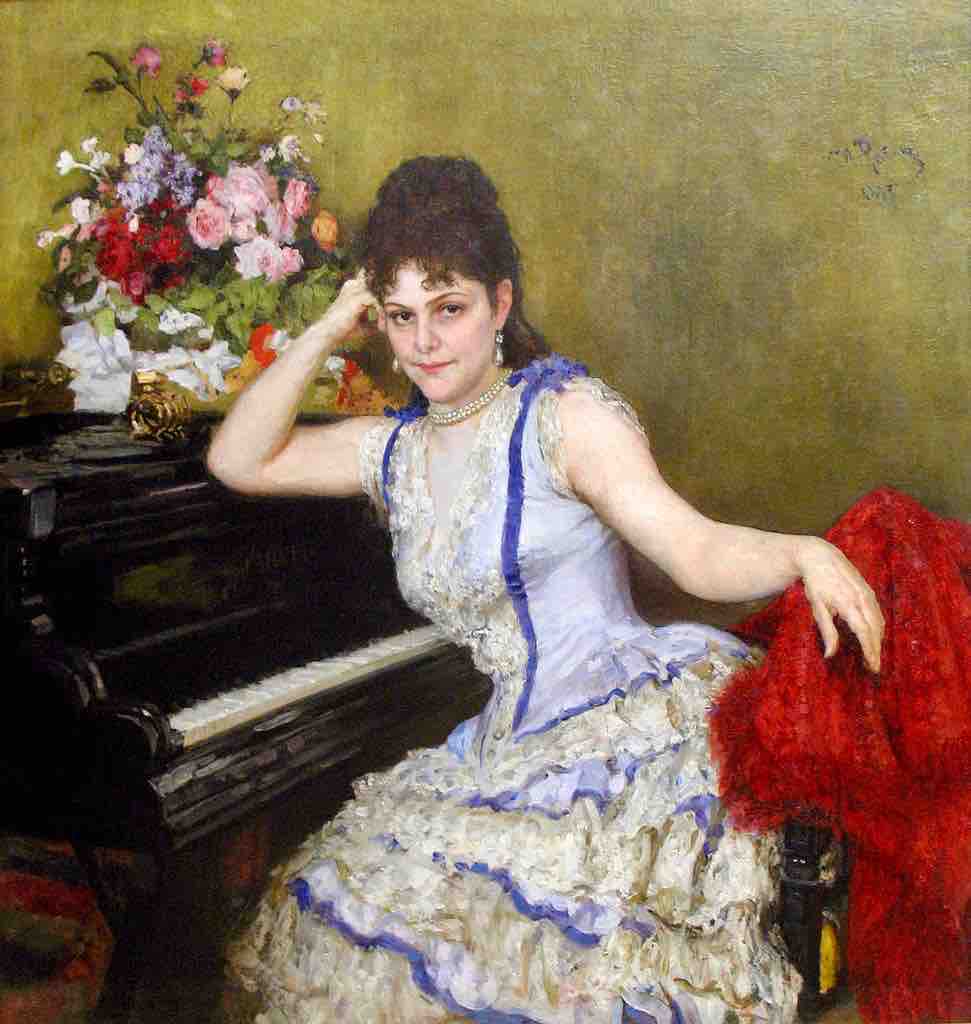