THE ART OF MINDFULNESS

“Mindful commuters say deep breaths, clear minds keep them calm under stress” was the headline of a Washington Post article. Whether sitting or standing on the metro train, cycling, or even driving, workers from the D.C. area have been avoiding the negative distractions of their regular commute—the noise, traffic, and crowding–by concentrating on positive thoughts and emotions.

So why not interject the creative images of  a Monet, or a Van Gogh, or other painters, into the mindfulness process. For example, as your first step, envision the sunset, one of the most beautiful occurrences of daily life, by a variety of artists.  As a way to to enhance your own periods of reflection whether in transit or at your home.

Here are a few of my favorite sunsets that I encourage you to contemplate and absorb.

There is nothing more musical than a sunset.  He who feels what he sees will find no more beautiful example of development in that book which, alas, musicians read but too little—the book of nature. 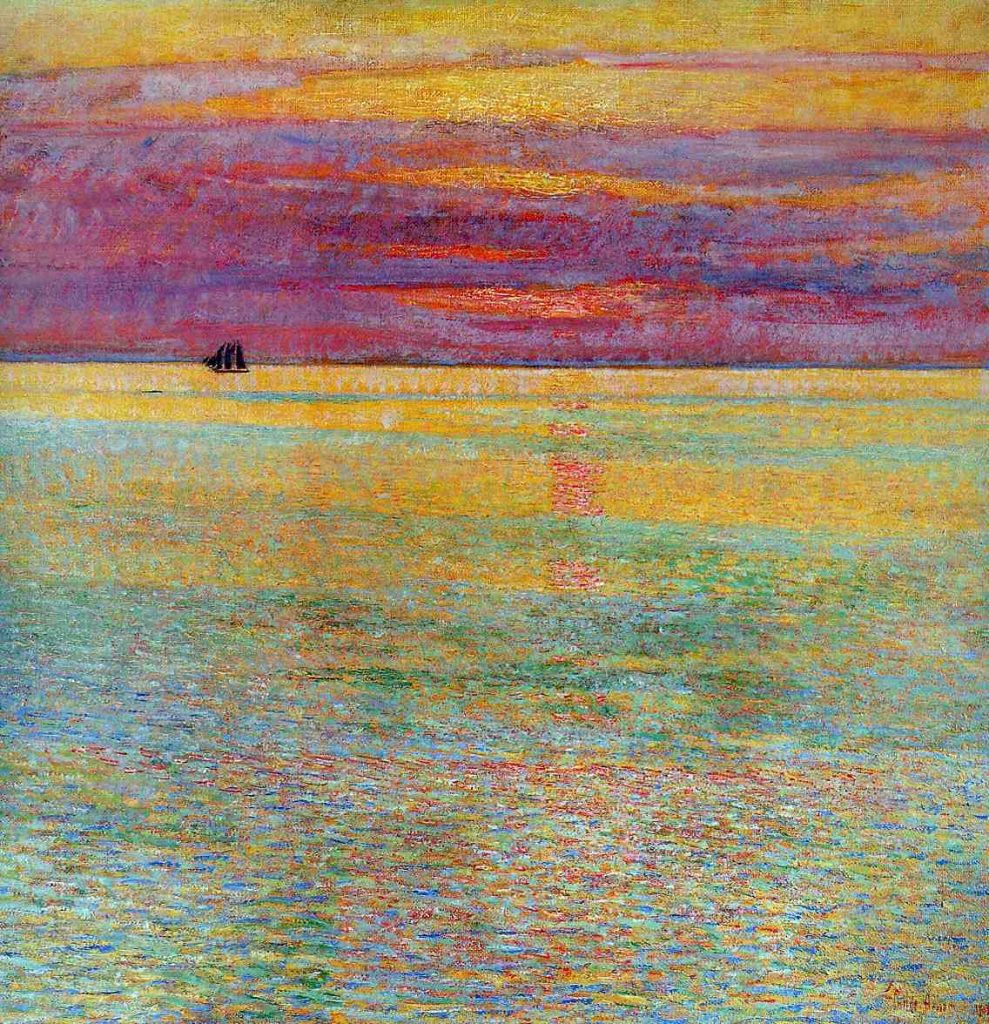 To express hope by some star, the eagerness of a soul by a sunset radiance…. 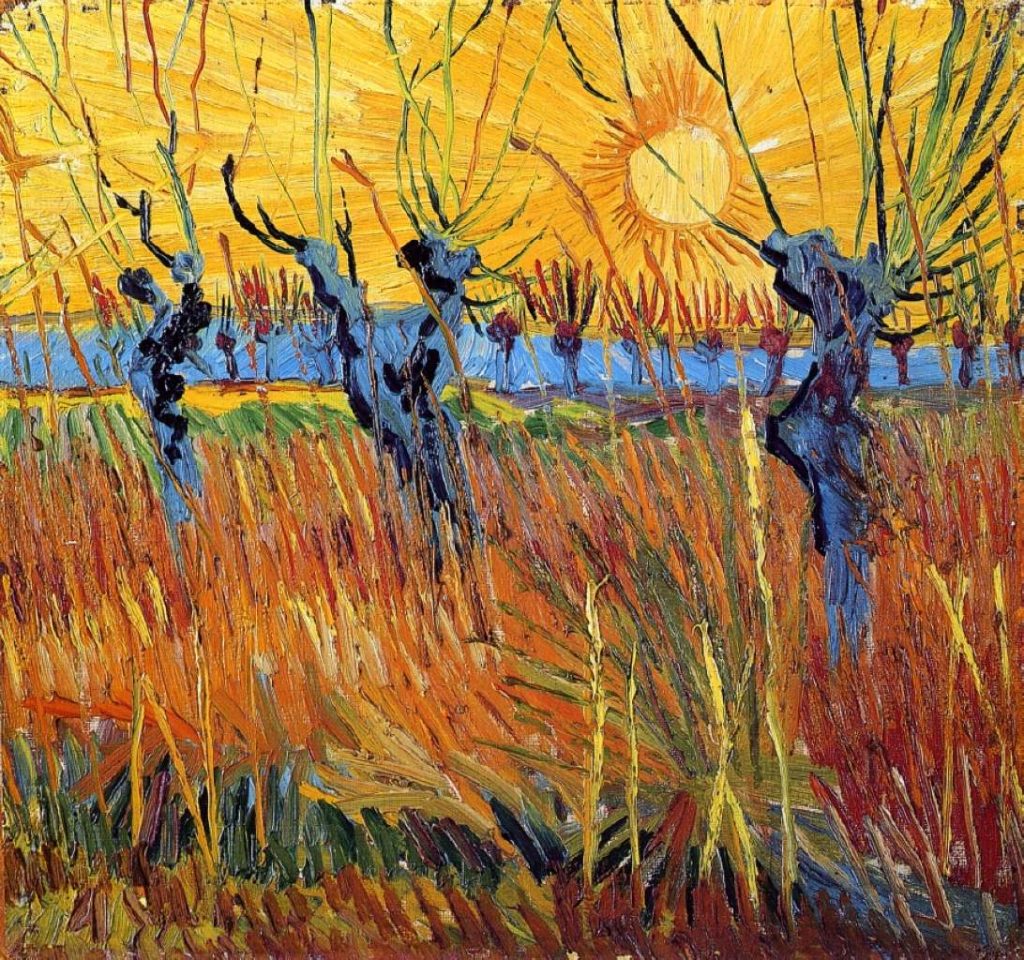 You see one loves the sunset when one is so sad……. 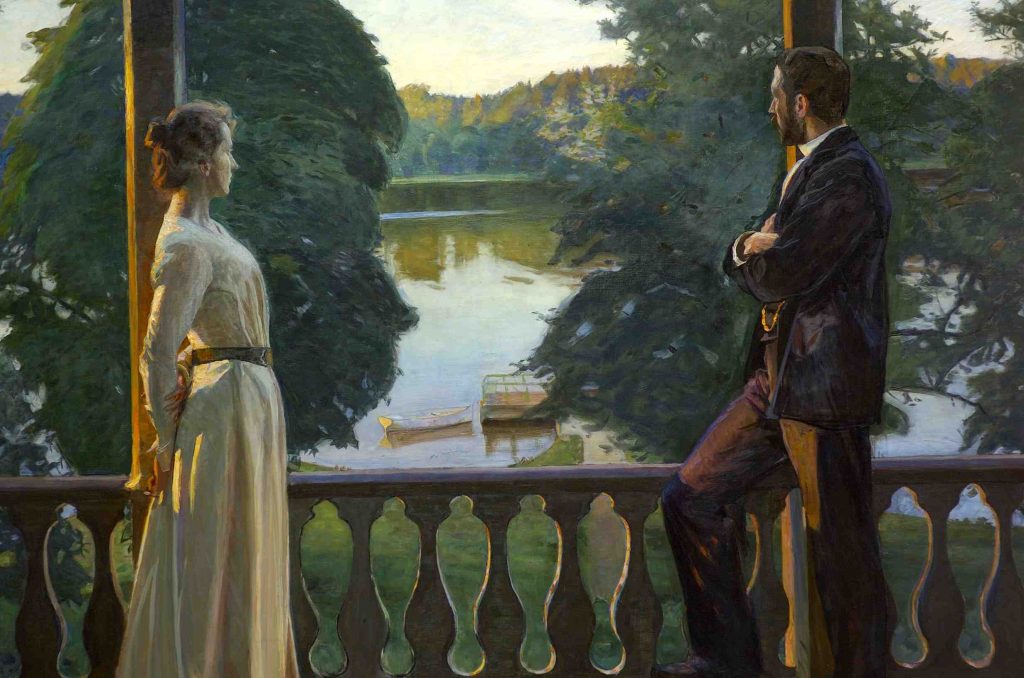 I resign, the evening seemed to say, as it paled and faded above the battlements and prominences, moulded, pointed, of hotel, flat, and block of shops.  I fade, she was beginning, I disappear, but London would have none of it, and rushed her bayonets into the sky, pinioned her, constrained her to partnership in her revelry. 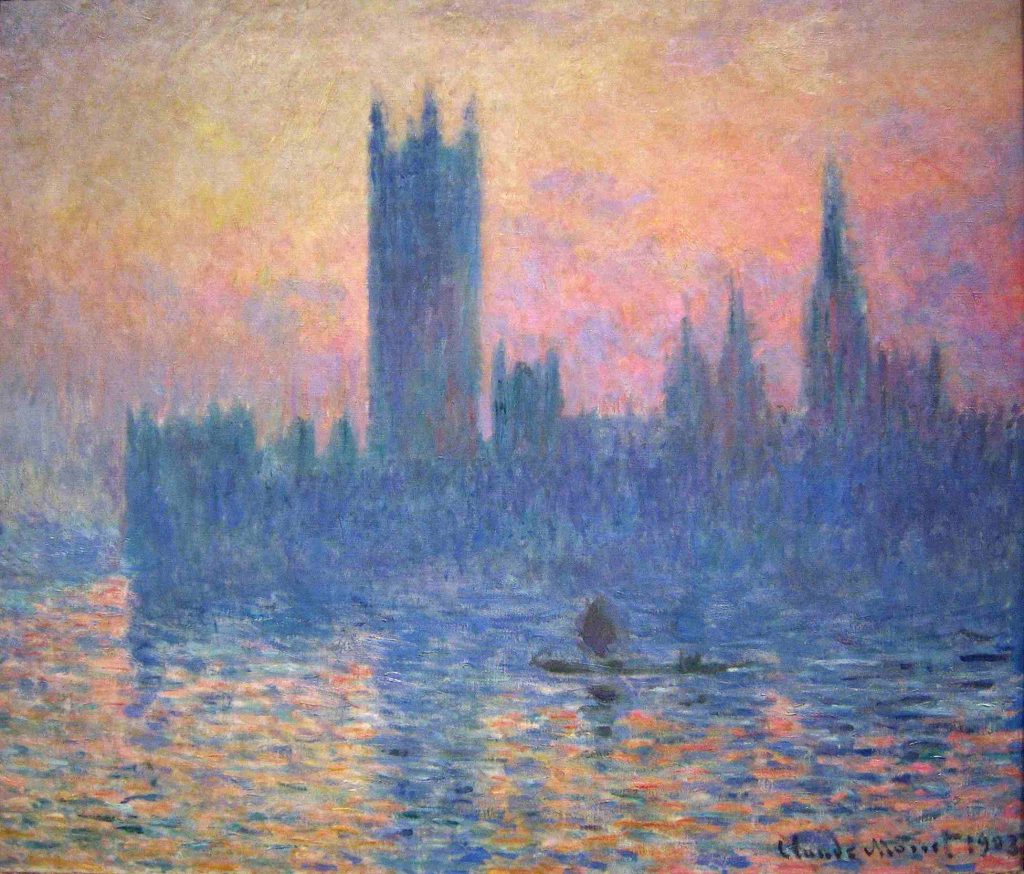 When I admire the wonders of a sunset or the beauty of the moon, my soul expands in the worship of the creation.

Childe Hassm (1859-1935).  Leader of American Impressionists who created mainly landscapes of both city and countryside in the United States and Europe. Claude Debussy (1862-1918). French composer whose distinctive sound in music is still popular today.  Often identified with French Impressionism; some of his works include Claire de Lune and La Mer.

Vincent van Gogh (1853-1890).  Although unknown during his life, Van Gogh has dominated the art world for decades; his expressive paintings touch millions around the world.  His letters are also a major resource regarding his artistic outlook and documentation of works of art.

Richard Bergh (1858-1919).  Accomplished Swedish artist known for his landscapes and portraits.  Exposed to French culture, but worked primarily in his country where he moved in a circle that included author Strindberg. Antoine de Saint Exupery (1900-1944). Renowned for The Little Prince; not only writer but aviator as well.  Lost during a military mission during World War II.

Claude Monet (1840-1926).  Supreme French Impressionist, a master of landscapes, depicting the cycle of seasons and times of day. His home and garden at Giverny attracts countless visitors. Virginia Woolf (1882-1941).  British literary luminary of first half of the twentieth century, providing psychological insight into characters in such novels as Mrs. Dalloway, To the Lighthouse, and Orlando.

Mahatma Gandhi (1869-1948). Major figure in Indian independence and originator of the non-violent movement.  NASA photo of sun setting in the earth’s atmosphere, 2009.