Sometimes one painting can not tell the full story of romantic love.  For isn’t  A Man Writing a Letter incomplete……. 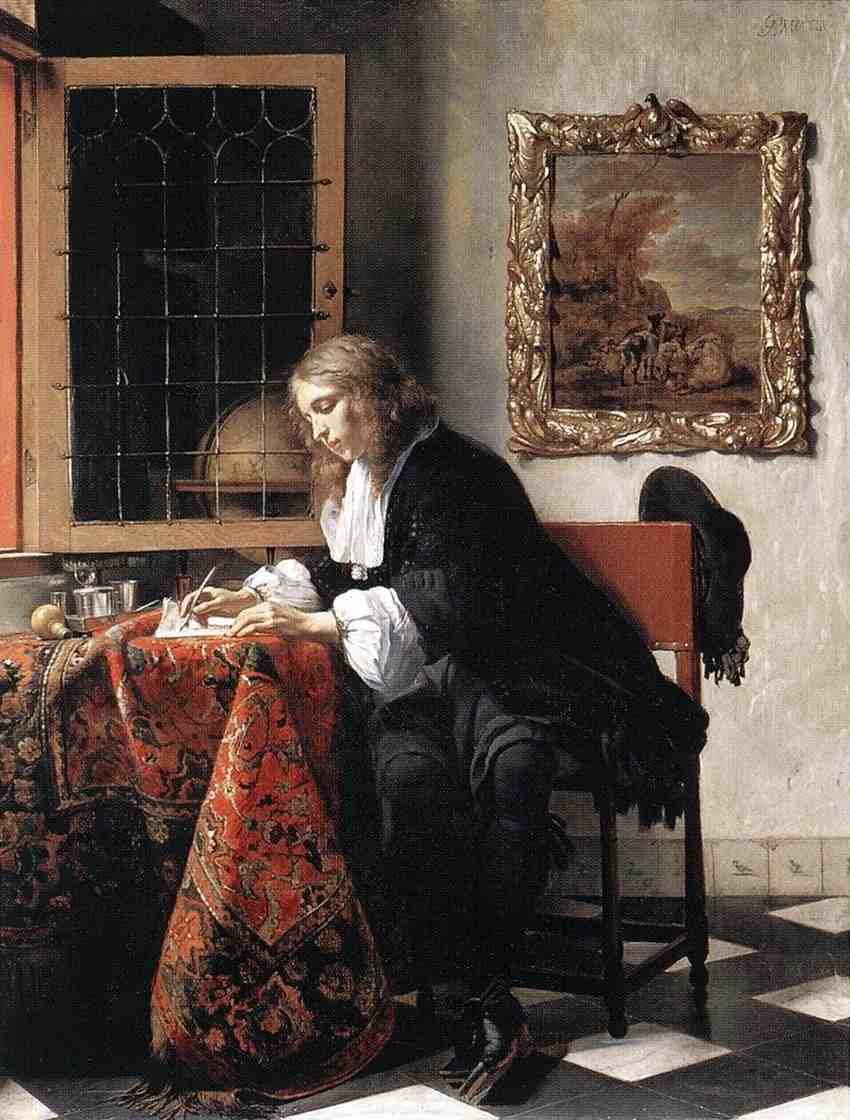 without its partner, A Woman Reading a Letter?

Dutch master Gabriel Metsu (1629-1667), who has often been compared to Johannes Vermeer in the clarity and beauty of his works, created these two striking paintings as pendants, always meant to hang together. However, in 1986, they both were stolen, victims of a major heist from the personal collection of Sir Alfred Beit, at Russborough House in Ireland. During the next few years, their fate was unknown. Fortunately, A Woman Reading a Letter surfaced first in 1990, in Istanbul, about to be traded in a heroin deal when the police recovered it. Then later, in 1993, A Man Writing a Letter was found in Antwerp, along with a Vermeer and a Goya.