THE KEY TO PARADISE

A CHILD’S MOMENT OF REFLECTION

Children are the keys of paradise. 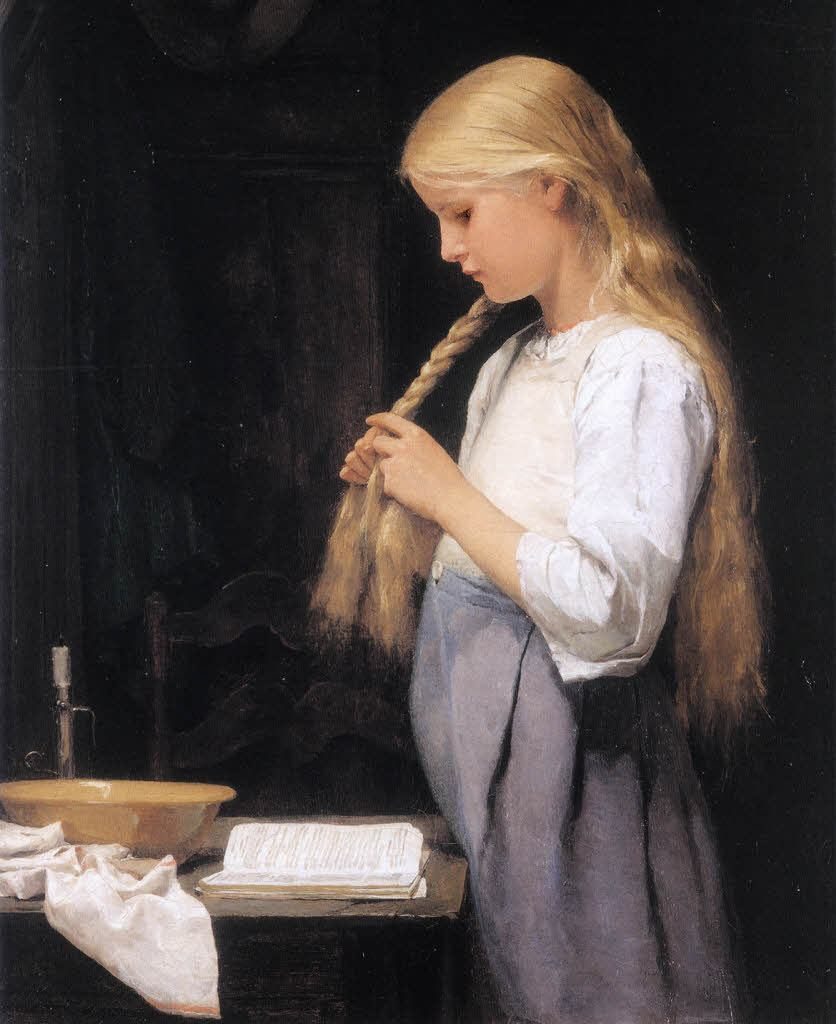 Few artists can equal Switizerland’s national painter Albert Anker (1831-1910) for his sensitive portrayals of children such as the poignant Young Girl Braiding Her Hair above. The father of three daughters and son as well as an advocate for school reform, he was in constant contact with the youngest generation, observing them both in play and in reflective moments.

Eric Hoffer (1898?-1983) was an American philosopher who wrote on political and social movements, particularly of the twentieth century.  Self educated and employed as a laborer until his retirement, Hoffer published 10 books that offered a unique viewpoint of the world.

Meet Rembrandt’s son Titus in Through an Artist’s Eyes: Learning to Live Creatively.