By Joan Hart on November 5, 2015 in Art Happenings

Mice are nocturnal, meaning they like to sleep during the day.  This is why pet mice or house mice can be heard foraging during the night.  Most wild mice are timid toward humans and other animals, but they are very social with other mice.  Domestic mice are very friendly toward humans and can make good pets for older children and adults. 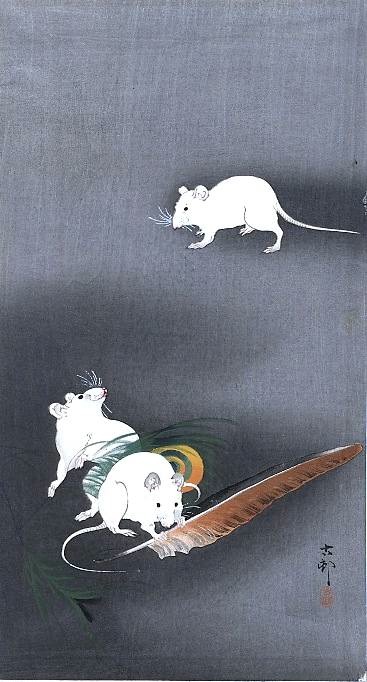 Japanese artist Ohara Koson (1877-1945) established a following not only in his his native country but the the United States as well for his lifelike woodblock prints of animals, from stately birds to inquisitive monkeys to the playful Three White Mice and a Feather above.

Through a Japanese Master’s Eyes: A Monkey’s World

The above image is in the public domain.