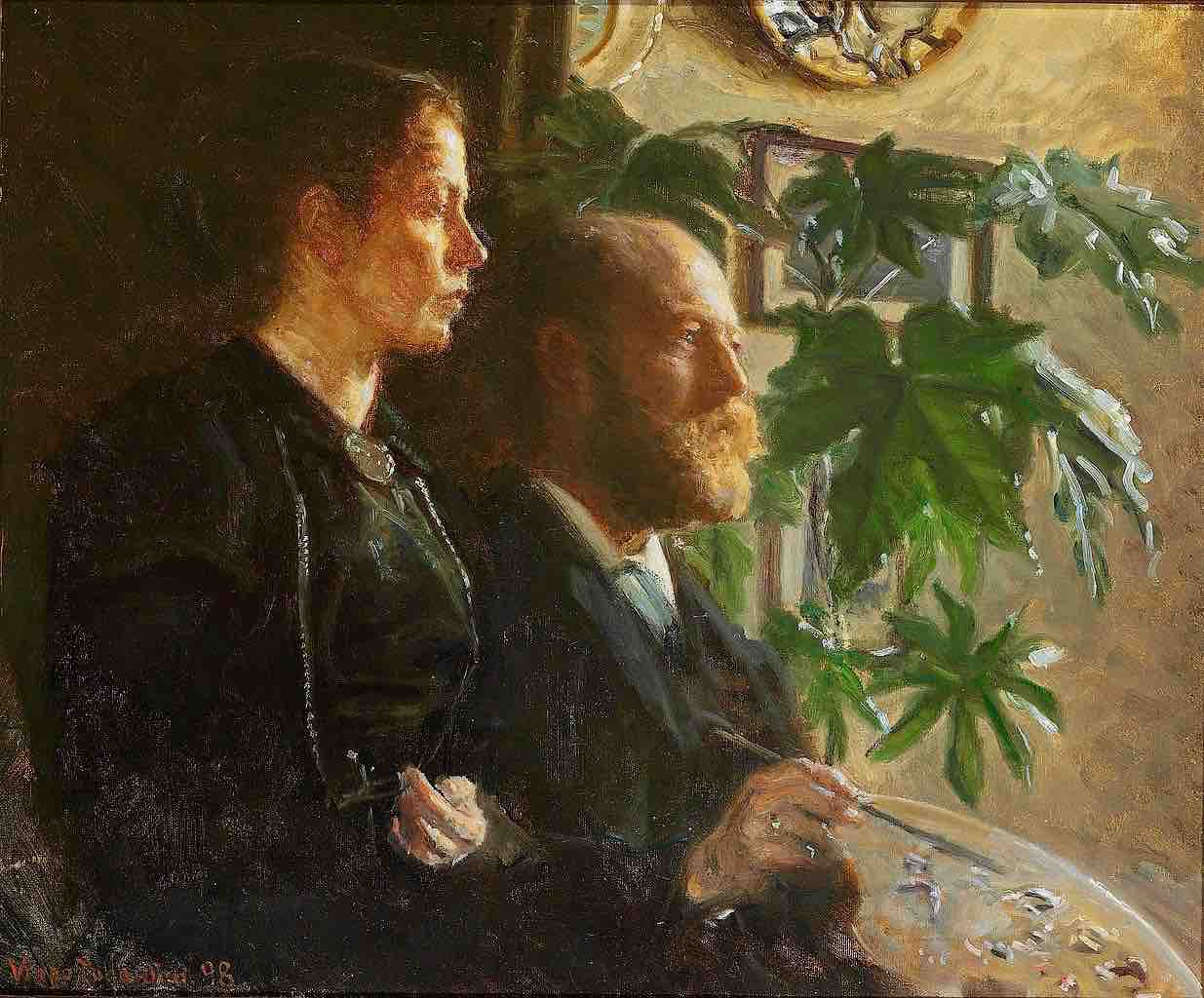 Danish master Viggo Johansen (1851-1935) was an admired figure of his country’s art establishment in the late 19th century; he also was a member of the Skagen Painters, a colony of artists who portrayed  the dramatic coast of Denmark.  Johansen demonstrates his skill in portraiture in the unique self portrait with his wife Martha, who appears in the richly colored interior below as well. 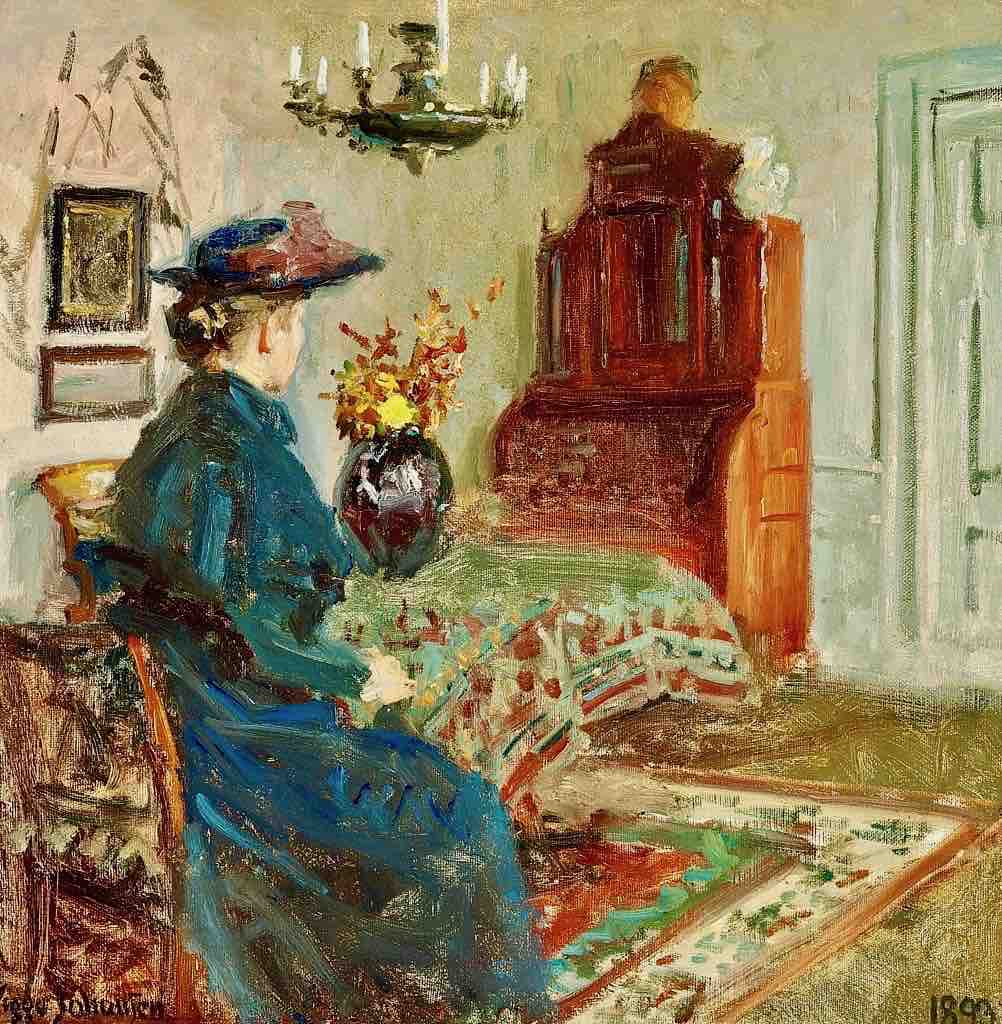