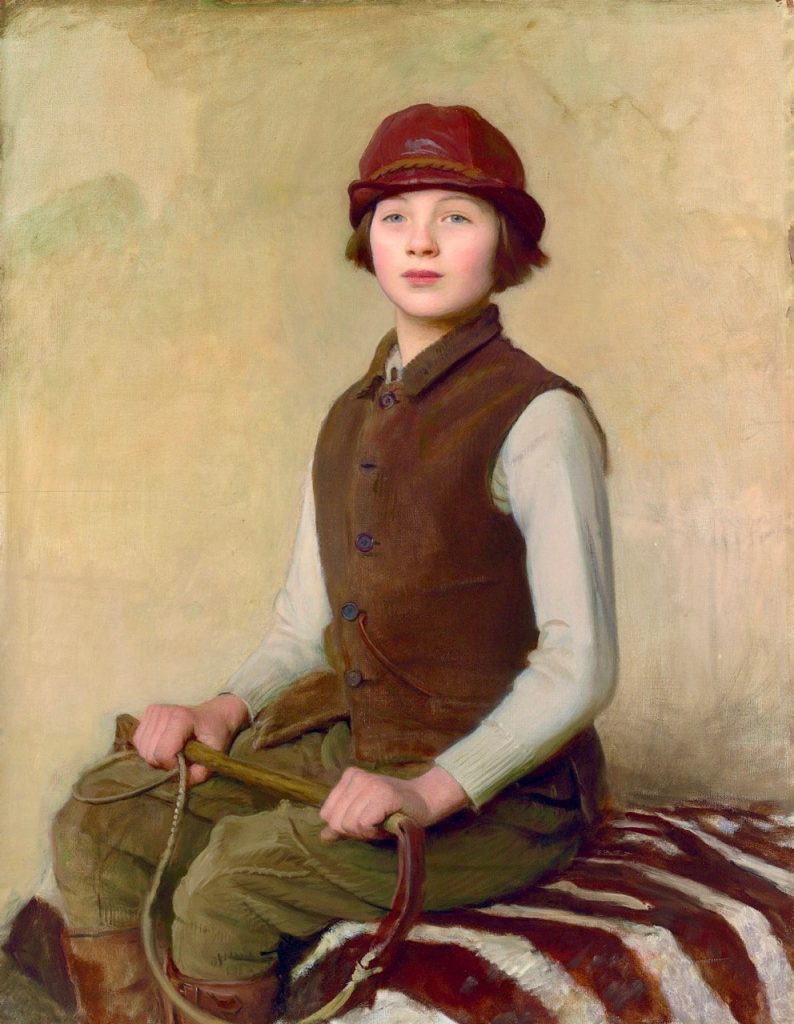 British artist George Spencer Watson (1869-1934) was an accomplished portraitist, immortalizing his sitters with a remarkable realism, evident here in his depictions of his daughter Mary. In The Saddler’s Daughter, she is about 10, proudly representing her father who was a member of the  Saddler’s Company, and below she is a more serious teenager of 17.  Mary would become a sculptor, pursuing the profession of art as well. 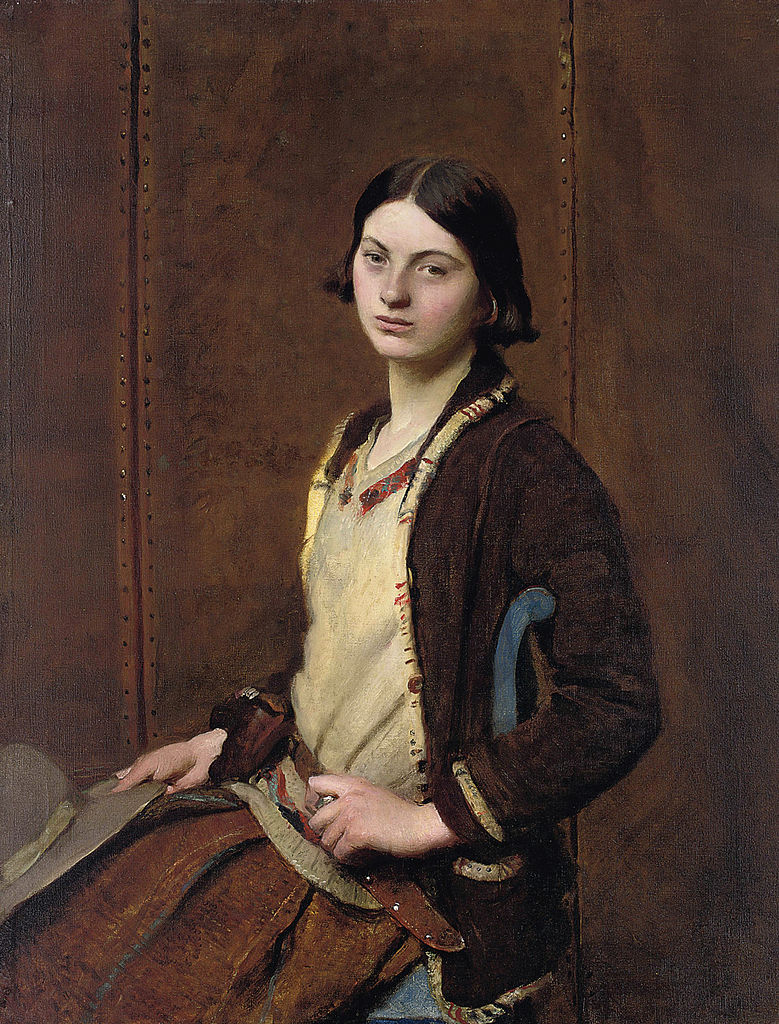