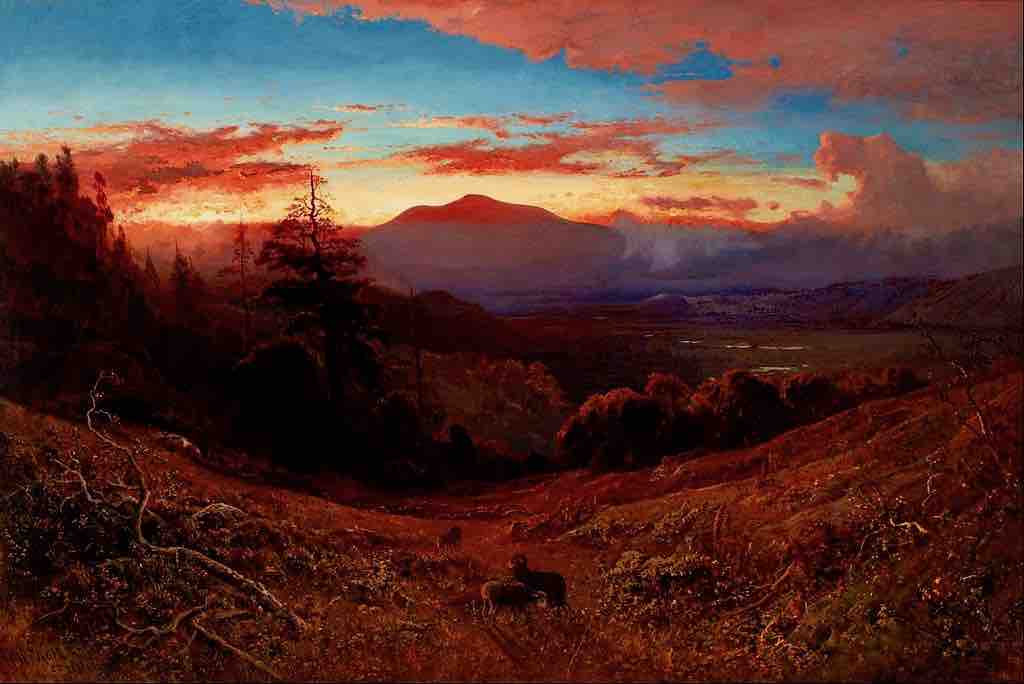 Two American artists William Keith (1838-1911) and Winslow Homer (1836-1910) were contemporaries, who interpreted the vast landscapes of the United States, but on opposite sides of the continent.  Keith, originally from Scotland, eventually settled in California where he painted the fiery sky of Mount Diablo at sunset, while Homer concentrated on the Maine coast and the drama of the setting sun on the waters off Prout’s Neck. 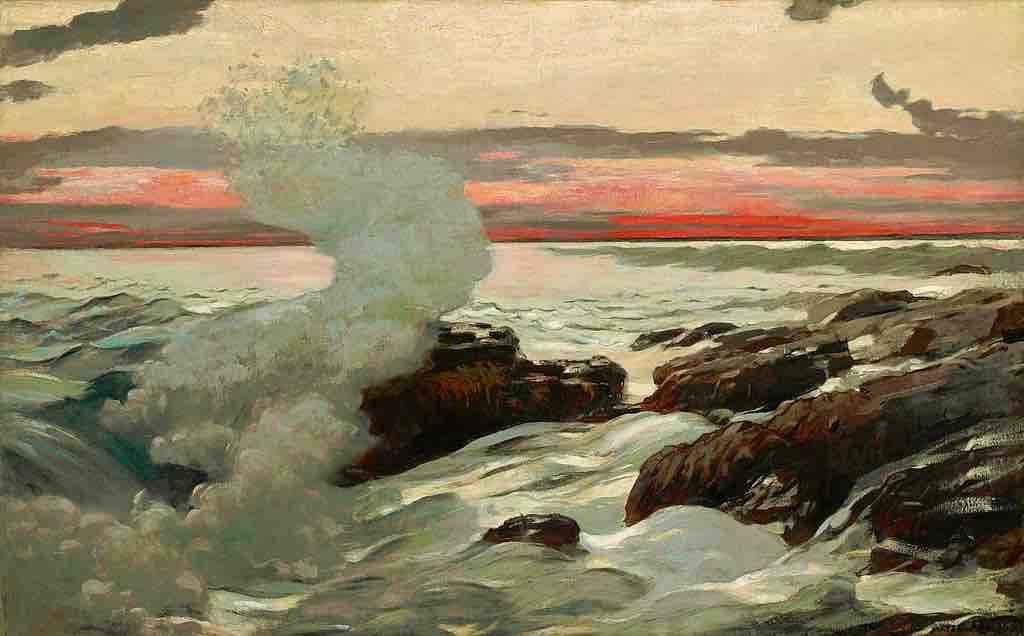