Click on the works of art to enlarge them. 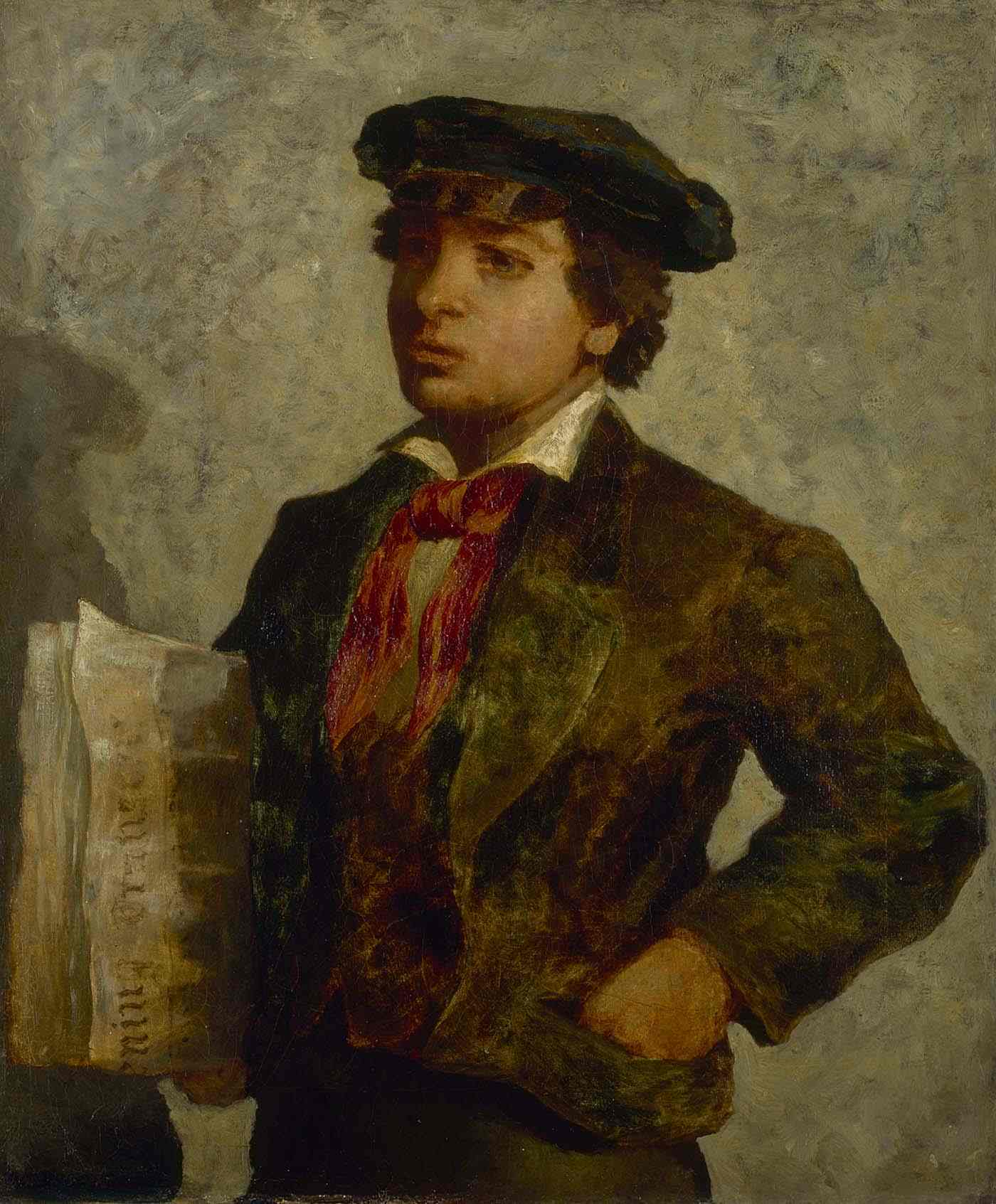 He stands on the corner every day, calling out news in all kinds of weather, through the scorching heat of summer and the icy winter snows.  But no matter the elements, he’s quite business-like in his appearance, neatly dressed in a jacket, tie, and hat.  His expression is serious too, and somewhat anxious, wondering how many more pennies he’ll be able to fit safely in his left pocket.

Newspaper Boy was painted only a few years after the Civil War by Edward Bannister. Born in 1828 in Canada, Bannister eventually settled in Providence, Rhode Island and became one of the first African-American artists to gain recognition in the United States.  Known more for his poetic landscapes, Bannister won a gold medal at the Philadelphia Centennial Exhibition for his work Under the Oaks.  However, this youngster endures as well.  A symbol of America’s past before the modern inventions of the newspaper vending machine and delivery truck.*

You might also appreciate Bannister’s lush interpretation of the countryside outside Providence, created just two years before his death in 1901. 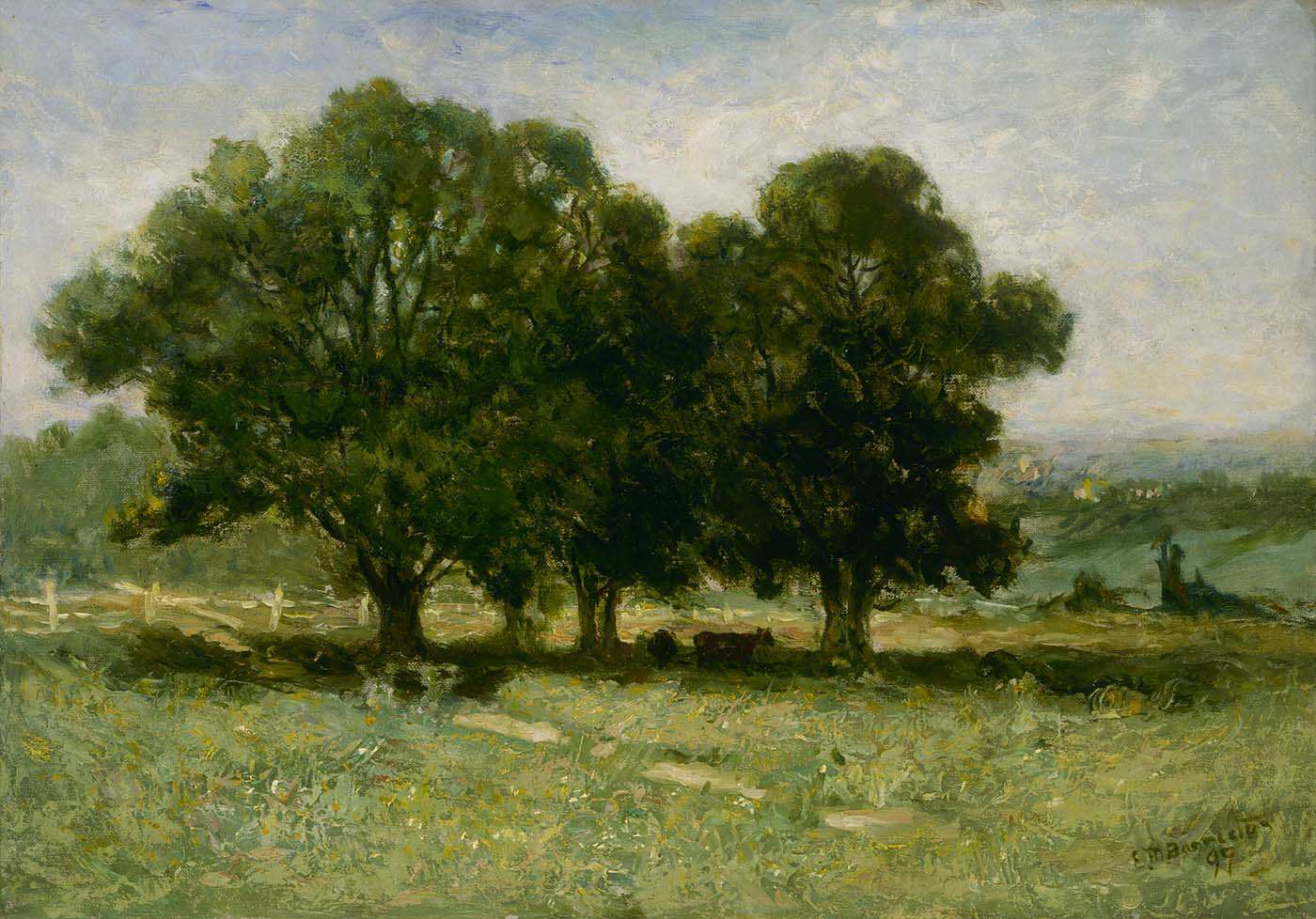