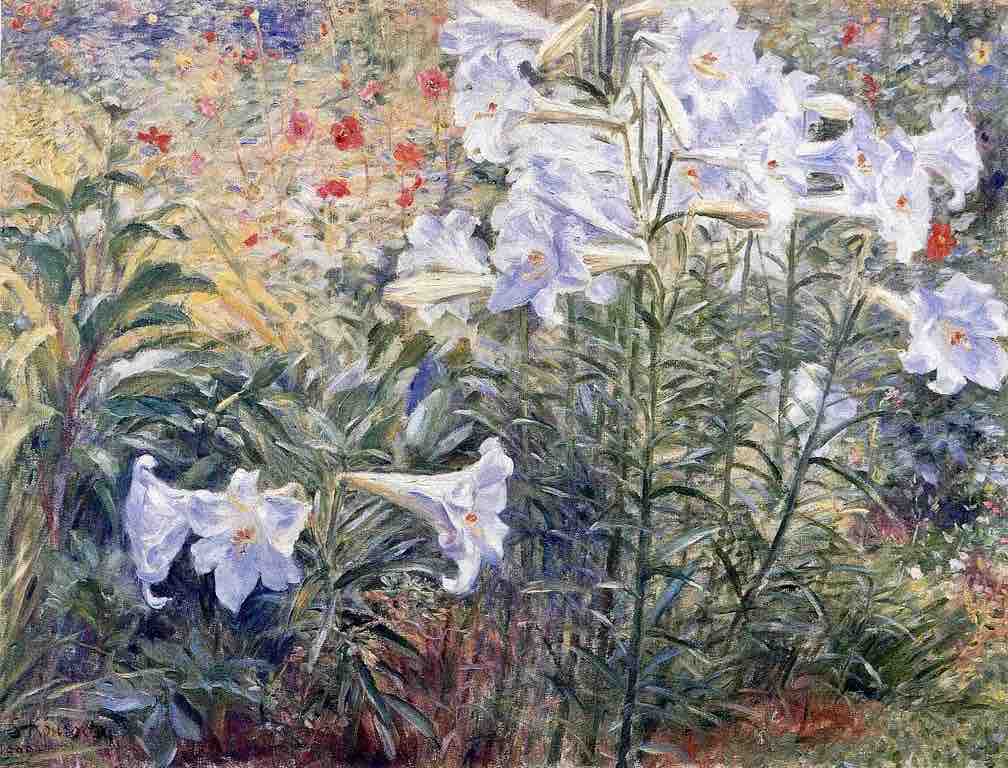 Japanese artist Kuroda Seiki (1866-1924) was influenced by both the artistic traditions of his native country as well as Western styles such as Impressionism. His interpretation of lilies is unique, representing the elegant flowers in a natural setting rather than displayed in the more standard vase.