A baby is God’s opinion that the world should go on. 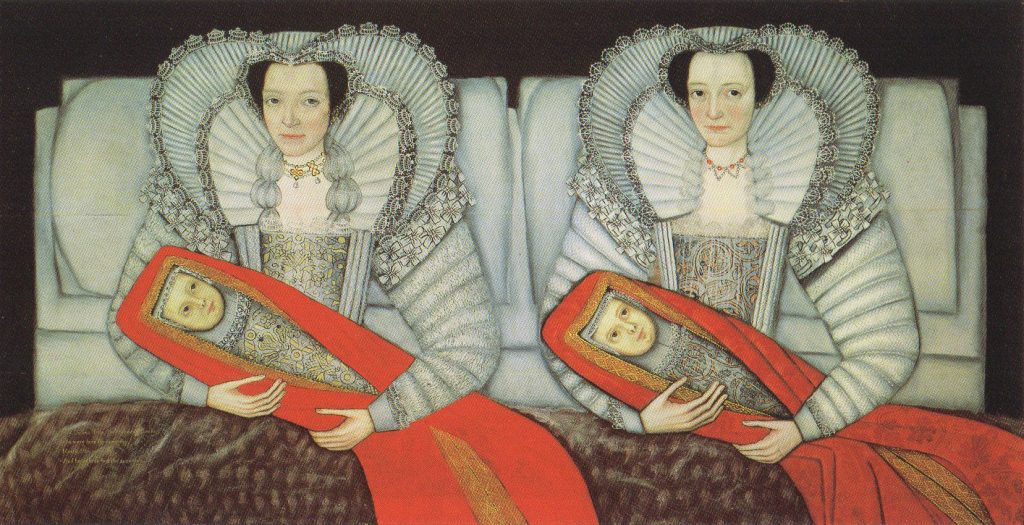 Who are The Cholmondeley Ladies now hanging at the Tate in London?  Are they actually sisters, possibly even twins, described in a nineteenth century account, as said to be born and married on the same day, represented with children in their arms?* Probably created during the reigns of Queen Elizabeth I or James I, this work was once owned by aristocrat Thomas C. Cholmondeley, although neither the two women or their babies have been definitively identified as part of his family.

Carl Sandburg (1878-1967) was a celebrated American poet, biographer, and editor who received three Pulitzer Prizes during his career.  Born and raised in Illinois, he often wrote about Midwestern subjects such as Chicago and native son Abraham Lincoln. The quote above is from Remembrance Rock, Sandburg’s sole novel.

*The main source for this blog is the Tate website.

In the U.S. public domain.