DREAMS, VISIONS, AND THE PASSIONFLOWER

I shut my eyes in order to see.* 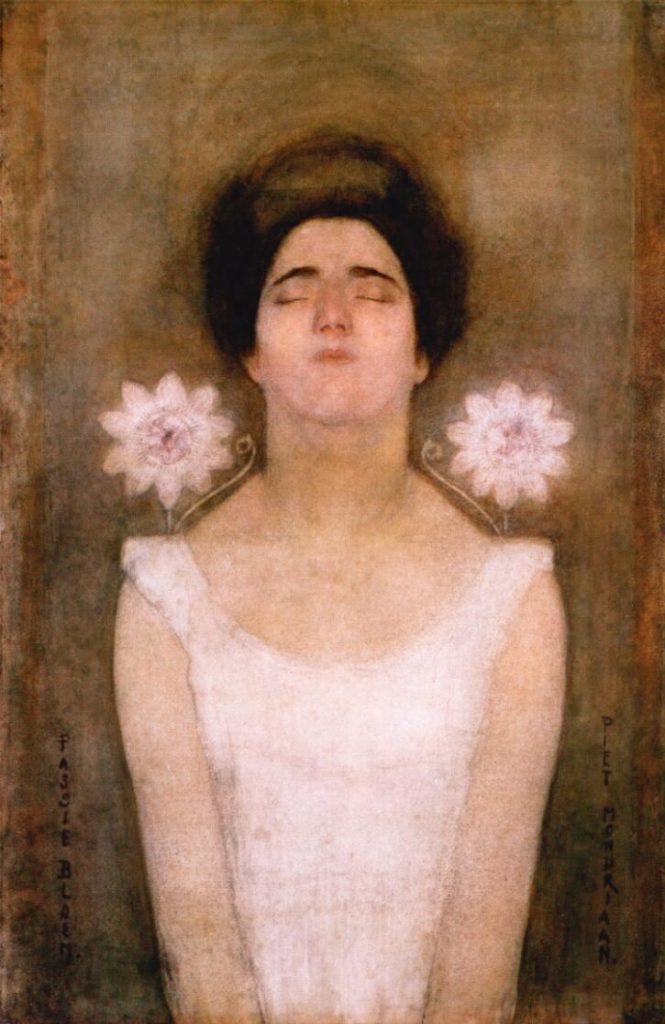 Piet Mondrian, Passionflower, 1908, watercolor and ink on paper, Gemeentemuseum, the Hague, the Netherlands

Paul Gauguin (1848-1903) expanded the boundaries of  artistic expression with his emphasis on the power of dreams and imagination in the creative process.  Or as he wrote in a letter to Andre Fontainas (dated March, 1899), My eyes close and uncomprehendingly see the dream in the infinite space that stretches away, elusive, before me.

Dutch modernist Piet Mondrian (1872-1944), a generation younger than Gauguin, began his career with symbolist paintings such as Passionflower above, but eventually became renowned for his non-representational works including Composition II in Red, Blue and Yellow and Victory Boogie Woogie.