What would be the price tag of 1,500 Renoirs in 2015? Millions, even billions, likely equaling the GDP of some modern nations.  However, their original buyer, art dealer extraordinaire Paul Durand-Ruel (1831-1922), actually faced bankruptcy trying to promote Renoir as well as his Impressionist colleagues Monet, Degas, Pissarro, Sisely, and Cassatt, among others, in the early stages of what was initially viewed as a radical art movement.

The majority of Durand-Ruel’s purchases were sold to clients, but sometimes works such as Renoir’s The Cup of Chocolate done about 1877, remained in his possession.  Why could he not bear to part with this portrayal of a woman,* stirring her cocoa (or possibly tea)?  Is it the warmth and variety of the colors?  Or the decorative surroundings of the room, from the pastel patterned wallpaper to the elegantly arranged flowers to the delicate china set? Or simply the subject herself, who by the time Durand-Ruel died in the jazz age of the 1920s, was a memory of a long ago era. 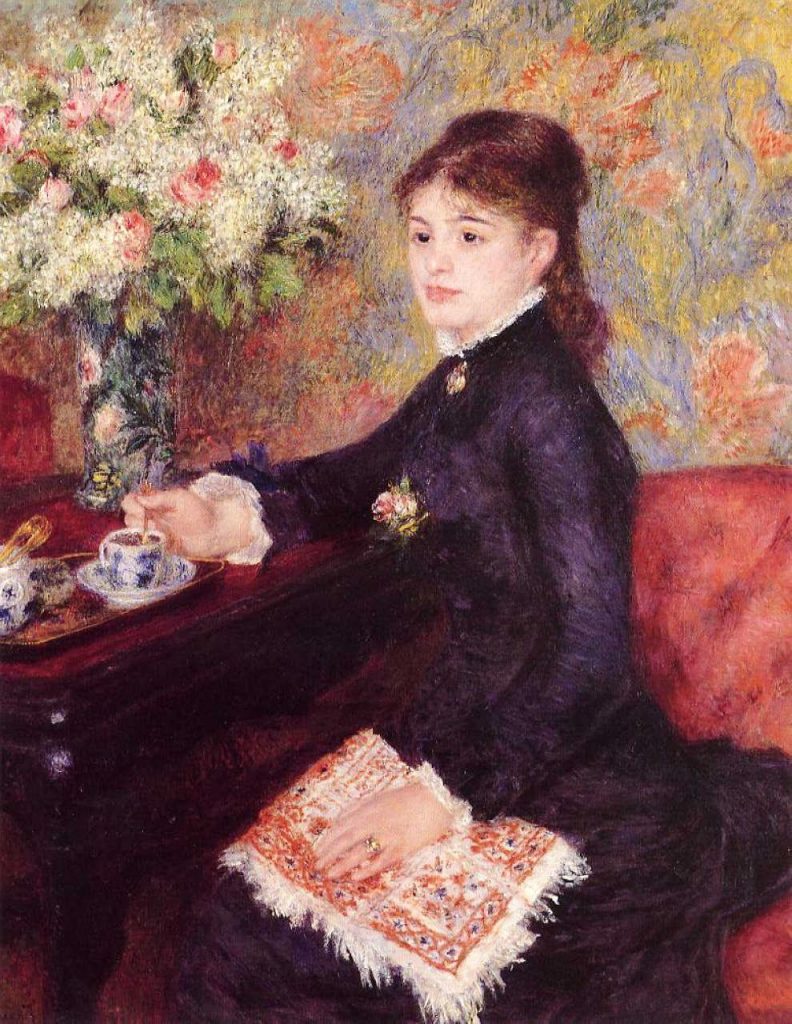 *This information is from Inventing Impressionism: Paul Durand-Ruel and the Modern Art Market by Sylvie Patry and other art historians, catalogue of exhibition, National Gallery Company, London, 2015.