OFF THE COAST OF NEW ENLAND

WITH AN AMERICAN IMPRESSIONIST 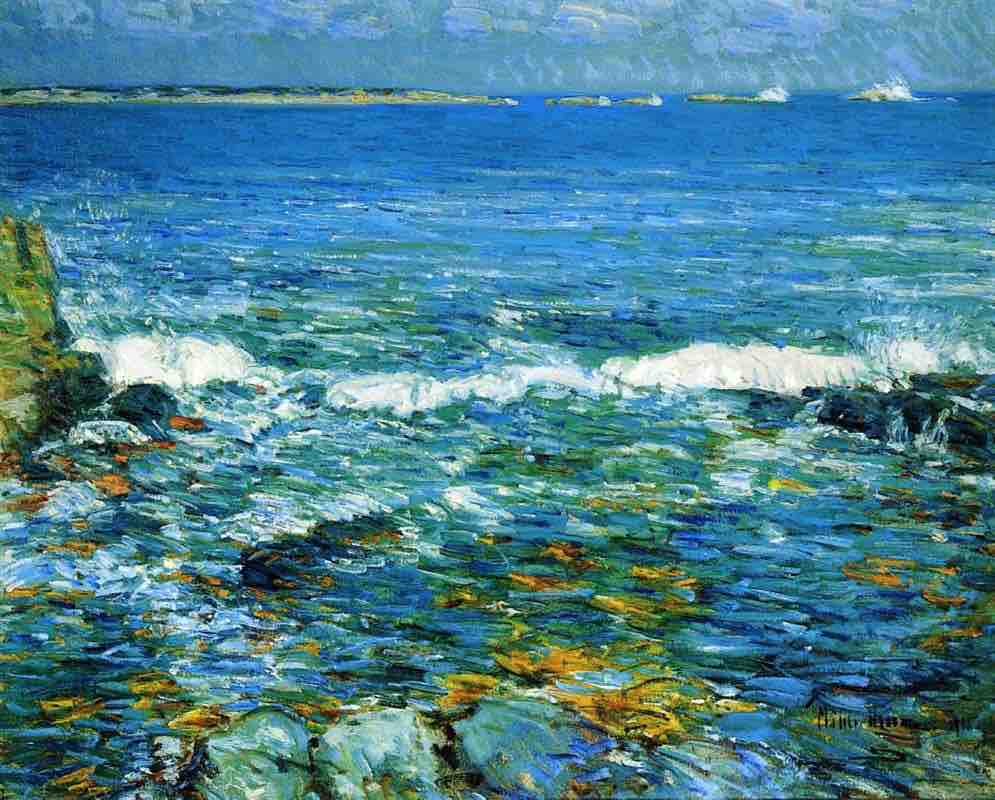 Duck Island is named for the migratory birds that inhabit the island.  Today the island is used as a wildlife refuge.  Earlier the island was a restricted zone, used as a bombing target by the government.

The Isle of Shoals, a group of nine islands off the coast of New Hampshire and Maine, was a favorite summer retreat for American Impressionist Childe Hassam (1859-1935).  He spent much of his time on Appledore, hosted by poet and friend Celia Thaxter.  However, Hassam often depicted the adjoining Duck Island which he could view from Thaxter’s home.