I’m reposting a favorite blog of mine that I hope will inspire us during this period of self-isolation.

I am enough of the artist to draw freely upon my imagination.  Imagination is more important than knowledge.  Knowledge is limited.  Imagination encircles the world.* 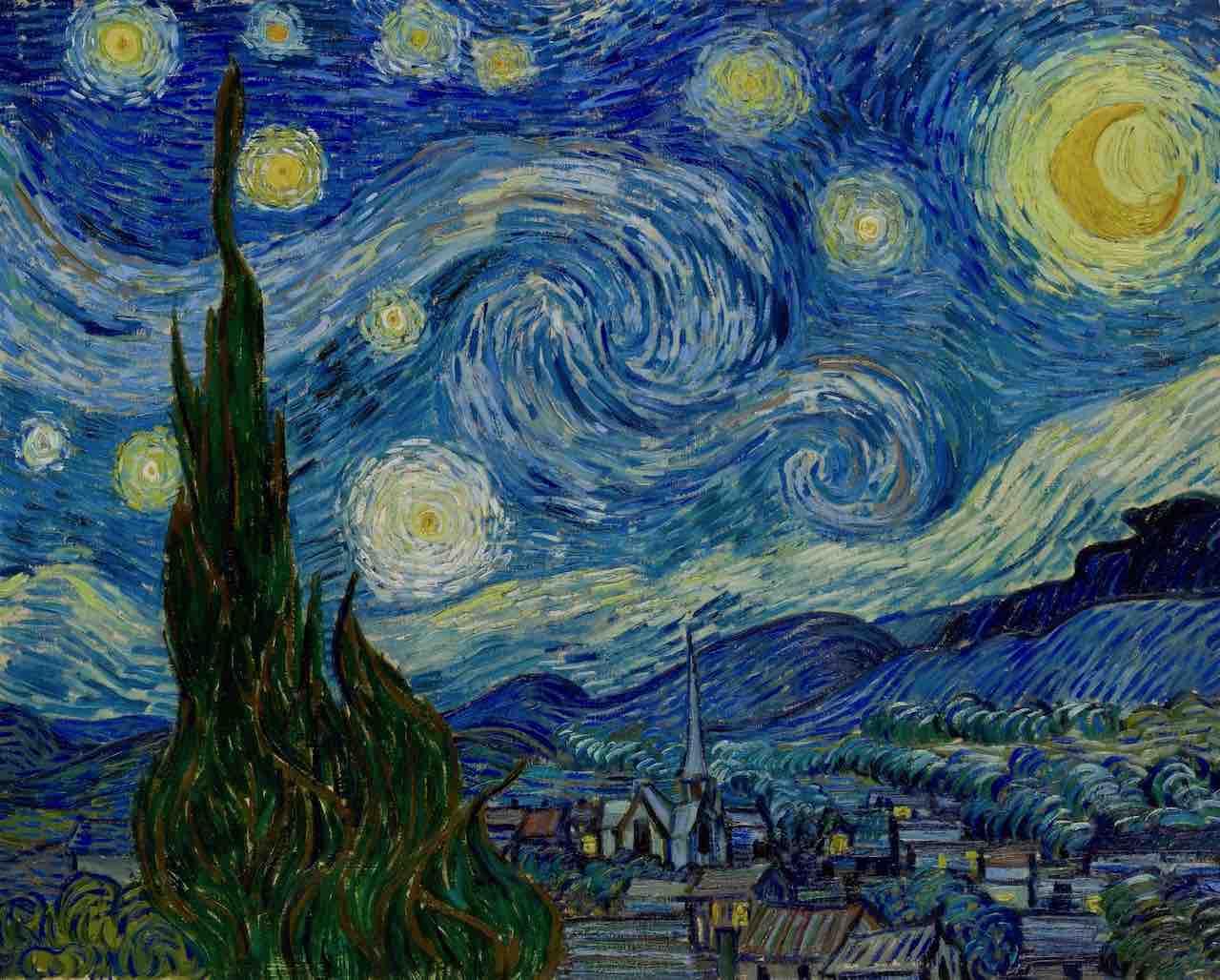 Albert Einstein (1879-1955).  Universally acclaimed physicist and humanitarian; born on March 14, 1879 in Germany where he was mainly raised; graduated with teaching degree in physics and mathematics from Swiss Federal Polytechnic School; taught at universities, first in Zurich, then later in Berlin; received Nobel Prize for Theory of Relativity in 1921; forced to flee from Nazi regime to United States in 1933; appointed professor at Institute for Advanced Studies in Princeton soon after; retired in 1945, although he continued to be renowned for innovations in his profession;  he became a prominent advocate for peace and  also pursued the study of music, acknowledging the incomparable impact of the arts and creativity on mankind.

Vincent van Gogh (1853-1890). Einstein was 10 years old when the Dutch artist painted Starry Night in his studio room at Saint Paul Asylum in Saint Remy; scores of books, films, and other media have been produced on Vincent’s icon which draws millions of visitors to its present location at the Museum of Modern Art.  Did Einstein actually see the work after its acquisition by MOMA in 1941?

*This quote can be found on many websites.