Here’s the continuation of Wednesday’s blog, beginning with Self Portrait at a Window of 1648, now in the Art Institute of Chicago, created after an inexplicable 8 year gap in the artist’s series.  Rembrandt emerges again, transformed into a different man,  Pride has been replaced by humbleness, not only in his workman’s dress, but his acceptance of loss—Saskia, children, health–and the powerlessness to stop its inevitability.*

Rembrandt, Self Portrait Drawing at a Window, 1648, etching, drypoint, and burin on ivory laid paper, Art Institute of Chicago, Illinois

The forces of adversity and misfortune that can ravage the flesh along with the mind as expressed in Self Portrait of 1655 presently in Vienna, preceded by similar portrayals executed in the 1650s.

Or has some hope been restored or at least a sense of calm, even majesty in Self Portrait of 1658, currently in the New York’s Frick Collection.  For Rembrandt, enthroned in his chair, commands us to respect his renewed strength in spite of bankruptcy (due essentially  to his overspending) and the eventual selling of his sizable house in Amsterdam. 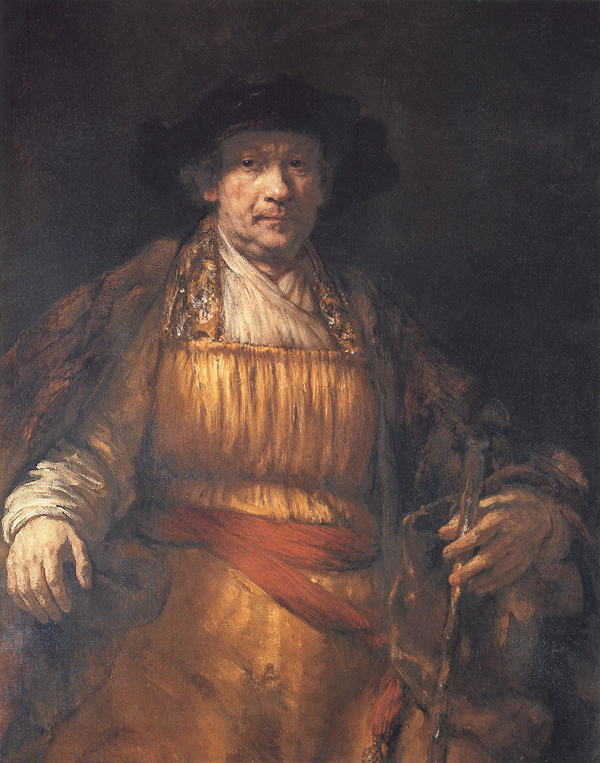 Only to be followed by the Metropolitan Museum’s Self Portrait done in 1660, another revelation of Rembrandt’s deterioration.  Does he seem to be asking for our sympathy? 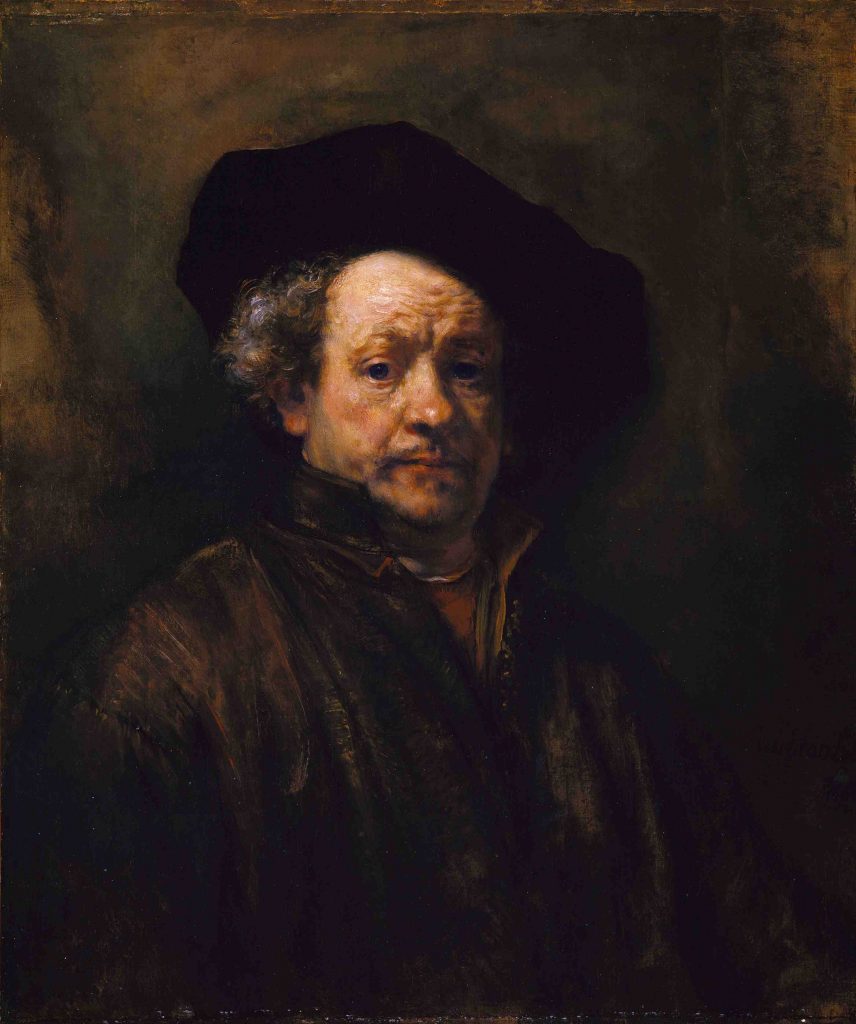 Rembrandt produced several more self portraits during his closing years, profound works of art reflecting his realization of imminent death. In the astonishing Self Portrait  of 1668 (although the date is inexact), only laugher remains for Rembrandt.  Is he sharing with us the tragic comedy of the fate that awaits all humanity? Sometimes called Rembrandt Laughs, this painting has yet to be deciphered, especially the statue or figure standing to the side. 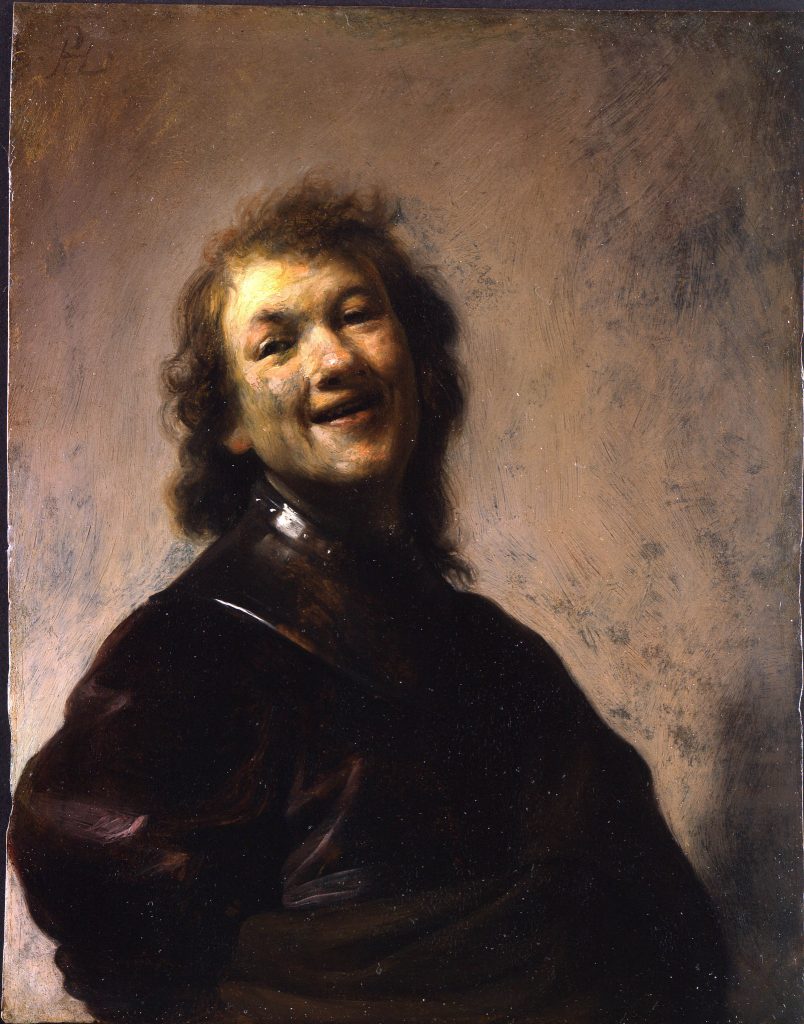 But how would the Dutch master have reacted had he been aware, almost three centuries later, that his final self portrait would be in the hands of Adolf Hitler? For in this Self Portrait of 1669,** Rebmrandt bares his soul, exposing the vulnerability of aging—the diminishing of faculties, the forgetfulness, and the dementia. No artist has been so honest  and courageous about his own mortality, reconstructing in sculpted brushwork the only face he has truly known.

Rembrandt, Self Portrait, 1669, oil on canvas, Mauritshuis, The Hague, Netherlands

*Formerly Rembrandt was thought to have lost popularity as a painter during the latter part of his career. That viewpoint has been revised—he probably was still receiving commissions, but might have intentionally curbed his artistic production in that area.

**This Self Portrait was recovered from Altaussee salt mine in May, 1945 and is presently in the collection of Mauritshuis, The Hague, Netherlands.

The main resource for this blog was An Introduction to Rembrandt by Kenneth Clark, Harper & Row, Publishers, New York, 1978.

COMING NEXT WEEK: MORE ON THE VERMEERS OWNED BY HITLER