Click on the image to enhance the work of art.

Did you know one of the victims of the tragic sinking of the Titanic that occurred 100 years ago today was an artist?  He was Francis or Frank Millet (1846-1912) whose life is commemorated by a sculpture near the White House, the Butt-Millet Memorial Fountain, created in 1913 by Daniel Chester French, renowned for his statue of Abraham Lincoln in the Lincoln Memorial.  Archibald Butt, a military aide to President Taft and close friend to Millet, is also honored.  According to witnesses on the Titanic, “both men were last seen giving up their life preservers to women passengers, shortly before the ship sank in in the icy Atlantic waters.”*

Millet was survived by a wife, Elizabeth Merrill Millet, and several children. The American artist John Singer Sargent, decades before, immortalized a youthful Elizabeth early in her marriage. 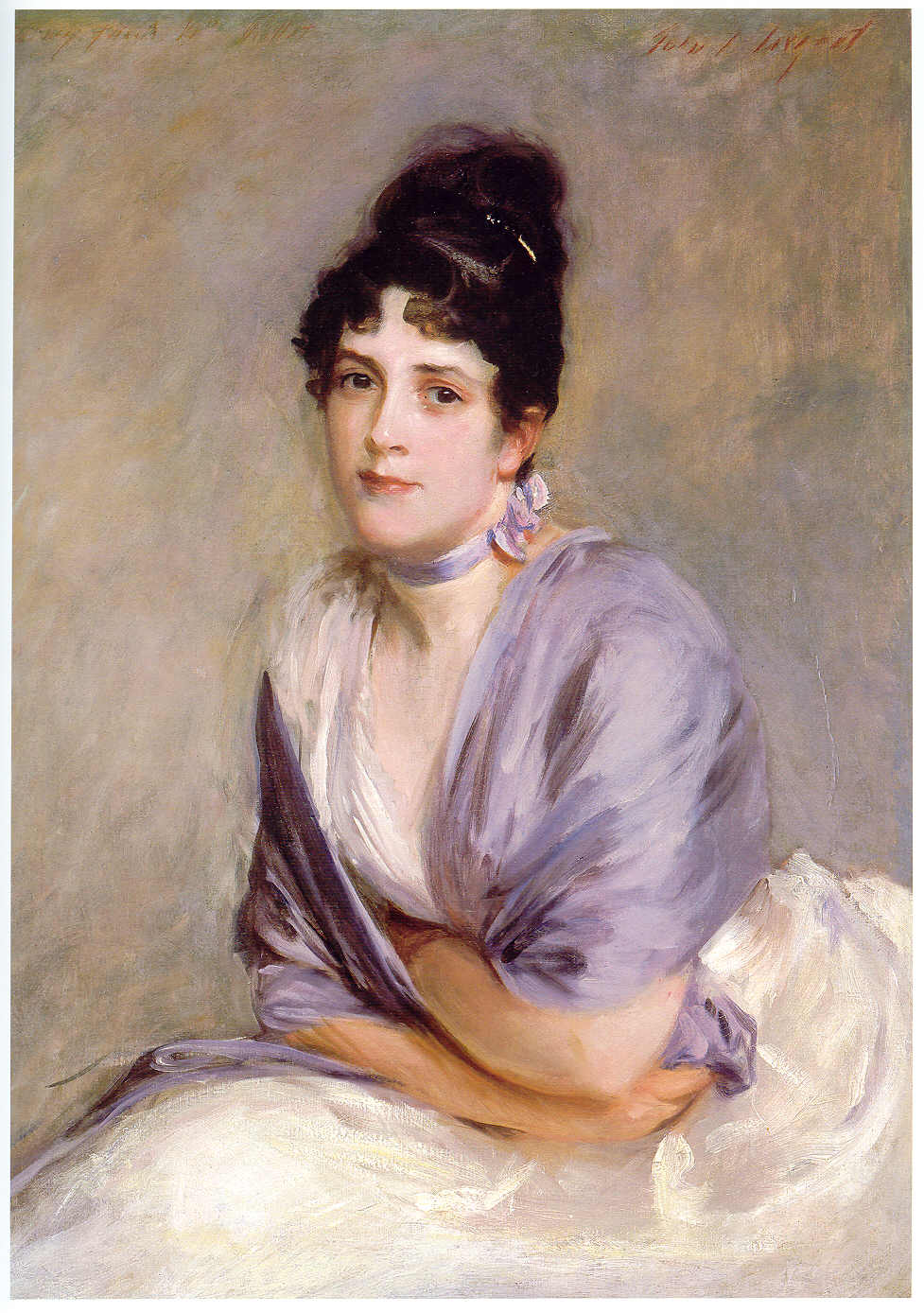 Van Gogh Up Close: Take a Mini-Tour of Vincent’s World in 2012 Exhibition
Arts Everyday Living: Take Another Journey into the World of the Colorful Realm