On August 24, 79 A.D., Pliny the Younger, like thousands of other Romans who resided in Pompeii, Herculaneum,  and other towns around the Bay of Naples, heard a series of earth shaking blasts from nearby Mount Vesuvius, followed by a massive cloud which he later described as rising,

…to a great height on a sort of trunk and then split off into branches, I imagine because it was thrust upwards by the first blast and left unsupported as the pressure subsided, or else it was borne down by its own weight so that it spread out and gradually dispersed.  Sometimes it looked white, sometimes blotched and dirty, according to the amount of soil and ashes it carried with it…..

Sunday will be the 1935th  anniversary of this cataclysmic event which has both fascinated and terrified succeeding generations, including writers, artists, and filmmakers.  For example, in the late 1700s, Frenchman Pierre-Jacques Volaire (1729-1799) became a specialist in eruptions of Mount Vesuvius, moving to Naples so he could better observe his subject. For since Pompeii had been evacuated in 1748, after being buried for more than 1600 years, depictions of the fiery volcano were increasingly in demand by collectors who were drawn to the dramatic story of destruction and death.

The figures in View of the Eruption of Vesuvius and Vesuvius appear to be in contemporary attire, although some other artists, unlike Volaire, set the action at the time of the actual event  Mount Vesuvius was particularly active during the 17th  and 18th centuries. in 1631, it killed some 18,000 people; other major events occurred in 1767, 1779, and 1794.

Explosions continued throughout  the 1800s and into the 1900s, the last one happening in 1944 during World War II.  But Mount Vesuvius has never struck with the same ferocity as that day in 79 A.D.  Will it happen again in a region with a population of some 3 million? 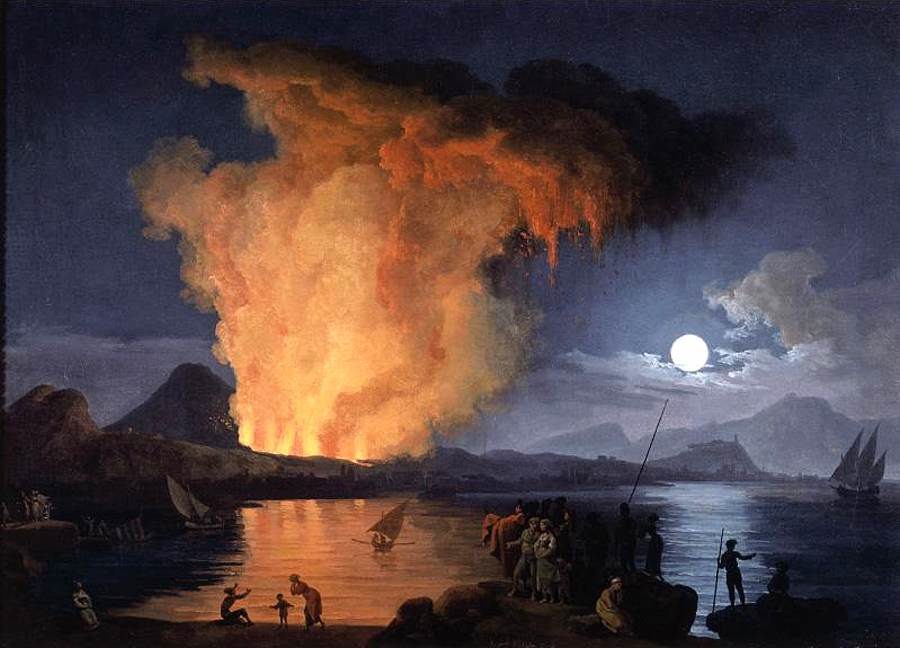 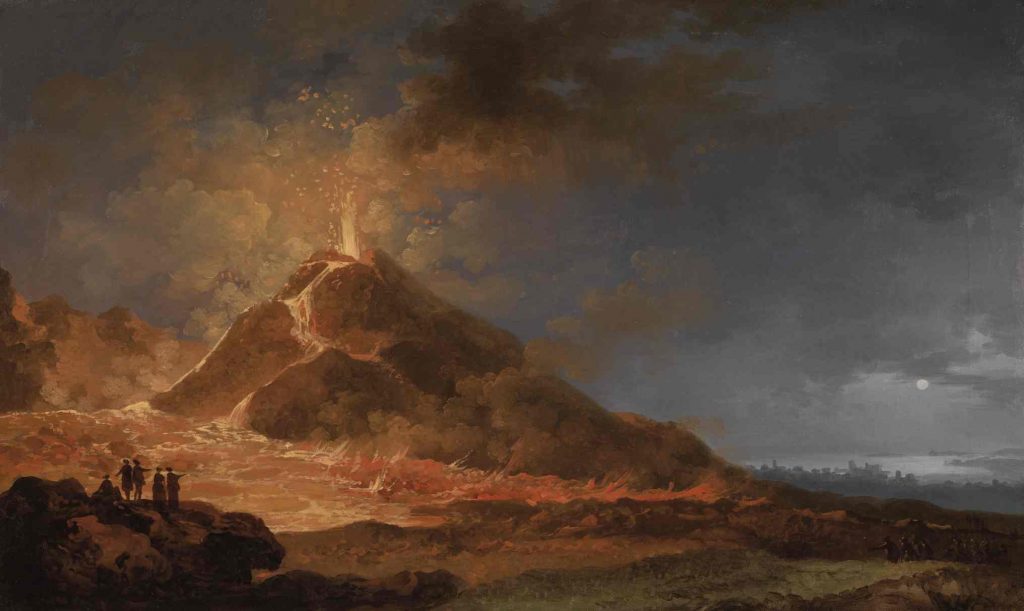 Research for this blog is mainly from Pompeii and the Roman Villa by Carol C. Mattusch, published by National Gallery of Art, Washington, D.C.,2008.