INSIDE THE ART MUSEUM, PART II

BANKS OF THE SEINE, VETHEUIL: THE FORGOTTEN PAINTING?

I’m continuing our tour of the Impressionist wing at the National Gallery of Art, Washington, D.C. (See: Monday at the Art Museum, Oh My God—It’s a Monet!).  Just across from The Artist’s Garden at Vetheuil which was highlighted on my previous blog, is the Banks of the Seine, Vetheuil, another work Claude Monet created in the summer of 1880.  It shares a corner with a Renoir 1885 portrait, Girl with a Hoop, which as you can see, is getting undivided attention from a museum visitor.

Several times I observed the same preference in the gallery that day.  Ironically, until the recent renovation, Banks of the Seine, Vetheuil, used to occupy that spot where the Renoir hangs.  But, just as now, it was generally ignored; I often found that I was the only one absorbing its quiet beauty. 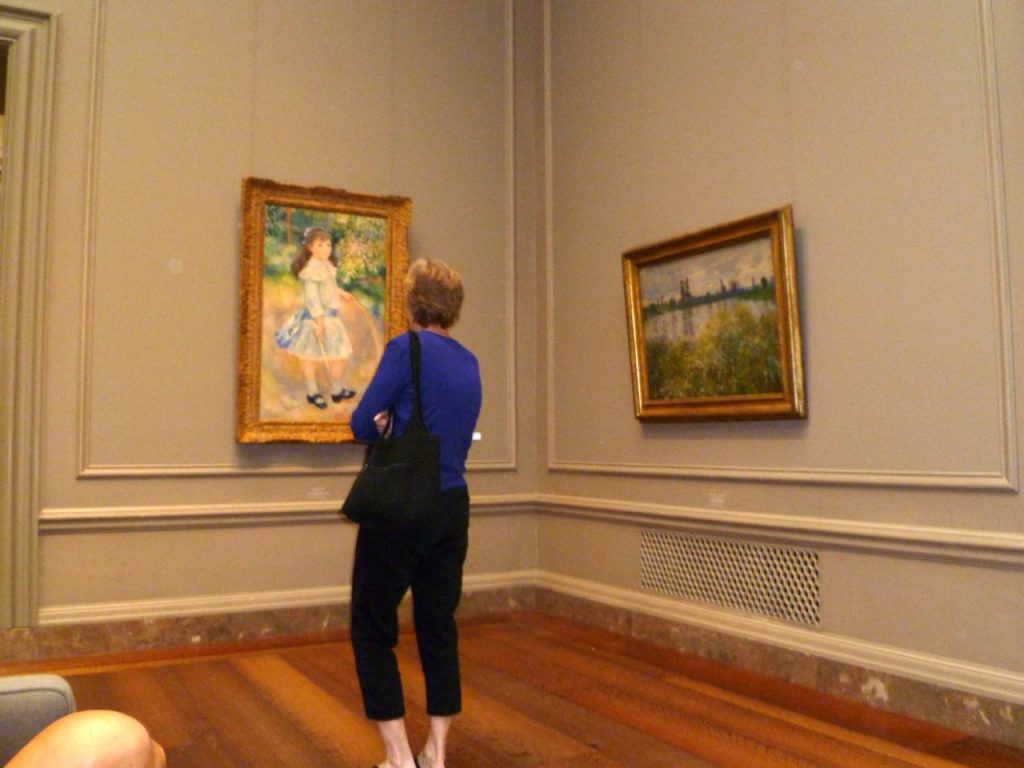 Is it the sense of solitude that attracts me—of being alone, deep in the countryside? Floating in a boat among the islands of the Seine, unaware of the hour.  Perhaps it is morning, not long after dawn?  Or a warm, hazy afternoon, under an overcast sky?  Colors muted by the atmosphere, while tree silhouettes reflect downward into the calm water.

Or am I really drawn to the mass of yellow, white, and blue wildflowers in the foreground?  Reaching up and outward beyond the picture’s frame, uplifted by the strength of the magician Monet’s brushwork which I can almost touch.

James F. Sutton (1842-1915), an American art dealer, bought Banks of the Seine, Vetheuil directly from  Monet according to the museum’s account.  And a couple of rooms away, you’ll discover Rouen Cathedral, West Facade, also sold to Sutton by the artist.  It is on our left, next to Rouen Cathedral, West Facade, Sunlight, another of the twenty plus views Monet labored over from his temporary dwelling across from the fairy-talk like structure.

However, you would have to trek throughout most of the National Gallery to see all of the some 300 works donated by Chester Dale (1882-1962), which includes the pair below as well as Banks of the Seine, Vetheuil (which he probably purchased in the 1930s). 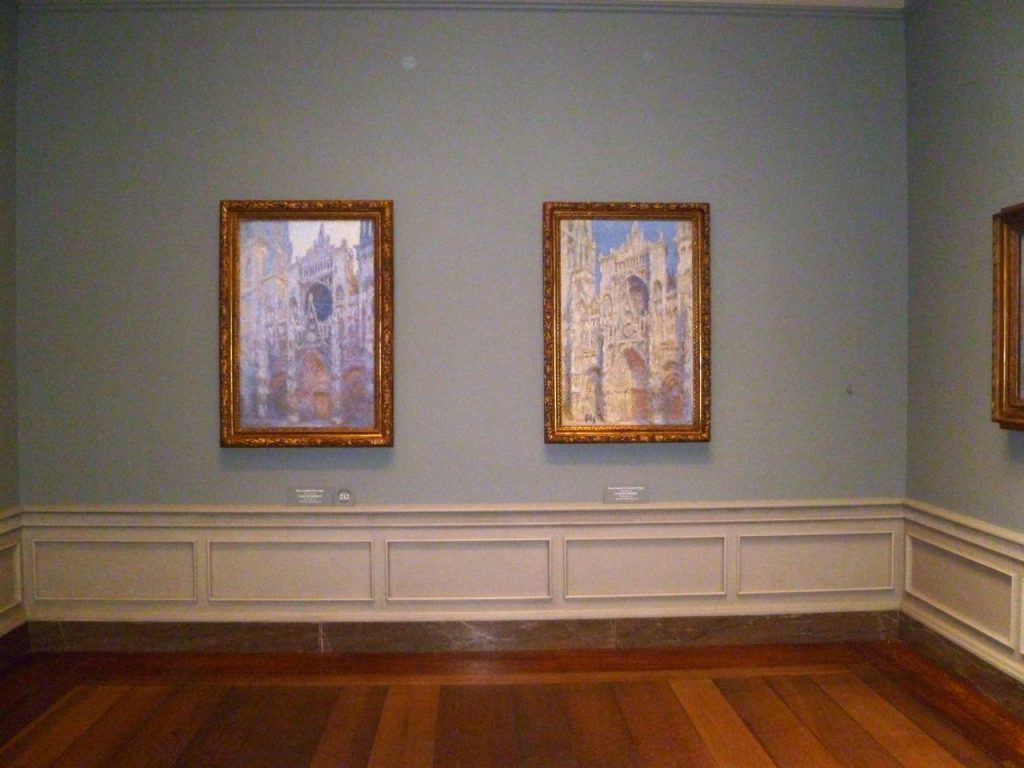 Unlike The Artist’s Garden at Vetheuil, the National Gallery of Art does not have an image of Banks of the Seine, Vetheuil that you can magnify on its website.  Am I surprised?  So please be certain to click on the reproduction on the blog to enlarge it.

The works of art above are used solely for educational purposes.